Desmin Borges who plays Edgar in the show You’re the Worst explains what happened? 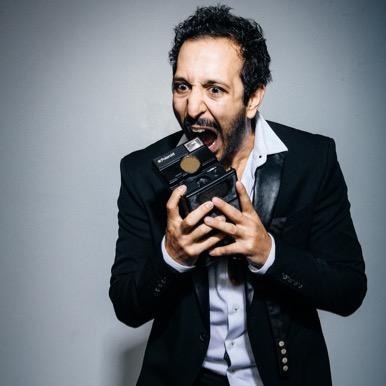 In the previous episode of You’re the Worst, we were told that Edgar (Desmin Borges) has a meeting at the VA but that meeting was never shown. The reason behind it is that You’re the Worst are planning to put the Iraq war veteran Edgar Quintero in the spotlight, in the upcoming episode “Twenty-Two”.

The title pays a tribute to the number of veterans who commit suicide every day and the episode is likely to reveal the reason behind the suicides. Twenty-Two will be written and directed by creator Stephen Falk.

Twenty-two tracks the story of war veteran Edgar, who decides to get off his medicines around Los Angeles when the show begins. However, his act sees him being ignored by his friends, as he begins to confront his thoughts of Paranoia and Suicide. Edgar in the first episode finds peace when he meets a tow truck driver, who also is a veteran.

The episode will be presented from Edgar’s perspective, which will have a muddy tone and a fuzzy sound. Borges who has experience of PTSD for previous two and a half year will bring life to his character Edgar and his skill will be valuable in displaying the pains that we have seen Edgar suffered in the past.

Keeping it Summery and Light at the YOU’RE THE WORST Season 3 Premiere. Thank you to @gant1949 for the dope linen jacket, and @shopdibi for the DOPEST lapel pin ever!! Grooming done by the fantastic @sydneysollod!! Thanks for making me look handsome-like !! #youretheworst

Talking about his on-screen character, Edgar, Desmin said that his character has been near this breaking point for a long time now. Desmin further went on to explain how he started to research on going to war, and life with PTSD in the first season of You’re the Worst.

Desmin, months before he starts filming for his show, puts himself in an army routine in order to get the best out of his character. Also while talking about his role, Desmin believes that the birth of his first child also helped him to feel his character.

The feeling of his wife and their newborn being across the country and the feeling of “doing what I can to provide for my family” gave a different energy to him and to his character.

Further elaborating about his character, Desmin stated that carrying a PTSD has been a testing task yet it has also been a factor which has added humour in his show. He also spoke about how the director approached him for the role he said, “He didn’t say much, he just asked when my son was due and told me to be with my family and come back because I was doing Edgar, which this time will be emotionally draining.