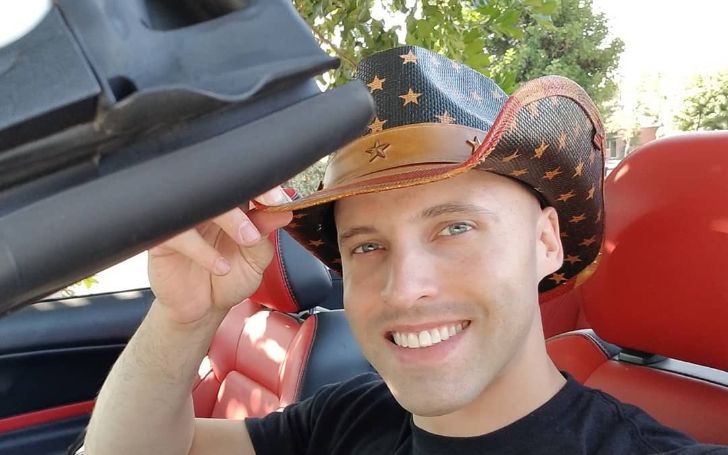 David Packouz is an American former arms dealer, inventor and musician. He is infamous for pulling off one of the biggest arms deals in America. However, Packouz is now famous as a musician.

Packouz served a sentence of seven months of house arrest. Guy Lawson transcribed his story into the 2015 novel Arms and the Dudes. In addition, the novel was later got adapted into a movie titled War Dogs.

How old is David Packouz?

David Packouz is 40 years old. The singer was born on February 16, 1982. Furthermore, Packouz was born in St. Louis, Missouri, USA. And so, the ex-arms dealer, David, holds an American nationality. In addition, Packouz’s star sign is Aquarius.

Paclouz was born to Shoshana and Rabbi Kalman Packouz. In addition, he is one of nine children. However, the identity of his siblings is unavailable.

Before working at AEY, Packouz was a Licensed Massage Therapist. Not much information is available on David’s childhood. Besides, he does not talk much about his life.

As of April 2022, David Packouz is single. However, he did have a girlfriend he loved. In addition, the couple also welcomed a daughter named Amabelle Jane.

The identity of Amabelle’s mother is unknown. However, David shared pictures of the mother of his children in a music video. What’s more, Packouz dedicated the song to his daughter.

Is Efraim Diveroli in a relationship?

Packouz could be casually dating at the moment. But, he has not hinted at a serious relationship with anyone. Besides, David is very dedicated to raising his daughter.

What is David Packouz’s net worth?

As of 2022, David Packouz’s net worth is approximately $2.9 million. He started earning a lot after joining Efraim Diveroli’s arms company AEY Inc. in 2005. By late 2006, the crime partners had won 149 contracts worth around $10.5 million.

However, Packouz and Diveroli were arrested for Conspiracy to Defraud the United States. Packouz appeared in his biopic as a singer after serving his sentence. In addition, he now stays away from illegal activities.

David invented a guitar pedal, the drum machine. In addition, he named it Beat Buddy. As of now, Packouz is the CEO of the music technology company Singular Sound.

Packouz shares several pictures of him living his best life. In addition, he shares pictures of his daughter, who he adores. The star seems genuinely happy with his life.