Confederate statues & memorials are being removed throughout the US states 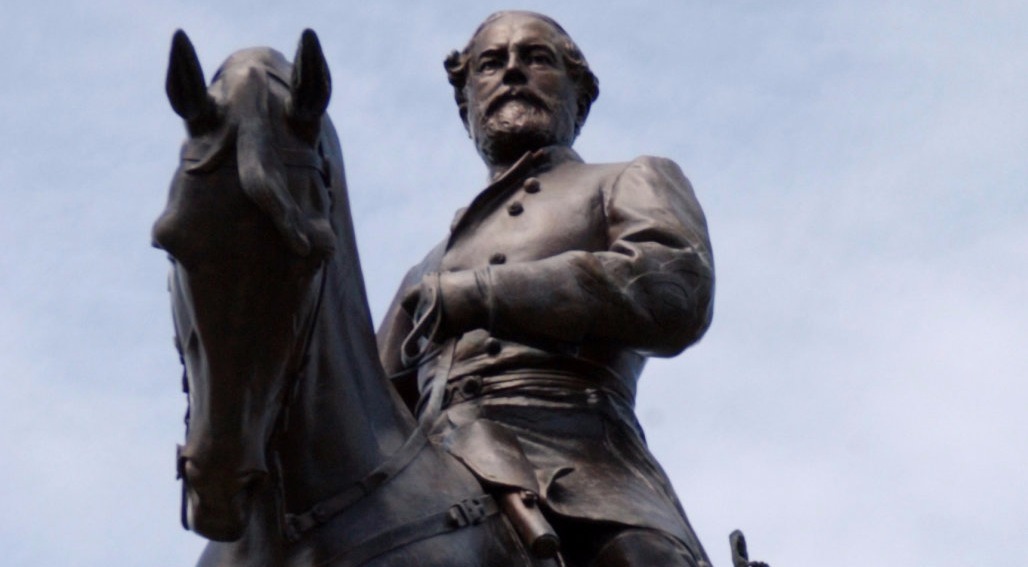 The Confederate Statues has been the epicenter of the latest national debate of removing the statues. However, the monuments of General Robert E. Lee have aroused a fiery debate by public memorials seeking a lawsuit to block the city removing statues. The plaques of Southern Civil War generals have led to dry courtroom arguments.

The resemblance of the history, Confederate Statues and its removal from the public places has collected mixed opinions. Now, it has become a perplexing and conflicting topic, where many are ready to accept the fact that the history should be preserved in museums and all. While other take that as an act of disrespect. 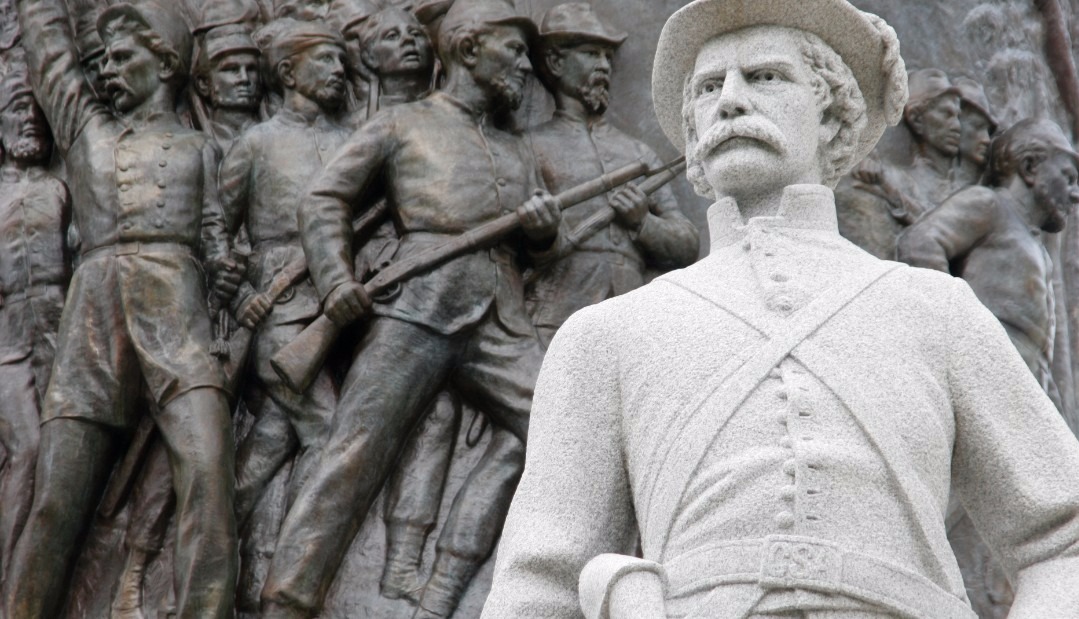 Following the discussion and violence in several cities of America, the mayor has made it clear that the action has taken for for public’s safety.

Moreover, there are many cities which are still going through the legal battle to jump into the conclusion whether or not to remove the Confederate statues.

List of cities that have already removed the Confederate memorial monuments

The statue of former Supreme Court Justice Roger Taney, which had been on the front lawn of State House’s for 145 years has now been removed. The city workers carried away the monument during the night on August 18.

On the University of Texas campus’s pedestals, there were statues of four people, including Robert E. Lee, John H. Reagan, Albert Sidney Johnson, and former Texas Governor, James Stephen Hogg. The statues have now been removed. On that very matter, the UT’s president clearly mentioned in a written statement that “Confederate monuments have become symbols of modern white supremacy and neo-Nazism.” 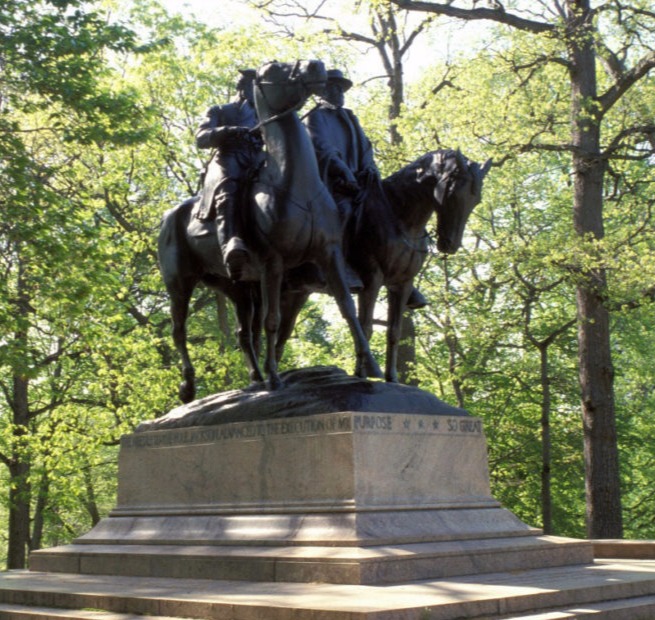 The statues of Lee and Thomas, J. “Stonewall” Jackson and monuments for Confederate Soldiers and Sailors and Confederate Women has been removed from the public spaces in Baltimore, Maryland. The act was carried out even after the death of a woman who protested against the removal of the Robert E. Lee’s monument.

The other statues of Lee were removed from the Episcopal church’s property on Aug. 16, Brooklyn, N.Y. In the following day, another monument of Lee was removed by Franklin workers in Franklin, Ohio. Furthermore, on Aug. 18 from the entrance to Duke University Chapel, Durham, N.C, a memorial statue of Lee was removed not so long after the plaque honoring the General had been defaced. 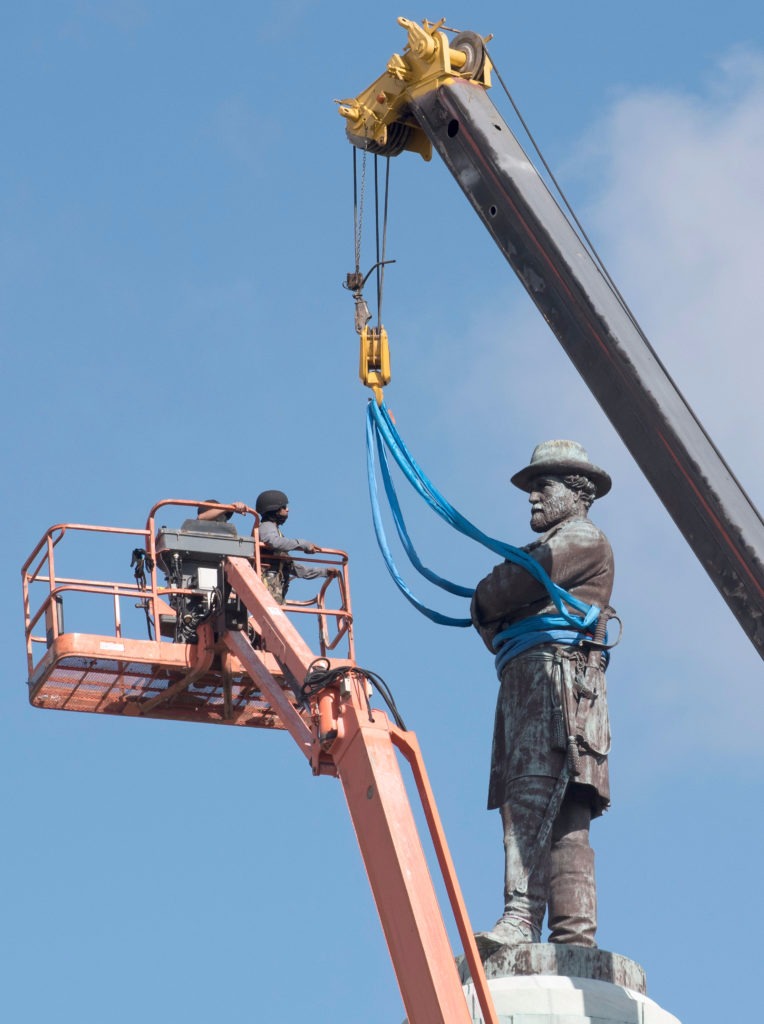 On Aug. 24, Manatee County removed a memorial obelisk of Confederate soldiers from Bradenton, Florida. And other three Confederate monuments were removed from a city park, Daytona Beach on Friday morning. They were taken to a nearby museum.

A Confedetary statue in front a building in downtown Gainesville, Fla.,  which had been standing there for 113 years was taken down on September 1. The plaque was moved to a private cemetery outside the city. 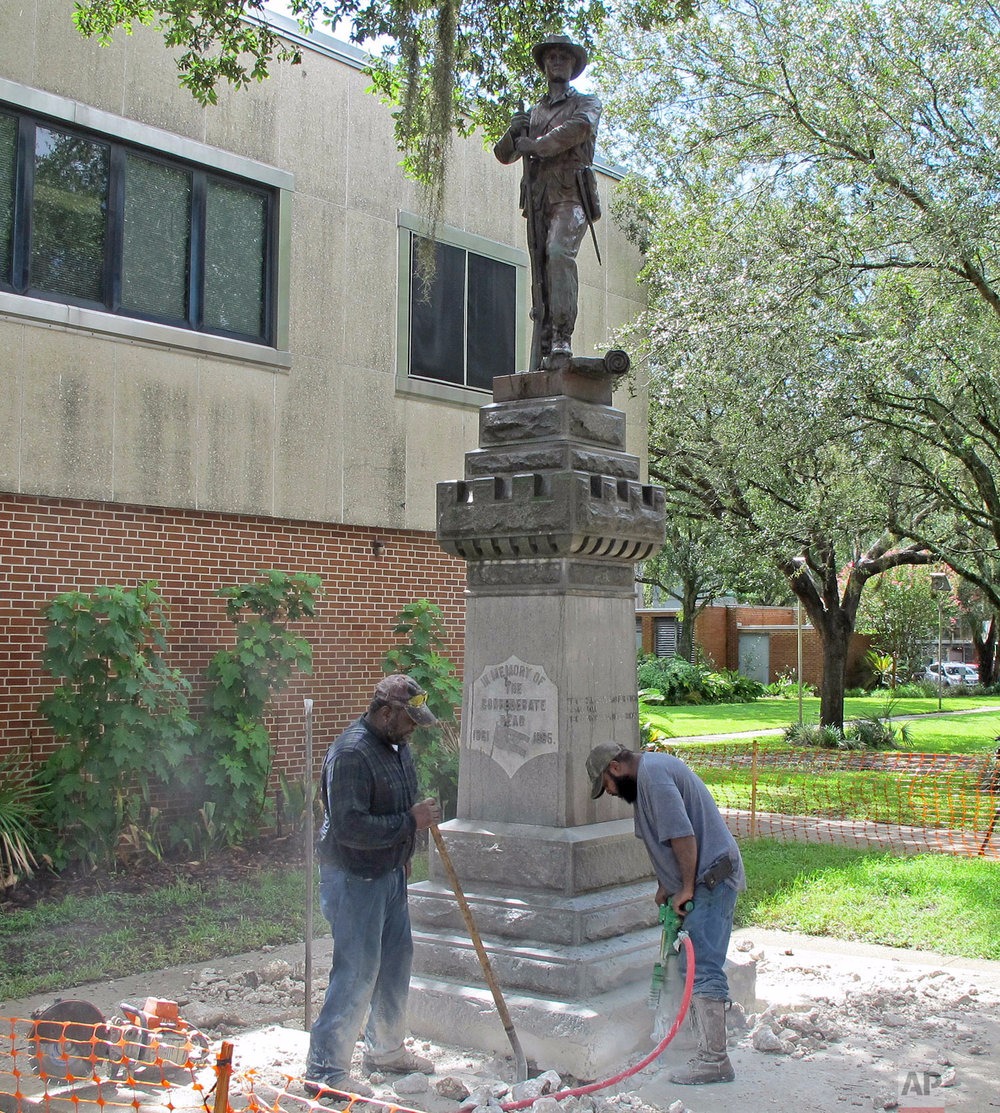 On Aug. 18, the state’s capital city, Helena, Mont. removed a memorial of Confederate soldiers, which had been in a public park since 1916. A Confederate monument in Kansas City, Missouri was boxed up and slated to be removed on Sunday.

On August 16, after the demand of hundreds of people, a large stone monument commemorating Confederate veterans, was removed from the Hollywood Forever Cemetery in in Los Angeles, California. The petition calling for it to be removed had garnered more than 1600 signatures.

Four monuments of New Orleans, Louisiana were removed in April after the city council declared it had been a public nuisance. The statues were of Confederate General P.G.T. Beauregard, Jefferson Davis, and Lee. 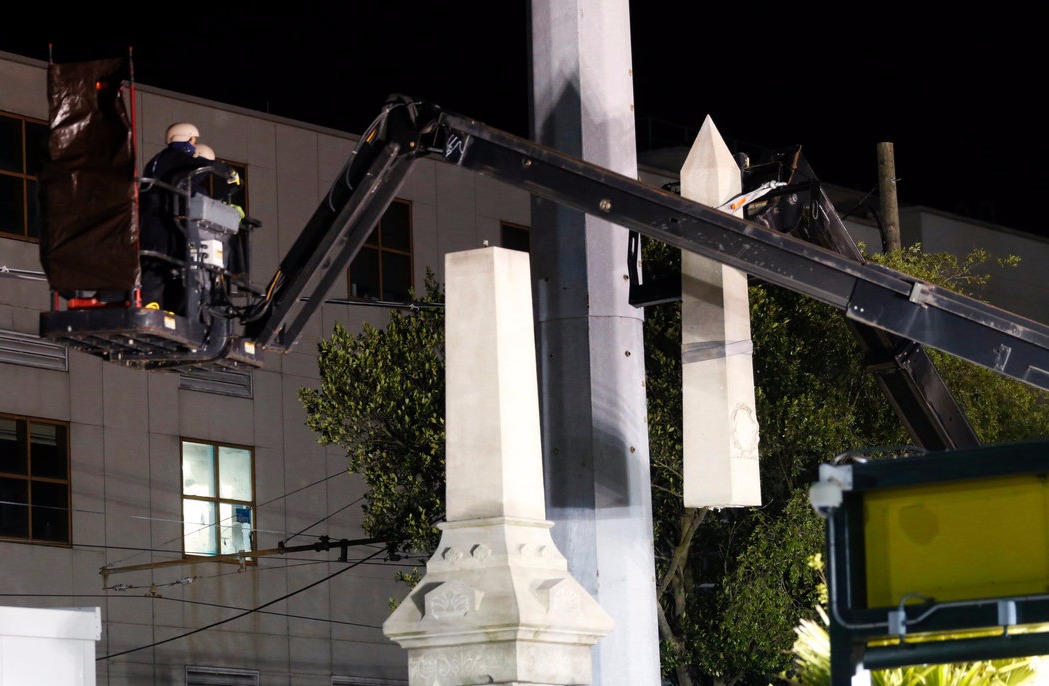 A monument named Johnny Reb, in Orlando, Florida was moved in June. It was taken down by officials from Lake Eola Park to Greenwood Cemetery. It was a response to the public outcry as it was regarded as a symbol of hate and white supremacy.

A plaque honoring Davis in a downtown park of San Diego, Calif, was removed on August 16. A Confederate statue from Travis Park, San Antonio, Texas was removed overnight on Sept. 1.

After a legal battle between the mayor, the city residents and the Sons of Confederate Veterans, a monument of the Confederate soldier in Louisville, Kentucky, was taken down from the University of Louisville campus.

In late June, 32-foot granite and bronze monument was removed from the Forest Park, St. Louis. The statue had been there for 103 years. 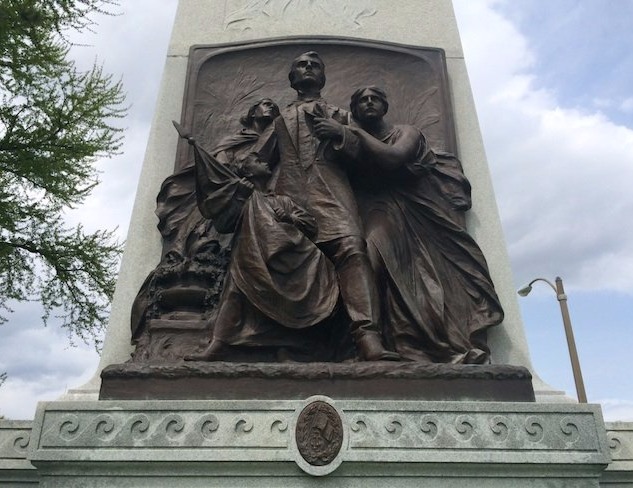 The mayor of St. Petersburg, Fla Rick Kriseman gave an order to remove the bronze Confederate marker on Aug. 15, after learning that the monument was on the city property.

A plaque honoring Confederate soldiers were taken away from Madison, Wisconsin after the demand of residents and city leaders on August 17.

On August 18, Worthington removed the Confederate statues outside the former home of a Confederate general.