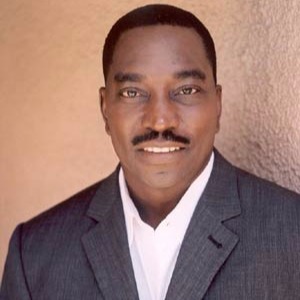 Actor Clifton Powell has proved his versatility by starring in an array of diverse movies from crime genres to urban comedies. He stunned both his audiences and critics when he portrayed a character of Martin Luther King, Jr. in TV sitcom Selma, Lord, Selma in 1999. He is probably best recognized for portraying the supporting role in movies including Ray for which the gifted actor earned a NAACP Image Award for Outstanding Supporting Actor in a Motion Picture nods.

Clifton Powell was born on 16th of March 1956. Smitten by the acting industry from an early age, he embarked on his acting journey at the age of twenty-five. Since he entered the industry, he has made appearances in over hundred movies. Some of his notable movies include Menace II Society, Dead Presidents, Why Do Fools Fall in Love, Rush Hour, Next Friday and Friday After Next. Though these movies helped him earn recognition in the industry, he was still waiting for the film that would shoot him to the stardom. His wait was over when he got the opportunity to act in a popular musical biographical film, Ray.

In addition to working on the big screen, he has spread his acting skills on television as well. Some of his notable small screen work includes Army Wives, Roc, South Central, Murder and NYPD Blue.

He is one among those people who like to seal his lips when it comes to his private life but we do know that he is a married man. He tied the knot with his long-term girlfriend Kimberly Powell. The actor is expected to be spending blissful moments with his wife since no controversial news related to the couple has surfaced in the media.

Very less is known about his personal affairs. He has not spoken much about his early life either. The handsome actor is blessed with a beautiful height.

In 2016, Clifton Powell starred in the sitcom Saints & Sinners. More detailed filmography of this veteran actor can be fetched via wiki.