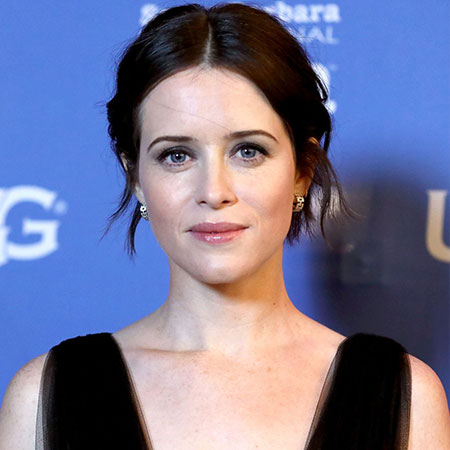 Claire Foy is an English actress best known for appearing as Queen Elizabeth II in the Netflix series, ‘The Crown.’

She was born on April 16, 1984, in Stockport, Greater Manchester, England and grew up in Manchester and Leeds.

She attended Liverpool John Moores University and also trained for a year at Oxford School of Drama.

Her debut role came in 2008, in the pilot episode of BBC drama, ‘Being Human.’

The same year she appeared as Amy Dorrit in the BBC series, ‘Little Dorrit ‘and appeared alongside Nicolas Cage in ‘Season of the Witch’ in 2001.

Her breakthrough performance came in the 2015 miniseries, Wolf Hall, where she played the role of Anne Boleyn.

She earned a British Academy Television Award nomination for Best Actress for her performance in the series.

She also appeared in other movies and TV series like ‘Upstairs, Downstairs,’ ‘The Promise,’ ‘Going Postal’ and ‘Breathe.’

Her current role as Queen Elizabeth II in ‘The Crown’ earned her a Golden Globe for Best Actress in a Television Series Drama.

She is married to actor Stephen Campbell Moore, and the pair have a son (born in March 2015).