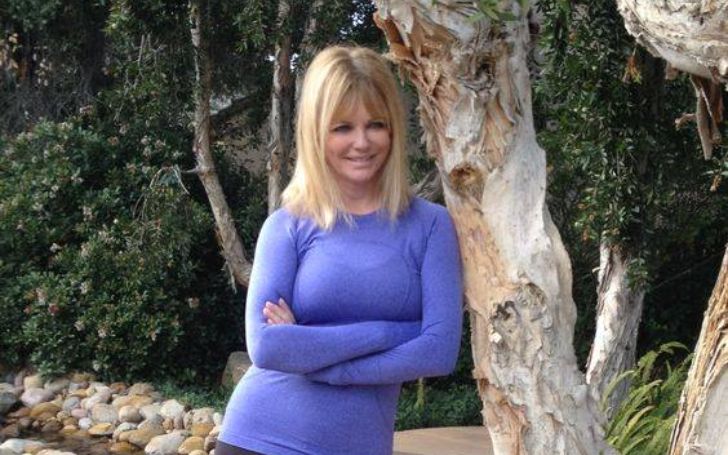 Cheryl Tiegs rose to fame as a model and later fashion designer. Likewise, the Tiegs holds the title of America’s First Supermodel. Similarly, Cheryl appeared on multiple covers of the Sports Illustrated Swimsuit.

The American model went through many shifts in life. Similarly, she has married four husbands thus far. Do you know them? Please keep reading to find out about them in the article below.

When was Cheryl Tiegs born? How Old is she?

Cheryl Tiegs, the American supermodel, was born on September 25, 1947. What’s more, Cheryl was born in Breckenridge, Minnesota, USA. And so, she holds an American nationality. Likewise, the model comes from a white heritage.

Tiegs later enrolled at Alhambra High School. Afterward, Cheryl attended California State University. Additionally, she had initially joined the college as an English Major. However, she dropped out during her junior years to pursue her career as a model.

Tiegs Started Modeling in her Teenage

Cheryl Tiegs started modeling from a young age. Moreover, Tiegs was featured in the teen magazine Seventeen. Later, Cheryl found her big break at the age of seventeen. One editorial staff from Glamour saw the bathing suit ad on Seventeen.

Furthermore, Tiegs even bypassed traditional face-to-face meetings and was booked for a shoot in Sait Thomas with Ali MacGraw. Likewise, that became her first time on the cover of Glamour. Similarly, she became featured on Seventeen and Elle in the same year!

How many Times did Cheryl Tiegs marry?

The gorgeous model Chery Tiegs married a total of four times. Furthermore, she first tied the knot with Stan Dragoti in 1970. Moreover, Cheryl and her ex-husband Stan were married for almost a decade. However, Stan and the model finalized their divorce in 1979.

After that, Cheryl was briefly married to a photographer named Peter Beard. Besides, she and her ex-spouse exchanged their vows in 1981. But, even her second marriage did not last. And in 1983, the former partners Tiegs and Beard decided to end their wedlock.

The American fashion designer decided to stay single till 1990. From 1990 to 1995, Cheryl married the up-and-coming actor Anthony Peck. After that, Tiegs tied the knot with Rod Stryker. Moreover, she married Stryker in 1998 and divorced him in 2001.

In all of her marriages, Cheryl Tiegs only welcomed three children. Firstly, she gave birth to Zachary Peck in 1991. And in 2001, Tiegs welcomed twins named Theo and Jaden Stryker. Additionally, the twins were born via surrogacy.

How Rich is Cheryl Tiegs? Know her Net Worth

Cheryl Tiegs became a huge success in the fashion industry. What’s more, she earned massive wealth from her long career. Furthermore, the first American Supermodel holds an estimated net worth of $30 million.

Over the years, Cheryl earned millions of dollars as a model and a designer from her career. Back in her early days, Tiegs earned an approximate $1.5 million. Similarly, her signature clothing line and accessories for Sears sold for about $1,000,000,000.

Speaking of assets, the supermodel also used to own a house in Bel Air. Further into the details, Cheryl built the house in 4,770 square feet. Likewise, the place held five bedrooms and four bathrooms. However, she sold the villa for $15 million back in 2013.

Tiegs’ Career in the Screens

Cheryl started as a model at the initial of her career. However, she later began to expand her field. Likewise, in 1979, Tiegs appeared on TV screens for the first time.

In 1979, she appeared in the TV documentary, Superstars. Similarly, in the same year, she also showed up at Playboy’s Roller Disco & Pajama Party. Again, Tiegs narrated three episodes of The American Sportsman.

In her long career, Cheryl mostly appeared as herself in most TV shows. However, Tiegs later decided to end her career on the screens in 2016. Furthermore, she appeared in Sharknado 4 as Raye for the last time.

Cheryl stands at a decent height. Furthermore, the American supermodel stands at five feet and nine inches. Or 1.78 meters.