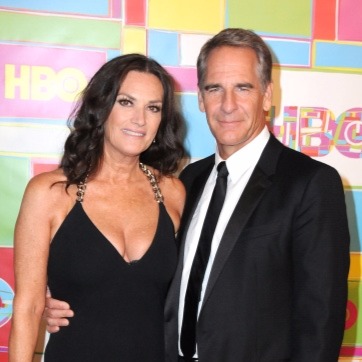 Field started dating Bakula in 1994. During the time she met him, he was a married man. He was married to an actress Krista Neumann.

To get recognized in the entertainment field, Bakula shifted his residence in Los Angeles with his wife and two children in 1988. Chelsy and Cody are the two children.

Scott ended his long married life with Kristen Neumann in 1995. After separation, he said, “It took me a long time to work out my feelings about our relationship”.

In 1995, Chelsea also delivered the couple’s first child Wil Botfield Bakula and they started living together a year afterward. About four years later, in 1999, the couple welcomed their second child Owen Barrett Bakula. Chelsea and Scott were not married till then.

Their eldest son Wil is 20 while the younger son Owen is 16 years old at present.

On 14th December 2010, in a radio interview with Todd N Tyler, Scott revealed that he has been together with Chelsea for 16 years but married only for a year. In fact, they got married after 15 years of dating.

Scott Bakula, currently 61, is giving priority to his family. In fact, he has put an extra clause in his movie contract which gives him permission to leave at 6 on every Wednesday so that he could go home early and have dinner with his family. He is also giving time to his two sons to coach them on their soccer and baseball teams.

Chelsea is a lucky woman to have a partner as loving and caring as Scott who flies home from New Orleans every weekend to have a good time with her.  In addition, Scott also discusses his theater projects with Chelsea, keeping her updated about every work he ventures.

During an interview, Scott mentioned that Chelsea has taught him a lot of valuable things about relationships and spirituality. He feels truly fortunate to have her in his life.

Chelsea Field, as well as Scott Bakula, is fortunate enough to have each other in forms of understanding partners. They have an uncommonly strong bond between them which held them together in the past and will hold them together in days to come.

Chelsea Field, a renowned actress of 1987 action movie Masters of the Universe, is married to a talented actor Scott Bakula.

It’s been more than two decades since the two began their relationship and they are together till date. They have become an exemplary couple to the public, making their fans curious to know about the secret factors that have created such a strong bond between them.