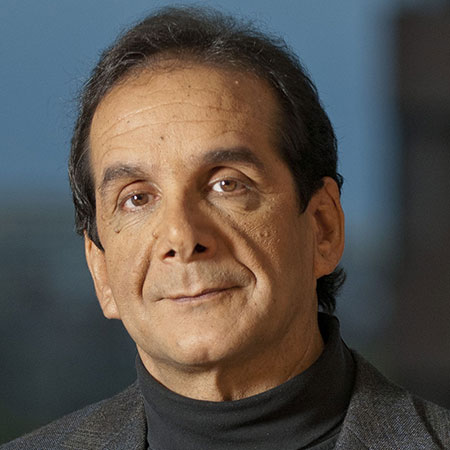 The beloved syndicated columnist, Charles Krauthammer gives his “final verdict” and says “his fight is over” with the aggressive form of cancer. The Pulitzer Prize winner disclosed the doctor’s prognosis on Friday to his colleagues, friends, and viewers in a letter.

Charles Krauthammer says he has “only a few days to live”

In the letter, Krauthammer shared about his 10 months long battle with cancer. He wrote that, in August he underwent surgery to remove a malignant tumor in his abdomen.

Thought to be a successful surgery, complications were coming forth, and he was overcoming that too. However, he mentioned that the recent tests revealed cancer has returned. He wrote,

There was no sign of it as recently as a month ago, which means it is aggressive and spreading rapidly. My doctors tell me their best estimate is that I have only a few weeks left to live. This is the final verdict. My fight is over.

He shared the heartbreaking news in a note on Washington Post’s website, where he has been working since 1984.

Special Report anchor Bret Baier has time and again given updates to the viewers about Krauthammer’s health status. He first went MIA in August 2017 and his sudden absence from the Twitter heated up social media. Fans flooded Twitter expressing their concerns for the brilliant columnist’s whereabouts. 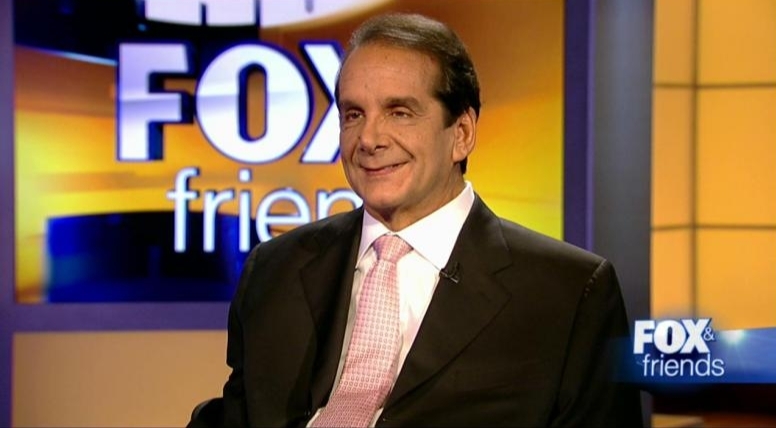 Sometime later, the news of his surgery outburst. As, the world wasn’t seeing much of Charles then, and also neither his wife Robyn nor Fox and Washington chose to give any updates regarding his health, Charles Krauthammer’s death hoax spread like wildfire. Also, it was reported of him having problem in recovering from surgery. However, many were glad to know about his speedy recovery and knowing the chances of him getting back on TV.

Since the very beginning of his career, he has done several incredible works and has made a strong fanbase too. The news has come as a total shock to his followers who have been expecting him to get on the small screen soon. Along with this heartbreaking news, more recently, the news surfaced of CNN’s Anthony Bourdain death.

Thanking his colleagues, readers, and viewers, in the farewell message, he wrote,

I leave this life with no regrets. It was a wonderful life – full and complete with the great loves and great endeavors that make it worth living. I am sad to leave, but I leave with the knowledge that I lived the life that I intended.

After Charles heartbreaking letter, his well wishers have taken their heartwarming words and thoughts towards him it to Twitter. His colleague, James Samuel Rosen, a correspondent for the Fox News Channel also tweeted in response to Charles letter. Among many here are some: 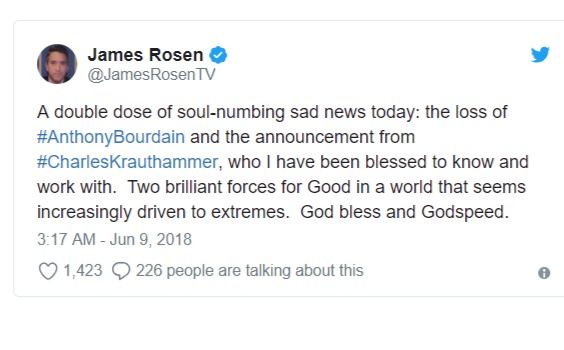 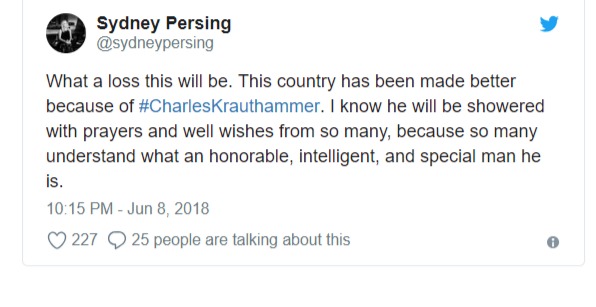 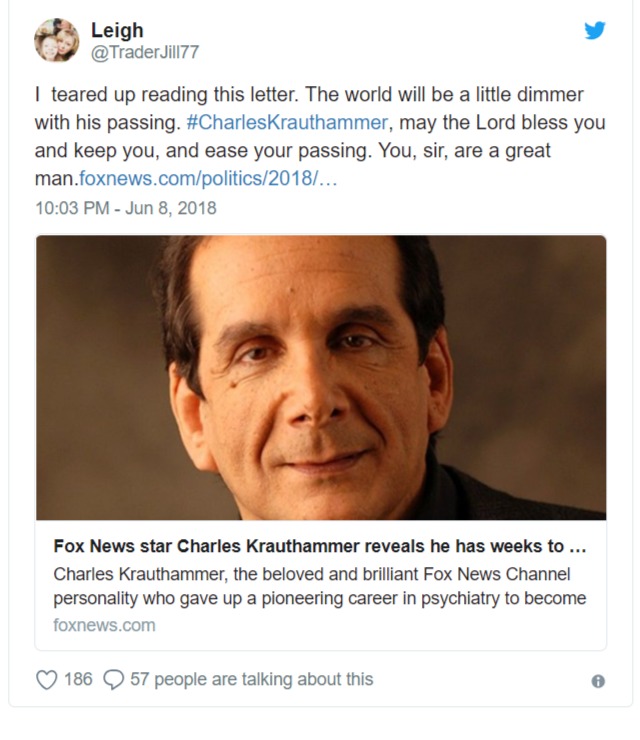