Skip to content
Home » Image » When is Charles Krauthammer coming back? Bret Baier has the latest updates!

When is Charles Krauthammer coming back? Bret Baier has the latest updates! 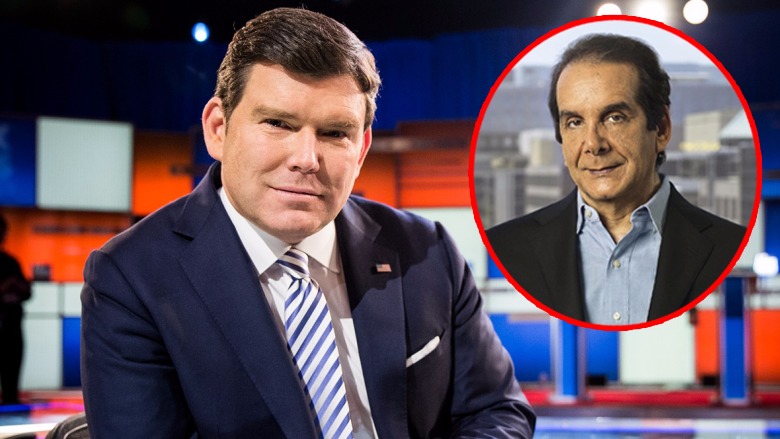 Conservative commentator Charles Krauthammer is still in recovery after a post surgery complication. He hasn’t been active on Twitter since August this year and fans are desperate to stay updated on his health. Thanks to Fox News anchor Bret Baier, they got an insight into his condition last week.

Before ending his piece on Special Report with Bret Baier, he addressed that hundreds of fans have contacted him via email and Twitter with concerns of Krauthammer’s status.

Charles Krauthammer eager to come back after surgery!

He assured the fans that the award winning columnist is still in recovery and making a “slow steady progress.”

Baier also revealed that Krauthammer is very eager to return to his panel duties on Fox News.

“He desperately wants to come back to the panel as soon as possible. Believe me, I speak to or email with his wife Robby almost every day. And I share your thoughts and prayers,” said Baier.

He continued, “It will likely be a few more weeks.”

Only last month, Baier updated fans about Krauthammer via Twitter. He tweeted this on September 19.

Where is Charles Krauthammer now?