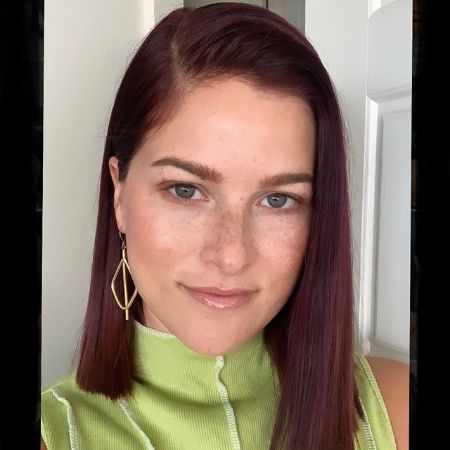 Cassadee Pope is a singer, songwriter, and musician. She has won CMT’s music breakthrough video of the year award in 2014, the Taste of Country Fan Choice award in 2018, and the Grammy Award nominee in 2016. Moreover, Cassadee was the first female winner of The Voice season 3 in 2012.

Learn more about this talented singer and musician. Stay tuned with us to the end of this article for the bio, career, boyfriend, net worth, and so on.

The Bio Of Cassadee Pope

Cassadee Pope was born on August 28, 1989, in West Palm Beach, Florida, to Lenny Pope (father) and Lory Pope(mother) as Cassadee Blake Pope. Ashley Pope is the only sister of Cassadee Pope. As of 2021, Pope is 32 years old, and her sun sign is Virgo. Pope went to St. Ann school jazz but later changed to Wellington High School in Florida.

Cassadee Pope is five ft. and four inches tall and weighs about 128 lbs having a fit body. Pope also took violin classes for four years when she was a kid. Pope often loves to swing on a tune of Any Shania Twain. Cassadee loves to thrill and wants to skydive shortly.

At a very young age, Pope started her singing career. Along with her friend Mike Gentile she formed a Blake band, which is also her middle name. With Alex, Michael, and James, they again created a new pop-punk band named: ‘Hey Monday.’ The band released one studio album and three Extended Plays.

In 2012, Cassadee auditioned for The Voice and won the title. Blake Shelton mentored her in the competition. After winning the singing competition, Pope signed with the music label republic Nashville in 2013. Since she wanted to start her career as a solo artist, Pope opt-out of her band ‘Hey Monday.’ Then, in 2013, she released her first solo, with 125k copies sold in just one week – making it a big hit.

The rock band ‘Fall Out Boy‘ in the song America’s Suitehearts has featured Pope in their music video. Her debut album, Frame By Frame, was at the number one spot on Top Country Album charts, whereas on Billboard, it was number nine. Cassadee Pope has made several road trips for her musical shows since 2014.

To pursue her acting career, she got a role in a TV film in Degrassi Goes Hollywood in 2009. Likewise, in 2010, Pope played in the comedy-drama TV series episode (Nobody Loves Me But My Mother) of Hellcats. In 2016, she also competed in Lip Sync Battle, an American musical reality TV series. Pope was also a part of The Voice in 2018, but she advised Kelly Clarkson’s team this time.

Cassadee Pope was the winner of The Voice in 2012. Pope has also won CMT’s music breakthrough video of the year award in 2014 and the Taste of Country Fan Choice award in 2018.

Pope was one of the nominees for the New Artist of the year by American country awards (2013), Female Vocalist of the Year (2014), and People’s choice award for a female country Artist (2016).

Her ‘Think Of You,’ a duet with Chris Young, was nominated for best country duo performance at Grammy Awards 2016.

Who did Cassadee Pope Date?

Cassadee Pope is now dating Sam Palladio, a Nashville actor and musician. She has been staying with him for three years. Both of them find each other appraising and admiring.

Regarding her affairs, Cassadee Pope has dated a few men. In 2008, she was in a relationship with David Blaise, but that couldn’t last long. In 2009, she was dating Robert Dawson. Pope released a duet country song ‘Think of You’ with Chris Young. There were rumors about Pope dating him, but Cassadee refused that.

Unlike other past boyfriends, Cassadee was in a relationship with Rian Dawson for a longer period. After dating for eight years, she engaged with Rian in 2017, but things couldn’t last long. So, they broke their engagement in just seven months.

Who is Sam Palladio? Boyfriend of Cassadee Pope

Sam Palladio was born in Pembury, the United Kingdom, in 1986. He is now 35 years old. Palladio is an English actor and a musician best known as Gunnar Scott in ABC musical series.

Along with Clare Bowen, he duet ‘Fade into you,’ which enlisted at 92 Hot 100 hit charts. Likewise, Salldio holds a very successful career.

What is the Net Worth of Cassadee Pope?

The estimated net worth of Cassadee Pope is $5 million as of 2021. Although her annual income is not disclosed, several musical road tours, singing, and albums add an extravagant amount of money to her bank account.

The details of her house, cars, and other assets remain hidden. Her hard work and dedication already had a huge fan base and success. Cassadee, along with her boyfriend, lives in Nashville, Tennessee.

For fun bios of your favorite celebrity, please visit our site: E-Celebrity Facts.