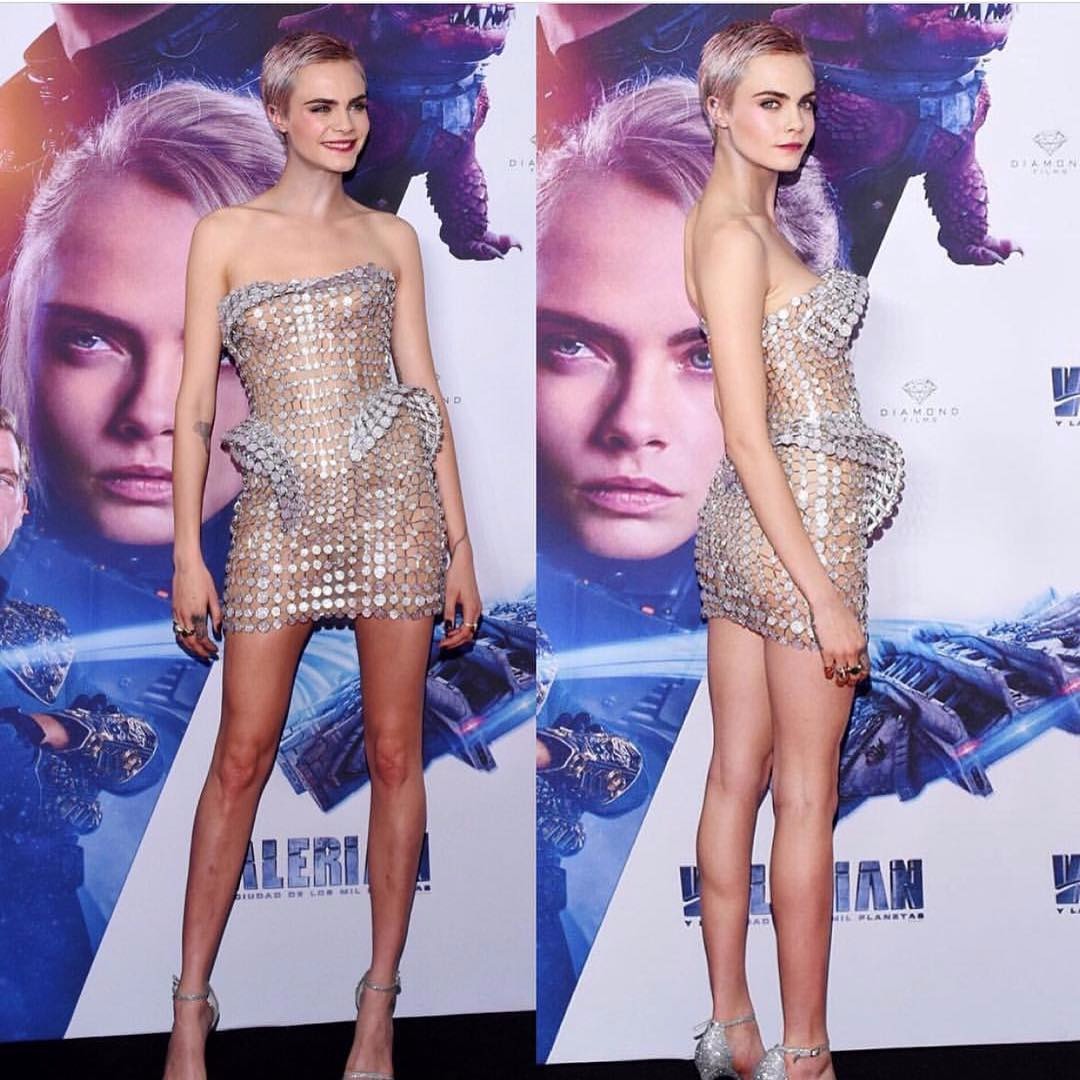 Cara Delevingne arrived at the premiere of her movie Valerian and the City of a Thousand Planets wearing an Atelier Versace sheer nude dress. She accessorized the look with Versace stilettos and her pixie cut was also tinted to rose gold to complete her look.

The movie has received low ratings from critics but that didn’t stop the model and actress from pulling out all the stops at the movie’s premiere in Mexico City on August 2, 2017.

Her strapless dress features a nude slip under silver sequins which give the illusion of her revealing body. Delevingne has also been spotted wearing pieces from brands like Iris Van Herpen, Mugler, Burberry, Alexandre Vauthier, Dion Lee and Alexander Wang on her promotion tour of Valerian.