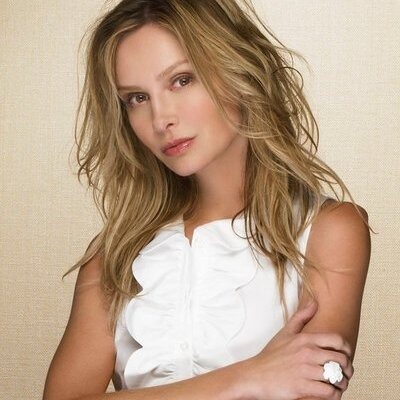 Spectacular on-screen actress, Calista Flockhart is best recognized in the entertainment universe for her amazing performances in the TV series Ally McBeal. She is additionally famous for her appearances in other TV works like Supergirl and Brothers & Sisters.

Since her father had to travel to different places, she spent her childhood growing in different cities like Illinois, New Jersey, Iowa, New Jersey and New York.

She received high school education from the Shawnee High School based in New Jersey. Then after, she joined Mason Gross School of the Arts, Rutgers University. While studying at the University, she met an aspiring actress named Jane Krakowski. She received her graduation degree with majoring in Theatre in 1988.

Calista Flockhart moved to a new place in New York City soon after holding graduation degree. While in New York, she worked as an aerobics instructor and a waitress too. She also tried in the entertainment business giving audition for several movies and TV roles.

She got the first break in the TV world in 1989 with playing a small role in one of the episodes of the TV series Guiding Light. During her struggling days, she also worked in several theater projects at Circle Repertory Theatre.

Calista started getting other roles after working hard for a few years. Her early movie roles came through films like Getting In and Naked in New York.

For her outstanding performance in the TV series, she was awarded Golden Globe Award in 1998. She appeared in the popular TV series for five years until 2002.

Eventually, she had some other roles which helped her in claiming success. Till date, she has shown her incredible acting skills in TV series like The Practice, Brothers & Sisters, Robot Chicken and Full Circle.

Splendid TV performer, Calista has also been a part of several movies like Quiz Show, Drunks, The Birdcage, Telling Lies in America, The Last Shot and Fragile.

Discussing her personal life, gorgeous actress Calista Flockhart’s present relationship status is married. She got hitched with American actor, Harrison Ford on 15th June 2010. The couple was dating since May 2002. Their love story is believed to have started when they met first time at Golden Globe Awards in 2002.

After being in relation for seven long years, they turned out as an engaged couple on the special occasion of Valentine’s Day in the year 2009. Calista and her hubby Harrison adopted a little boy named Liam in 2001 whom they are raising as their own child.

Praiseworthy actress, Calista has received many awards and nominations in her long acting journey. She has been awarded Screen Actors Guild Award and Peoples Choice Award for her breathtaking performances in the popular TV series Ally McBeal.

The talented actress is still continuing her acting work. She is currently playing the role of Cat Grant in the superhero action drama TV series Supergirl.