Skip to content
Home » Entertainment » What do students say about Butch Harmon and his lessons at his golf school?

What do students say about Butch Harmon and his lessons at his golf school? 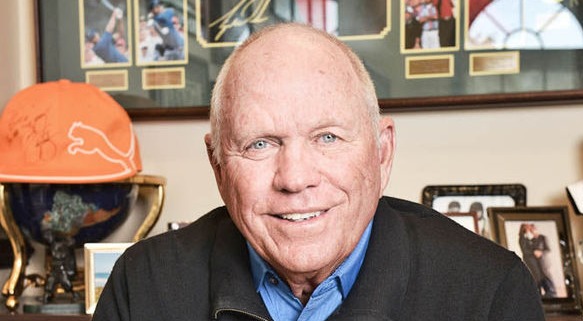 Butch Harmon, a former professional golfer, is currently renowned as a golf instructor. He has established a golf school named Butch Harmon's School of Golf at Rio Secco Golf Club where he imparts his decades-long knowledge on golf. Engaged in the golf industry since 1965, Butch is looked up to as an inspiring coach and his techniques have made thousands of golfers in the lead.

Butch’s aptitude for golf emerged when his father, Claude Harmon was the Winged Foot Golf Club’s head. He had the passion for golf since his childhood when he used to play with his father. Like his father, he became a driven man with an immense capacity for golfing.

Vegas, baby! Behind-the-scenes of the #WinnGrips commercial shoot with #ButchHarmon.

Butch has been using his time-tested approach to instruction to refine the game through individual personalized attention. With a small teacher-to-student ratio per class, the Butch Harmon Golf School focuses on the students’ unique needs of particular swing.

Nick Watney, current PGA Tour pro, who works with Butch once said, “No other way to say it than Butch is the best teacher in the world. Since working with him, I have learned how to win. It is more than a teacher-student scenario, with Butch it is a relationship with caring and enthusiasm for your players to succeed.”

Harmon’s confidence level, winning strategy and his techniques to bring out the best in a player has demonstrated him as the best teacher in the world.

Son of Butch Harmon, one of his students, Claude Harmon III said “At a very young age, I learned how to teach golf. And I learned how to give golf lessons from the guy who is arguably the greatest instructor of all time- my father.”

As Butch Harmon says "Many people play golf, but few truly understands it."

Butch helps his students better understand the game and make them feel the enjoyment of championship course which drives them to accomplish victory. According to him, one can't change their quality because it naturally exists with them from beginning, instead just attempt to make every step sharper than before.

Butch is an incredible golfer who has spent almost entire life playing and teaching golf. The true understandings about the golf that gained from his playing career, have made Butch Harmon one of the best golf teachers and has made him able to produce other golfers as good as him.