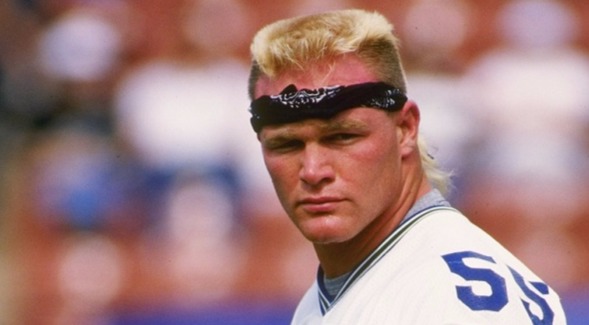 Brian Keith “the Boz” Bosworth is a former NFL Seattle Seahawks linebacker. Throughout his professional career, he was a controversial figure who the audience either loved or criticized; no in-between. But hate him or love him, he has created quite a fortune with his ambiguous image and is reportedly worth $3 million.

Born on March 9, 1965,  in Oklahoma City, Oklahoma, Brian had a rough childhood growing up with a father who was too hard on him regarding his performance on the field. Brian went on to attend the University of Oklahoma where he thrived as a linebacker. After getting drafted in 1987, he spent three seasons with the Seattle Seahawks.  He was notorious for his controversies with the National Collegiate Athletic Association (NCAA) during his college career.

After his football career ended, Brian went on to pursue acting in movies and television. A father of three, he is presently married to Morgan Leslie Heuman.