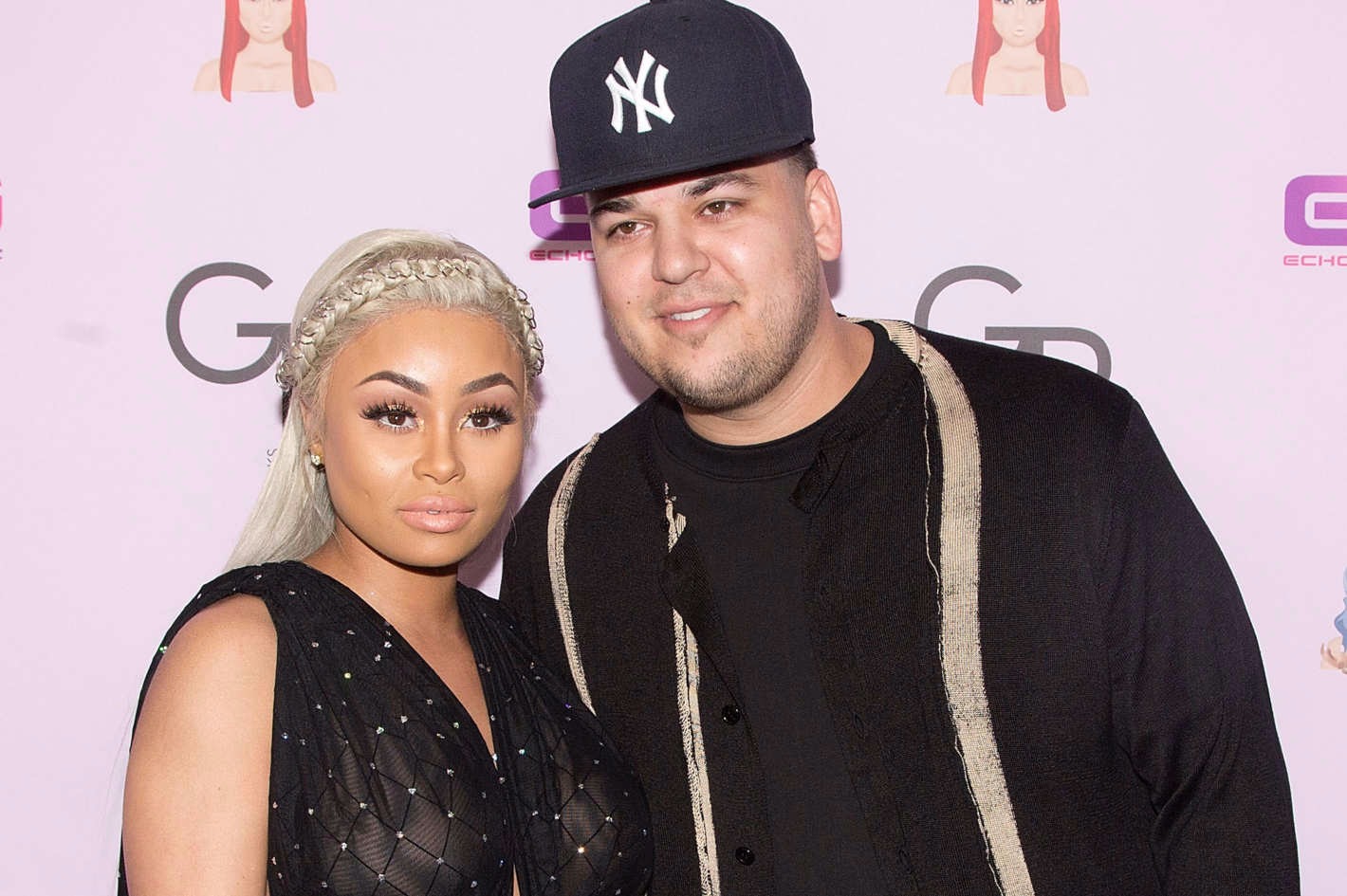 In the wake of Rob Kardashian’s Twitter rampage against Blac Chyna, the ex-stripper and model has been granted a temporary restraining order against her baby daddy. The ex-couple, however, has come to an agreement about daughter Dream’s custody.

The Los Angeles Superior Court granted Chyna a temporary restraining order against her Kardashian on Monday. The order prevents Kardashian from approaching Chyna and posting about her on social media.

Blac Chyna “not concerned” about daughter spending time with Kardashian

Chyna’s lawyer, Lisa Bloom, revealed to Entertainment Tonight that Chyna doesn’t mind Rob Kardashian spending time with Dream. “She has said he’s a good father, there are nannies around when the baby is with him and she hasn’t had any reason to be concerned,” said Bloom.

She further explained that they made sure to leave Dream out of the restraining order and maintained that they only want Rob to stay away from Chyna and stop posting about her on social media.

According to People, the former couple came to an agreement last week to divide their time with their daughter equally. Rob Kardashian will have Dream from Sundays to Thursdays while Chyna can have the custody Thursday through Sunday.

Chyna and Bloom also appeared later on ABC’s late night program Nightline. When asked about what she had to say in response to her ex-fiance claiming that she used him for fame and money, Chyna said, “I was already Blac Chyna before the Kardashians.”

She continued, “…I am Angela White, I am Blac Chyna. I can do whatever I want, it’s my body.”

After Chyna sent Kardashian a video of herself with another man in bed, he went on an Instagram rant and began posting a series of photos and texts.

He posted the video on Instagram and wrote, “‘Hahahaha Chyna just sent me this video saying happy 4th of July what a crazy person. Come spend time with your daughter instead of f***ing me and then this dude right after. U need help.” 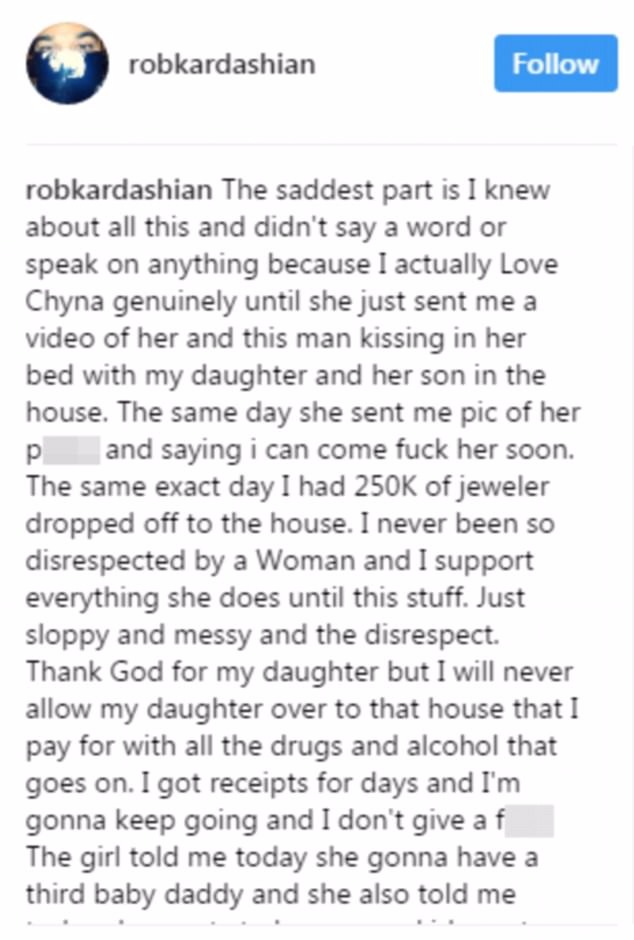 He revealed that Chyna had cheated on him multiple times, most recently with rappers Mechie and Rarri True.

In a series of notes, the father of one wrote that Chyna only had Dream to get back at her ex-fiance Tyga, because he had cheated on her with Kardashian’s younger sister Kylie Jenner.