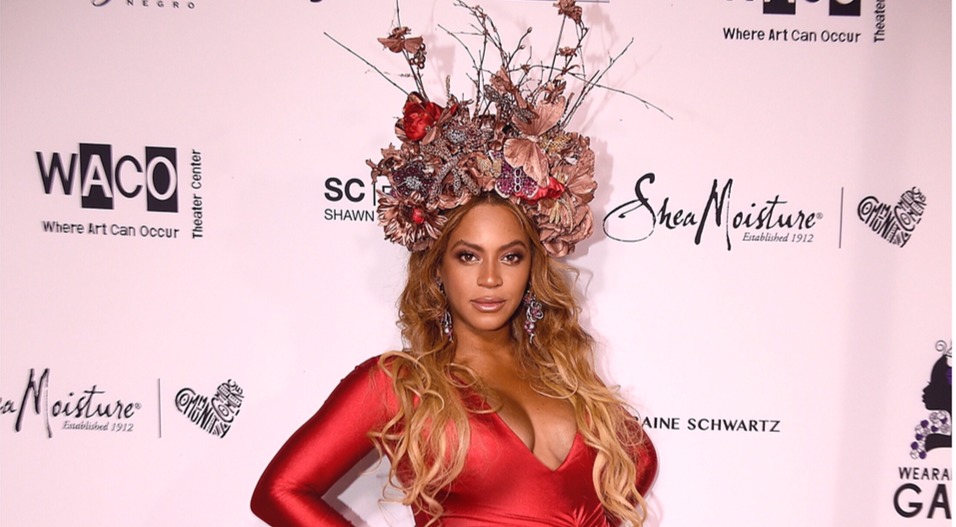 Beyonce has unveiled her twins on her Instagram. The 35-year-old singer shared the first photo of her babies on Instagram on Thursday.

She also blessed her fans with the names of her twins. Her son is named Sir Carter, while her baby girl is named Rumi. 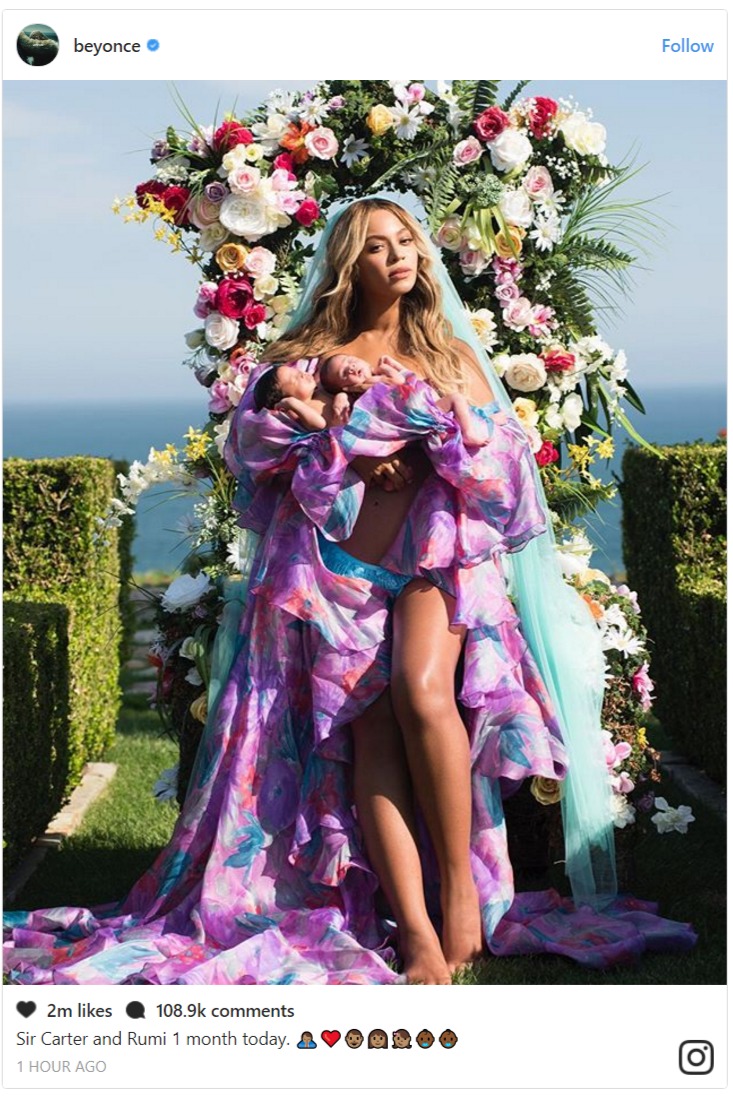 In the Instagram photo, she’s holding her 1-month old babies in her arms and standing in front of a flower arc. She sported a pink floral dress and looks gorgeous in a long blue veil.

“Sir Carter and Rumi 1 month today,” wrote Beyonce in the caption. Missing from the picture was her rapper husband Jay Z.

The babies were born in early June at an LA medical center. The gender of the babies had not been revealed then. But many speculated it was a boy and a girl!

This announcement is very similar to her pregnancy announcement of January. Beyonce and husband Jay Z announced the pregnancy in an Instagram post back in February, which went on to become the most-liked photo on the site. 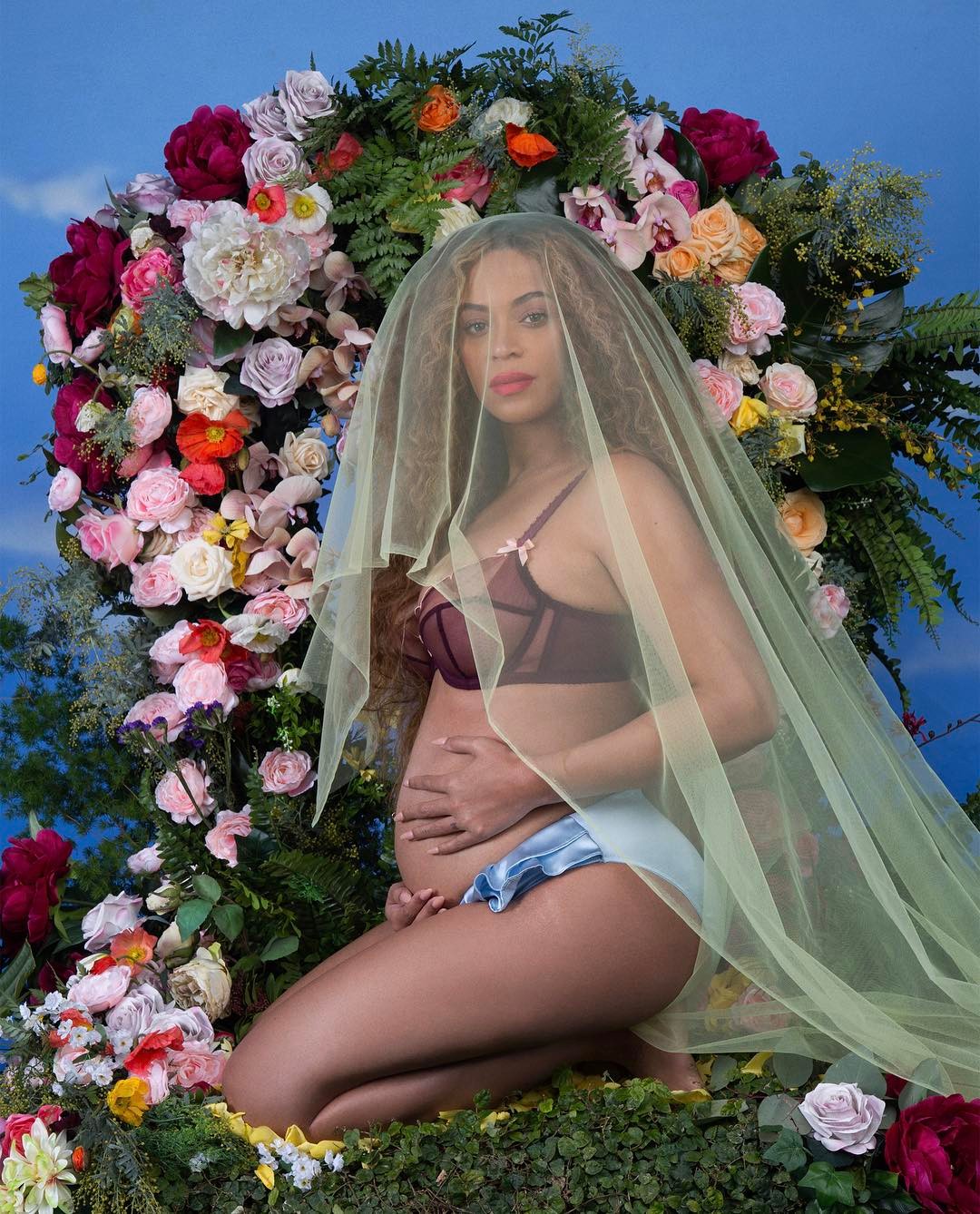