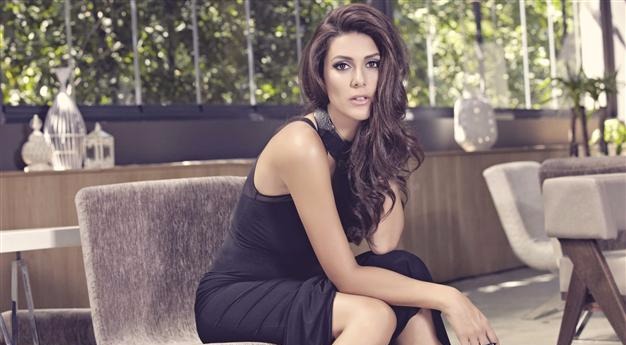 Berguzar Gokce Korel, celebrated as Berguzar Korel,  is a Turkish actress famed for her outstanding performance in the TV series 1001 Nights and Karadayi. Twice Golden Butterfly award winner, the actress has racked up numerous accolades in her trophy-laden career. Her exceptional acting skill, delightful face, flawless body structure and elegant personality have been the weapon in her arsenal which has helped her reach the peak of success.

Apart from the TV shows, the elegant lady has also graced the Turkish silver screen. Her big-screen debut through a 1999 flick Sen Olasin Urgup, followed her appearance in two other movies titled Valley of the Wolves – Iraq (2006) and Love Never Says I am Comming (2009).

Korel was born to actor parents Huly  Darcan and Tanju Korel on 27th August, 1982, in Istanbul, Turkey. She has an elder sister named Zeynep Korel, who is follower of Muslim religion. She spent most of her early childhood days in the city of Ulus district. She attended Yildiz College and went to pursue a degree in Mimar Sinan University. She finally graduated in theatrical studies.

34 years old Berguzar  is happily married to the actor Halit Ergenc. The lovely couple’s blissful paradise is fulfilled by a baby boy.