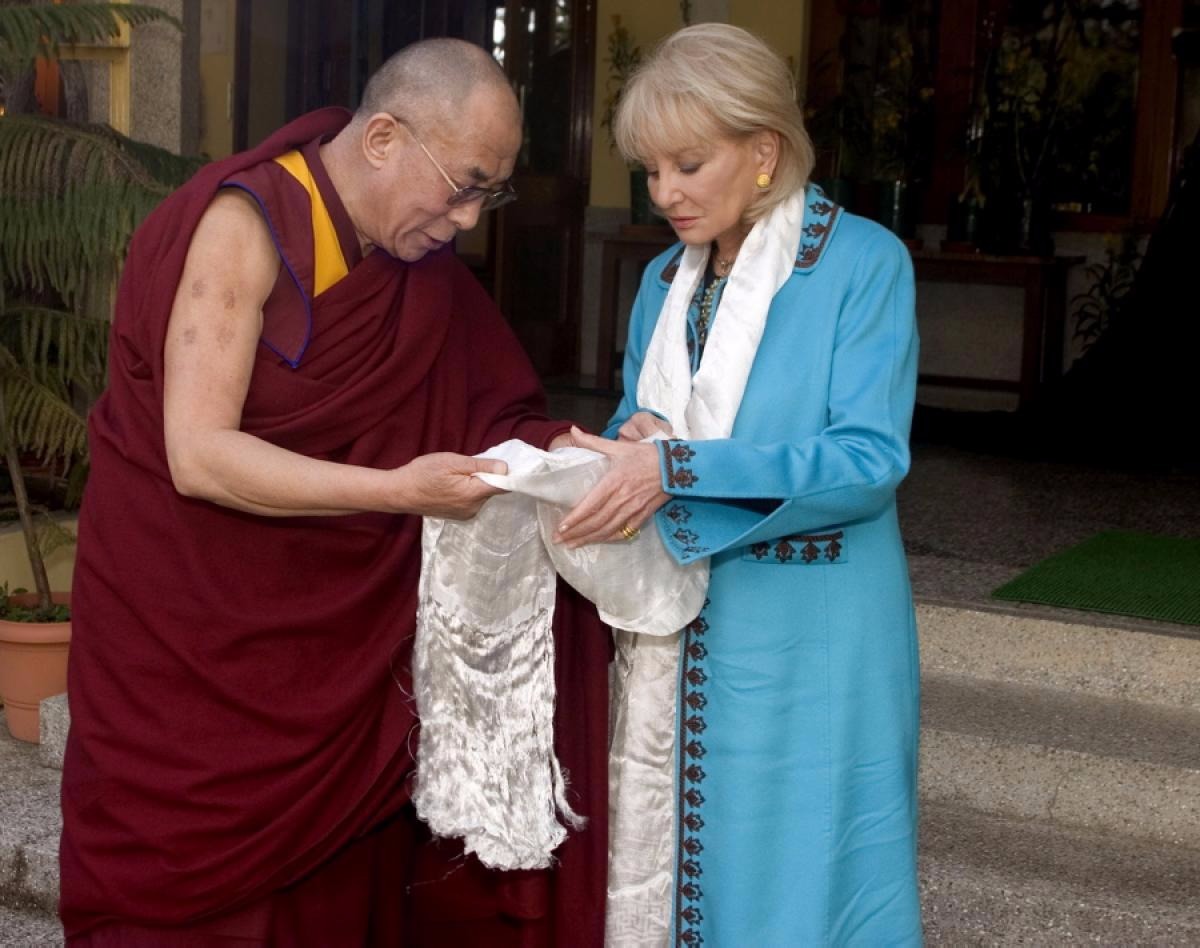 Veteran journalist Barbara Walters had a long reign as a news anchor, reporter and host. During her career she has interviewed world leaders of various fields including entertainment, politics and others. In the picture, she is seen with a religious leader, The Dalai Lama. She flew to India to interview Lama in 2005 for ABC News special “Heaven: Where Is It? How Do We Get There?