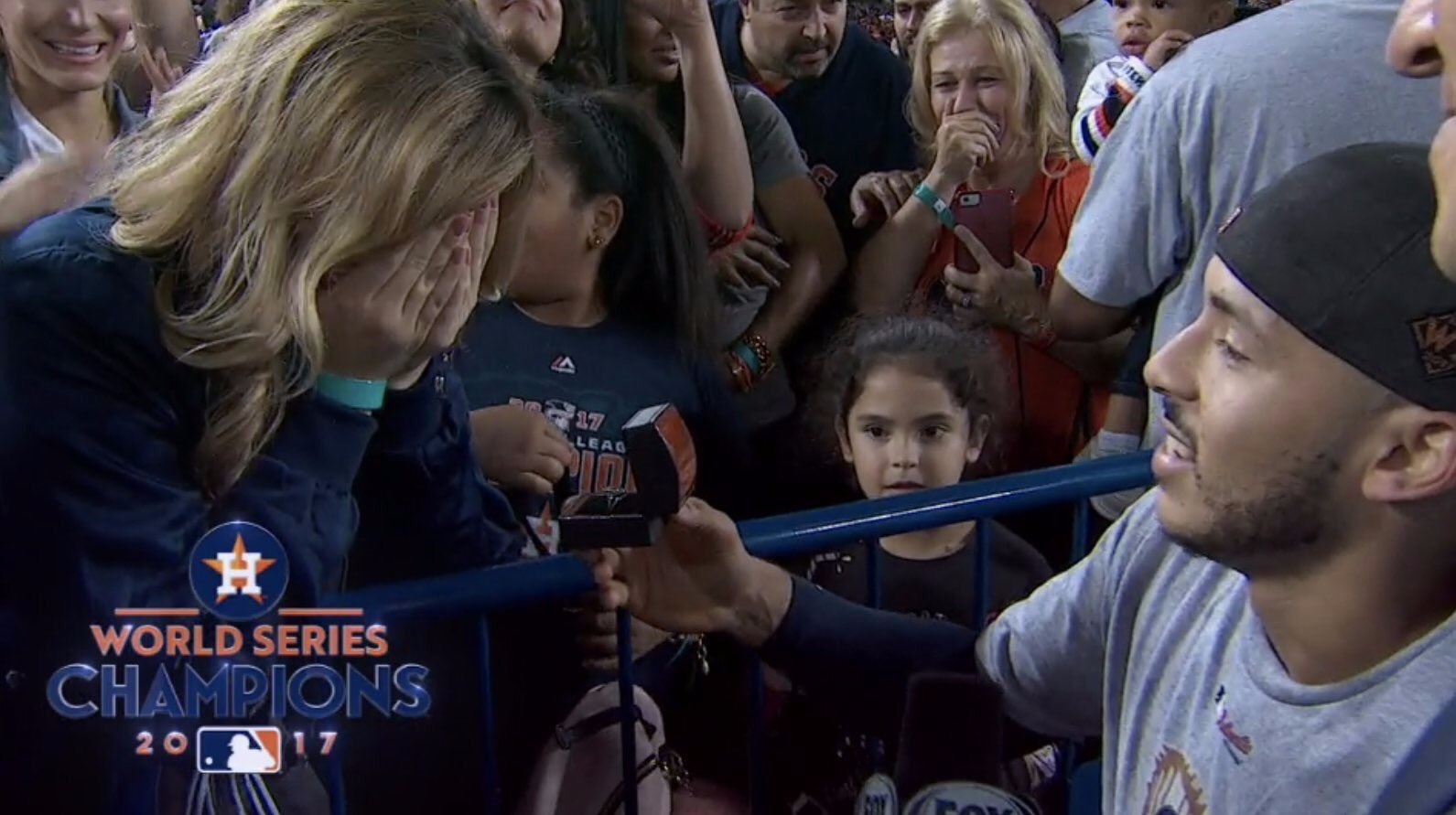 What an amazing night for Carlos Correa! The Astros’ player is now engaged after winning the World Series. Correa got down on one knee in front of millions to propose to his girlfriend Daniella Rodriguez…and she said yes!

As if he wasn’t having the best night of his life, Correa just put the cherry on top to his glorious win against the Dodgers in the World Series Game 7.

During an interview with Ken Rosenthal, Correa dropped to his knee and asked his long time girlfriend Daniella if she would be his wife. “Daniella Rodriguez, will you make me the happiest man in the world. Will you marry me?” said Correa to an already emotional Rodriguez.

The 2016 Miss Texas USA looked shocked at the proposal and was ecstatic as she said “yes” to Correa. Congratulations to the happy couple! 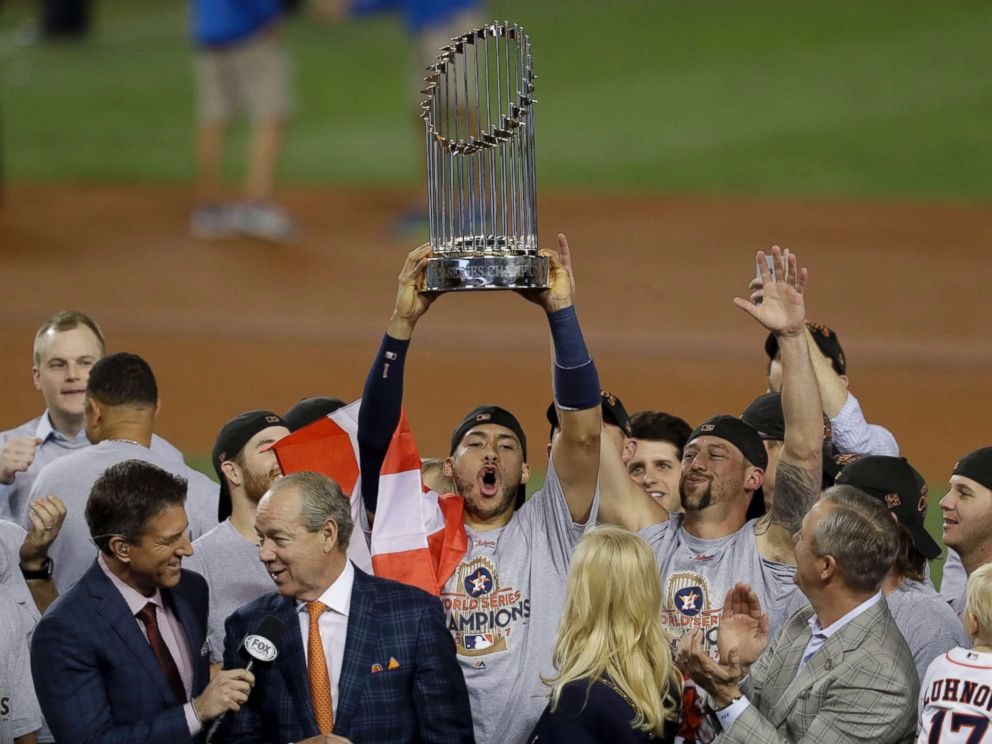 The Astros have finally become champions after a thrilling 56th season.

They claimed victory over the LA Dodgers with a 5-1 win in Game 7 winning the World Series.

“We did it. We knew we had a plan that could get us here and we got it. A world championship!” said Jeff Luhnow, Astros general manager.