Skip to content
Home » News » Is Ashley Benson in a relationship with new boyfriend? Spotted with a mysterious guy in New York!

Is Ashley Benson in a relationship with new boyfriend? Spotted with a mysterious guy in New York! 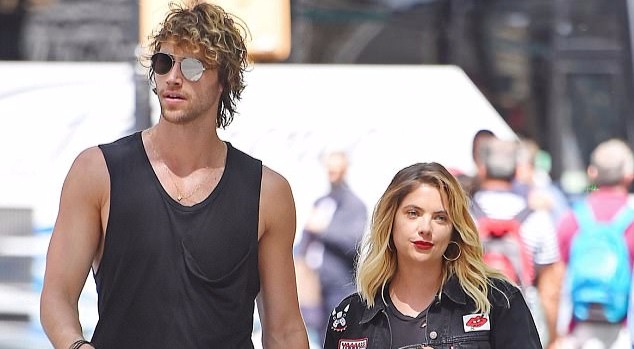 Pretty Little Liars star Ashley Benson was seen holding hands with a mysterious hunk in New York City. The star is currently on a break after having finished shooting for PLL earlier this year.

Benson stepped out in Manhattan with the tall Liam Hemsworth look-a-like guy. The two held hands while taking a stroll in the streets of the Big Apple. The 13 Going on 30 star looked smilingly at the guy who is just too tall to make an eye contact. She went all makeup free with just a hint of red lipstick. She must really feel in home with the guy. 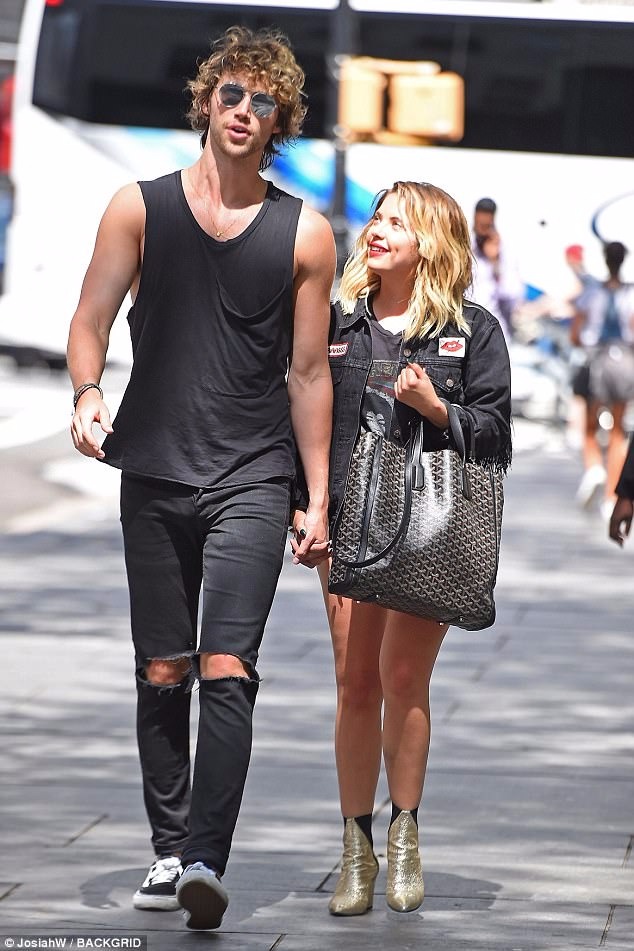 The pair went for an all black ensemble from top to bottom. She wore a black Jimi Hendrix-emblazoned tee paired with a black denim jacket and black shorts. On display were her toned legs and a smile as she looked comfortable around the guy. She carried a black and gray tote bag and wore a black and silver boot. The guy rocked a black sleeveless tank top with ripped black jeans and black sneakers. He also wore retro aviators.

Who has Ashley Benson dated in the past?

Benson has dated a few guys in the past, among which her relationship with Ryan Good was the most talked about. She dated Ryan, Justin Bieber’s “swagger coach” for three years. They started dating in 2011 and broke up in 2013. However, they soon patched up the same year and dated for another one year. Their on and off relationship finally came to an end in 2014. 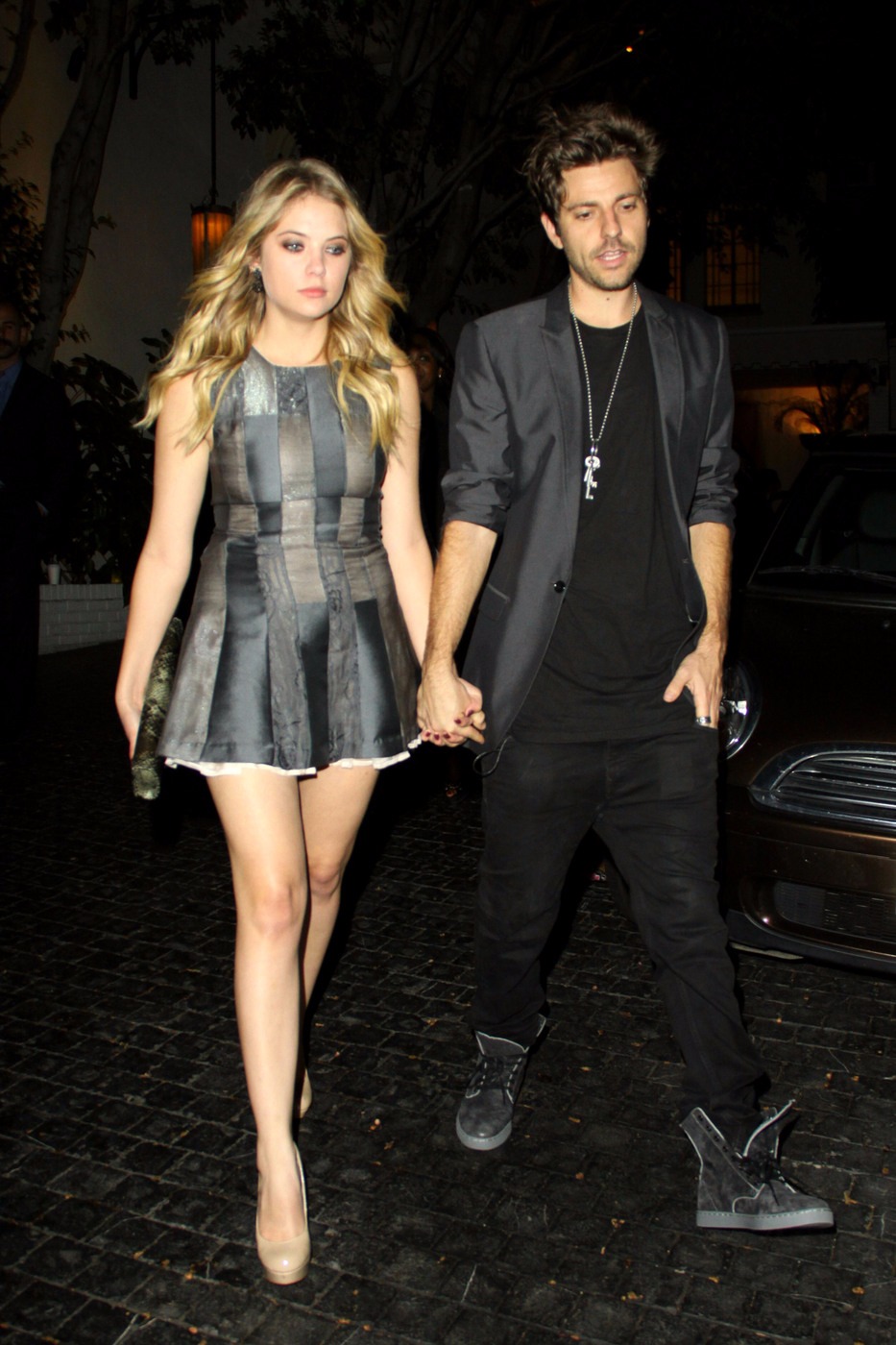 Benson also allegedly dated her on-screen love interest Tyler Blackburn from PLL. The two seem pretty close to each other. After her breakup with Ryan, Tyler posted a pretty intimate picture with her which sparked the rumors of their relationship. The picture posted on her birthday bore the caption, “Happy Birthday babe!”

She has also been in relationships with Chord Overstreet and Justin Thorne and is rumored to have hooked up with Nat Wolff and Taylor Lautner.