Andy Murray’s wife Kim Sears is an artist. Details on their love story 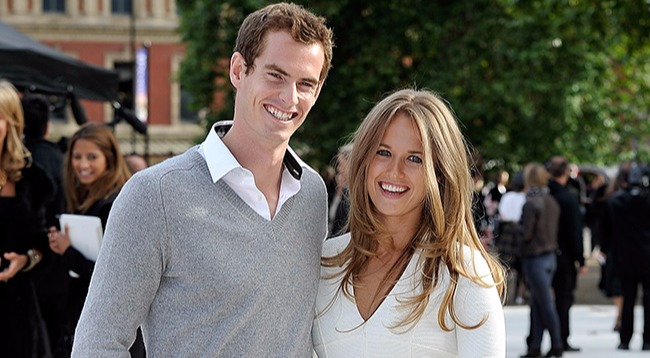 Kim Sears, who is renowned for her grace and style is the wife of Great Britain tennis star Andy Murray. She has always been by Murray’s side for the majority of his professional career since they met in 2005.

Kim Sears has a passion for art and painting

Kim was born on December 10, 1987, in Barcombe, in East Sussex, England. Her father Nigel Sears is a respected tennis coach, who has worked with stars like Ana Ivanovic and Daniel Hantuchova and her mother Leonore works for Cambridge University Press.

She graduated from the University of Sussex majoring in English Literature. She also achieved A-grades in her music, drama, and art A-levels.

She has always been passionate about art. Her Instagram page is full of her paintings. She has said, “I can’t remember a time when I didn’t turn to either paints or pencils as a means of release.”

She is known for her online pet portrait business called Brushes and Paws. Mostly, she does the realistic artwork of pets like dogs, cats, and horses among others. She released a book entitled How to Look After Your Human: A Dog’s Guide, which she co-wrote with her dog Maggie Mayhem.

She says, “I appreciate the art of every kind, but love to create paintings myself that are bold, upbeat and meaningful.”

Kim and Andy met at the US Open in 2005. At that time, Kim was traveling with her father, who was then the head of women’s section of lawn tennis association in England and Andy was playing in the second Grand Slam tournament of his career. Kim’s dad introduced the pair to one another. 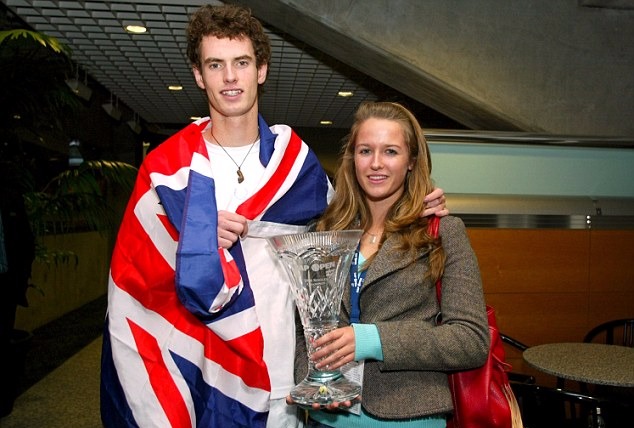 Their romance developed quickly, but they managed to keep it private until getting to know each other. However, their relationship came into the limelight, when Andy rushed into the crowd to embrace Kim following his first career win at the SAP Open in February 2006.

They went through several turbulent times throughout the years until Andy popped the big question to her in November 2014 and she didn’t waste a second to say yes. “She put up with me for nine and a half years. So it was probably about time that I proposed, and I’m glad that she said yes”, he said. 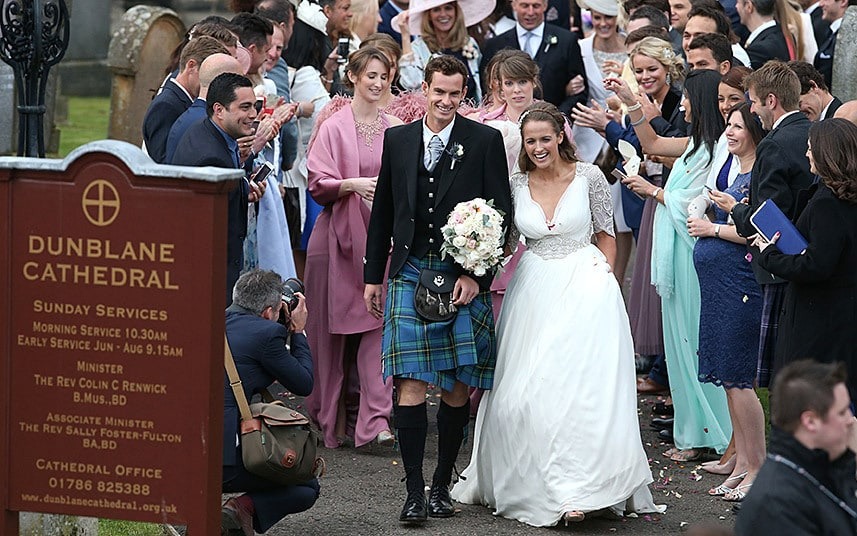 The lovebirds exchanged wedding vows on April 11, 2015, at Dunblane Cathedral in Dunblane, Scotland. There were thousands of people gathering outside the venue to greet the newlyweds.

The guests enjoyed the reception at Cromlix House Hotel. Both of their family have been supportive of their relationship from the very beginning. Andy’s mum Judy has even called Kim as “the best thing that has ever happened to her son”.

For Andy, tennis has been his life-long passion, but not everything. He has admitted that his parents’ divorce, which had been hard for him to handle has made him value his relationship even more.

Kim Sears is expecting her second child. Andy confirmed the happy news at Wimbledon. ‘We’re both obviously very happy and looking forward to it”, he said.

Some eagle eyed fans noticed Kim had been disguising her stomach with handbags and coats, hinting that she could be pregnant with her baby no. 2. 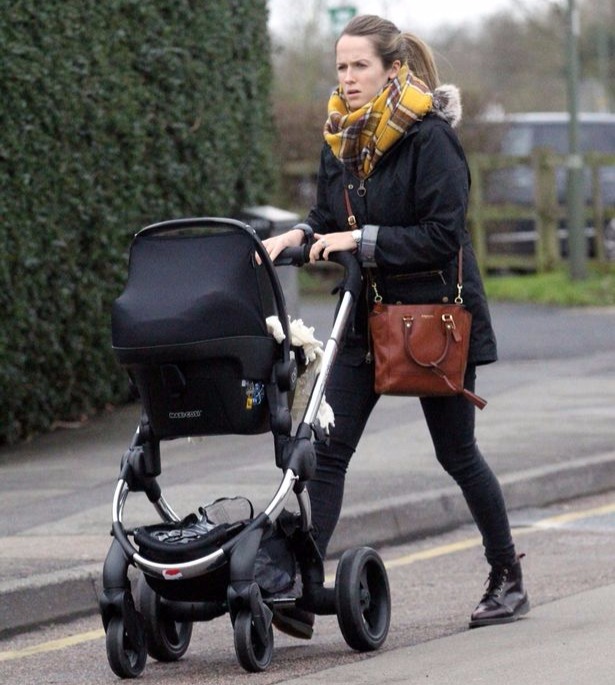 Their first baby, a daughter Sophia Olivia arrived to delight their paradise on February 7, 2016.

Supporting your loved one is one thing, but Kim appeared to have verged on racially abusing her husband’s opponent during the semifinal of Australian Open in 2015. 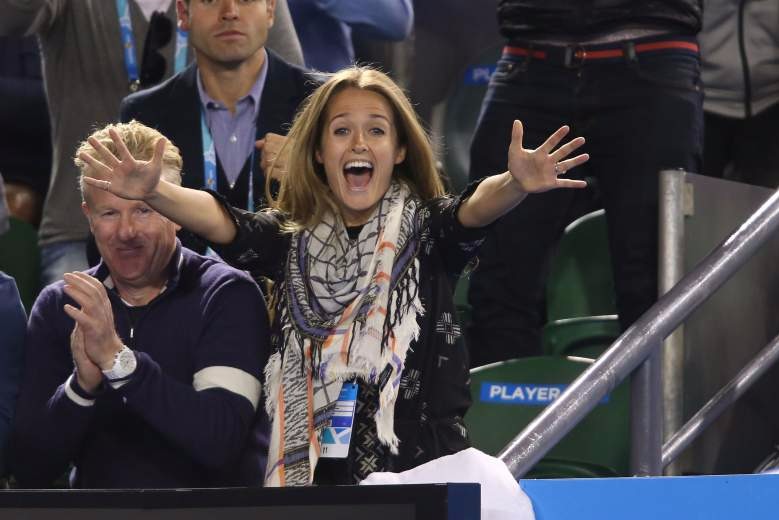 Thereafter, Kim remained silent but Andy defended his then-fiancee after the finals. He later said, “The tension between Murray and Berdych spilled over to my team and to my wife. That happens occasionally and I’ve seen it with other players over the years. I spoke to Tomas the day afterward and apologized. We’ve been great since. Everything is good now. To be honest he has always been extremely nice.”