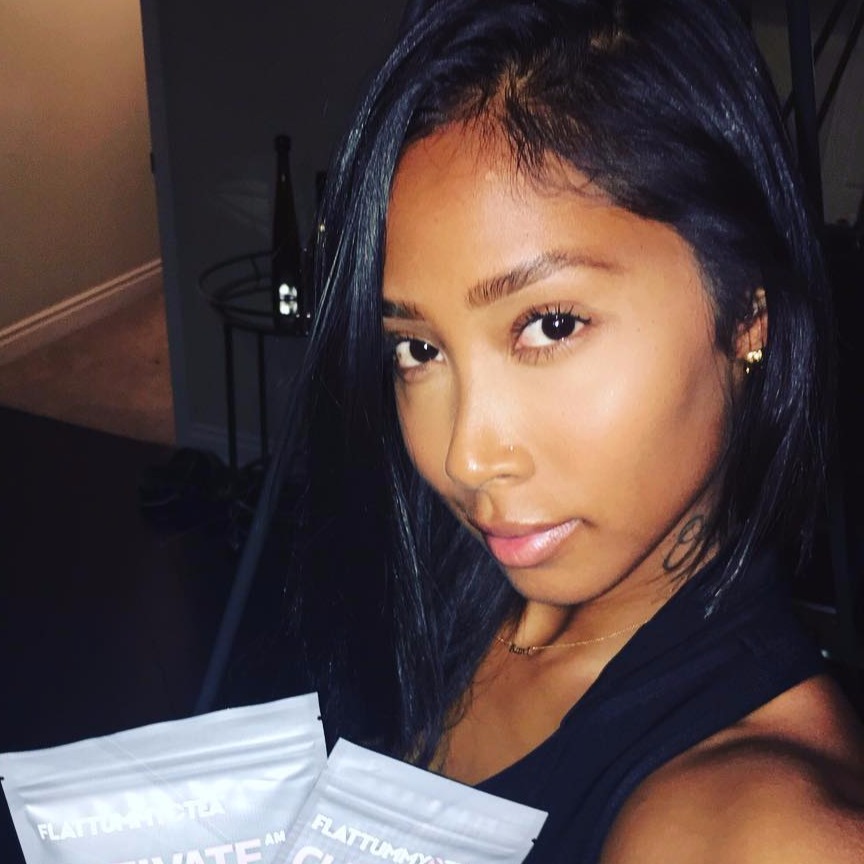 29 years old Jones is also blessed with captivating beauty. Jones has a height of 5 feet 5 inch and a weight of 52 kg.

Her exact body measurement is not available but her curvaceous body shape can be seen when she wears a bikini and tight fitting dresses. Her long black curly hair and beautiful lips are her distinct and attractive features.

She has posted many of her beautiful and sexy photos on Instagram. She is active on Twitter and can be followed @APRYLSJONES. She has 137K followers on Twitter.

Who is Apryl Jones?

Apryl Jones is a reality star who was seen in the reality TV show Love & Hip Hop: Hollywood alongside her former boyfriend. She is also a singer.

Apryl was born on December 15, 1986, in Illinois but information about her parents is not available. She holds an American nationality and belongs to black ethnicity.

Apryl is not her real name. Her government name is April.

She studied medical in college and graduated with a bachelor’s degree. She even served at Northwest Memorial Hospital in Chicago but later left medical as a profession. She wanted to become a singer so, she moved to Los Angeles.

She was influenced by Beyonce and wanted to make a name in the entertainment industry like Beyonce. In Chicago, she joined a girl group, Cellareign but she wasn’t happy with the growth. So, she decided to do it on her own.

When she was trying hard to make her name as a singer, she was introduced to Omarion, who is also a singer, by his personal trainer. She used to give him company on his tours as backup singer.

Their long companionship turned into romance. They had so strong bond with each other that their friends believed they would marry soon.

In August 2014, Apryl gave birth to their first child, a daughter named Megga with Omarion. Even after the birth of their child, they kept their marriage on hold but they were cast as a couple in a VH1 TV show Love & Hip Hop: Hollywood.

They’ve seen many couples separated due to the reality show so, they were initially not sure if they should join the show. But they did and the couple then gained fame as a reality couple.

In 2015, Apryl was again pregnant for the second time and welcomed a baby girl named A’mei Kazuko Grandberry. The parents to two daughters has now separated and the reality show did it again.

His boyfriend is now just her friend. Her best friend is Danity Kane actress Dawn Richard.