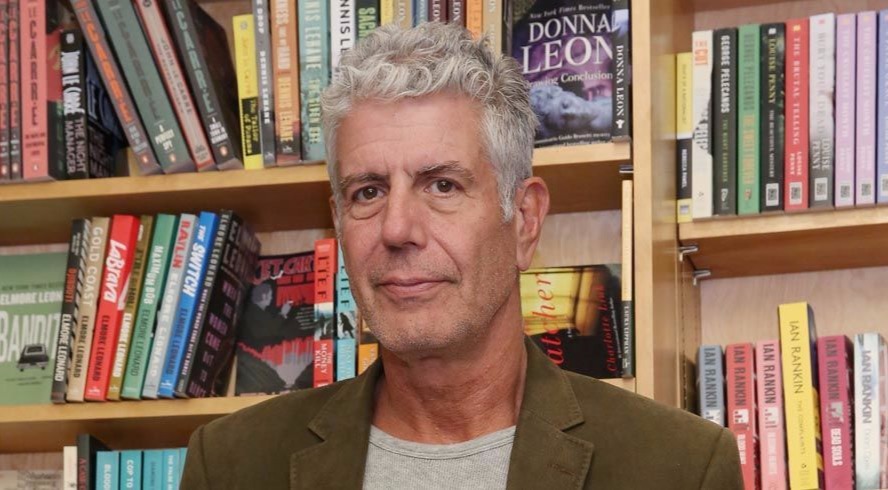 Anthony Bourdain is now recognized as a bestselling cookbook author and an award-winning television personality & celebrity chef. He had an interest in culinary arts from an early age, but it grew to be his passion and ambition while he was pursuing jobs at the seafood restaurants during his college days.

Decided to be a chef, Anthony went to hone his skills at the Culinary Institute of America and graduated in 1978. Thereafter, his career in the kitchen started from New York City, where he run various restaurant kitchens including One Fifth Avenue, Supper Club and Sullivan’s. Most famously, he entered Manhattan-based Brasserie Les Halles in 1998 and remained there for years as an executive chef.

Though he is no longer holding the position at the restaurant, he maintains a relationship with the restaurant. Years of dedicated work eventually paid off, earning him a title as “chef-at-large” of the famous restaurant.

Anthony released a book entitled Kitchen Confidential: Adventures in the Culinary Underbelly in 2000. The non-fiction book chronicles his professional story as well as behind-the-scenes look at the kitchens of restaurants. In the book, the commercial kitchen is described as an unpleasant, intense and somewhat like a hazardous place of work also citing it as a place not suitable for hobbyists.

The book, which was the New York Times’ bestseller, became an outgrowth of his article called Don’t Eat Before Reading This in American commentary magazine The New Yorker. The follow-up of Kitchen Confidential was out in 2010, as Medium Raw: A Bloody Valentine to the World of Food and the People Who Cook.

His other two New York Times bestselling non-fiction books include A Cook’s Tour released in 2001 and Nasty Bits released in 2006. The latter is a collection of essays primarily centered in food. His authoring fame was maintained by other books like Anthony Bourdain’s Les Halles Cookbook, Bone in the Throat and Gone Bamboo (culinary mysteries), Typhoid Mary: An Urban Historical (a hypothetical historical investigation) & No Reservations: Around the World on an Empty Stomach.

Bourdain’s essays and articles have been published in many other prominent magazines and newspapers like The New York Times, The New Yorker, Los Angeles Times, The Times, Maxim, Gourmet, The Observer, Esquire, The Face, The Independent, the Financial Times and others. He was co-writer of an original graphic novel entitled Get Jiro! For DC Comics/Vertigo with Joel Rose.

The famous cook and cookbook author has also courted controversy with the usage of offensive languages on his books & shows and openly criticizing celebrity chefs like Sandra Lee, Paula Deen and Alice Waters. However, his courage of demonstrating the reality also helped him gain applause.

In 2001, he was dubbed as Food Writer of the Year by Bon Appetit magazine for his highly popular Kitchen Confidential. Similarly, his 2nd book A Cook’s Tour was named Food Book of the year by British Guild of Food Writers in 2012.