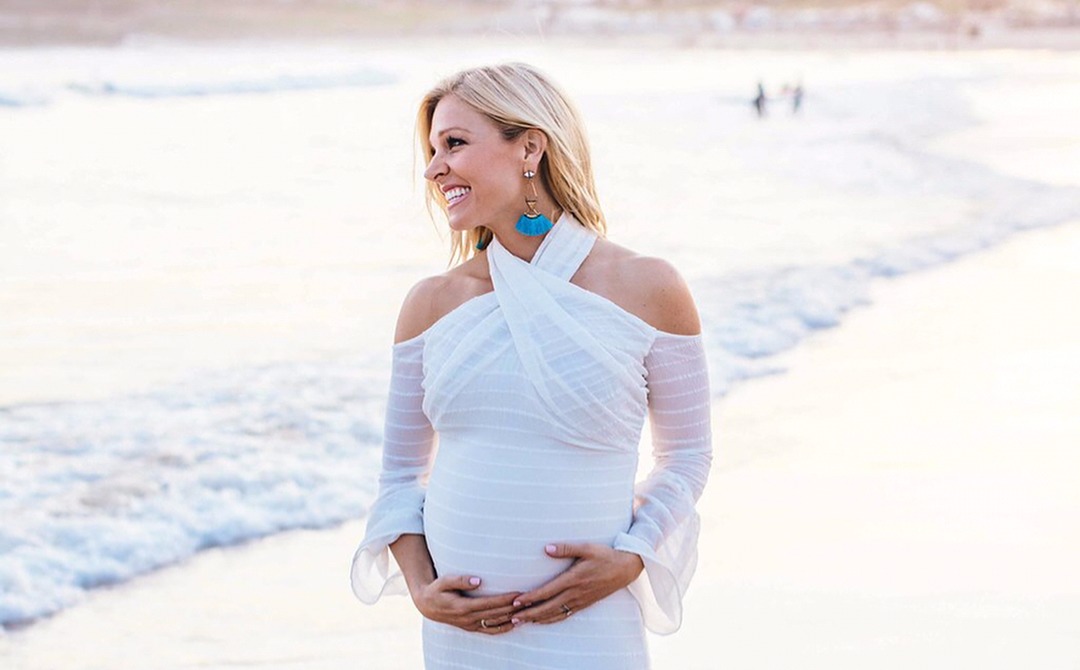 Fox News correspondent Anna Kooiman is presently pregnant with her first child. The baby daddy is her husband, Tim Stuckey. Kooiman, who announced her pregnancy in September this year, has revealed that they are having a boy!

Kooiman took to Instagram on September 8 to announce to her 50.6K followers that she was pregnant. It is her first pregnancy with her husband, Tim.

She shared a photo of herself at her favorite Bondi Beach, cradling her visible baby bump alongside her dog Baxter. “Baxter is excited to be a big brother in a few months!” wrote Kooiman in the caption.

Abby Huntsman, pregnant with her first child, flaunts her baby bump for the first time.

Anna Kooiman has been married for over two years.

Kooiman is presently based in Sydney, Australia, where she moved in August 2016 after Tim landed a new job there. Since July 31, 2015, the couple has been married and have known each other since 2012.

Anna and Tim celebrated their second anniversary in 2017. The former Fox & Friends host shared the occasion with her fans on Instagram with a gallery of photos of the couple.

She dedicated the caption to her husband, “Happy 2nd Wedding Anniversary to My Handsome Aussie Bloke! Here’s to making a lot more amazing memories like these.”

Find out how much Anna Kooiman earns from Fox News.