Andy Biersack and his girlfriend-turned-wife Juliet Simms well maintained secret! Married in 2012 but publicized in 2016. His net worth and shirtless pics 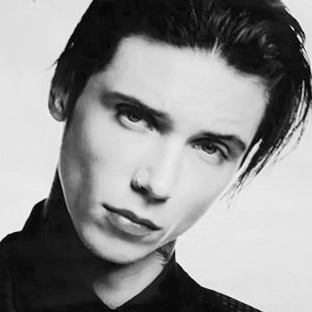 Andy Biersack and his girlfriend Juliet Simms have finally unveiled their well-maintained secret. They married long ago in 2012 but publicized in 2016. Andy Biersack’s net worth and shirtless pics are worth taking a look.

Andy Biersack and Juliet Simms’ had already married in 2012, marriage in April was the second one

Andy and longtime girlfriend, Juliet Simms, got married in April 2016 after a loving and intimate relationship. However, we all got fooled too.

Yesterday evening we had a beautiful intimate ceremony with our friends and family and I married… https://t.co/8Kv69kQCkt

It has been revealed that the couple just pretended to marry in April. Actually, they had already married a long time ago. They actually tied the knot on 18th March, 2012.

Why did they do it? Perhaps, they just wanted to keep themselves off from the media attention. Anyway, their public marriage caught much attention, finally revealing their top secret. Naughty couple!

Yesterday evening we had a beautiful intimate ceremony with our friends and family and I married my best friend in the world. I am the happiest man alive! Thank you to everyone who came to support us, it was such a magical night filled with love and laughs. Thank you to every one of you guys who have supported @thejulietsimms and I in our love and have been so kind to both of us. I am incredibly excited to start this new chapter in my life with my soul mate. The list of people who contributed to this wedding and made it happen is too long to list but needless to say this wouldn’t have happened without our dedicated and amazing friends. Thank you! Photo by @lizzy_cupcake

On Simms’ photo of the marriage in April, she said on Instagram, “I got to marry my best friend, love of my life and soulmate. Words cannot express how I feel right now. Andy Biersack I will love you forever, my everything, my always.” All of this was such a fabulous moment for the wonderful couple.

Andy Biersack also wrote a long note on his Instagram after the euphoric marriage the couple had. He was blessed to have married Juliet Simms, the love of his life. Andy was thankful to everyone for the ‘magical night filled with love and laughs’.

The couple indeed had a fantastic marriage ceremony.

Just arrived back home after a trip to Ohio to visit my folks and see some heart wrenching Bengals football play out before our eyes! In any event I wanted to post a picture from the shoot my partner in crime and love of my life @thejulietsimms ❤️ and I did for @dollskill awhile back with @thecobrasnake ! We had a blast that day in Orange County shooting at a beautiful old church and the pictures turned out great! Sadly the newspaper was just filled with random numbers and letters haha oh well! Back to work on #bvb5 tomorrow with @johnfeldy and the boys! Have a great week everyone! #whodeyforever

San Diego! I’ll be making weird ass scary faces like this and more at 4:15 on the #SHARK main stage! I also plan to sing some songs! Come join me #blackveilsummer @vanswarpedtour signing at AP tent at 1:45! Photo by: deadturquoise #troxyawn

The widely known singer for the song ‘In The End’ has a net worth of $2.5 million. This whopping wealth of newly married man is quite a lot for the couple to spend.

Lately, he has been spending a lot of his money on hairstyling, maintaining his body and embroidering it with beautiful tattoos. Andy also likes a luxurious lifestyle and is a connoisseur of tasting food in new restaurants.

Andy has a fascination with shirtless pics. Most of his shirtless pics perfectly accentuate on his tattoos on both of his hands and shoulders. The tattoos look perfect on the shirtless Andy.

It’s safe to say that Andy is obsessed with tattoos and has several shirtless pics to show them off. His marriage was evidently revealed to the media in 2016. Thanks for the surprise Andy Biersack and Juliet Simms!