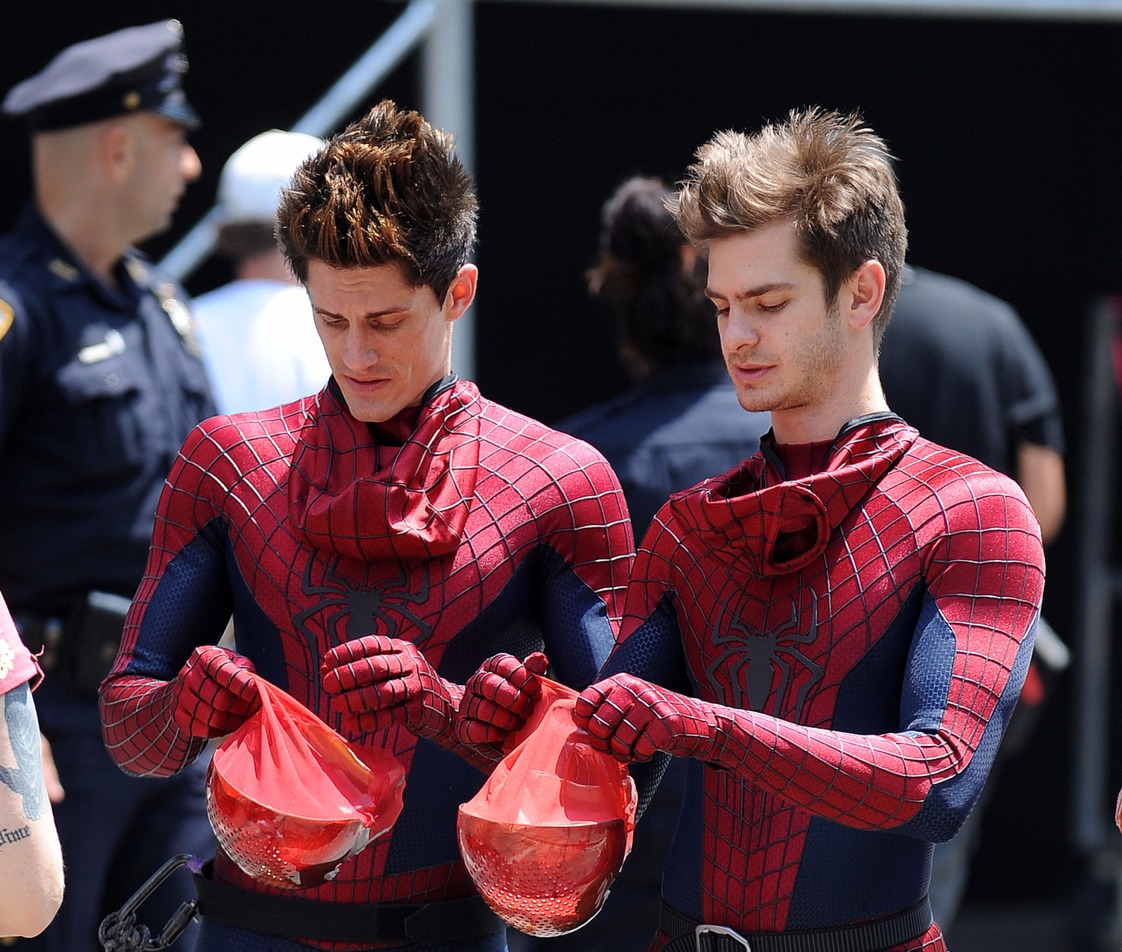 The Amazing Spider-Man actor is hard to distinguish from his stunt double in the movie’s sequel.

William Spencer, who doubled Garfield’s character of Peter Parker in Amazing Spider-Man 2 looks similar on the photos of the set of the film. Moreover, it was almost impossible to recognize them, when they were in spider-man suit and a Spidey mask.

William is a renowned skateboarder, who began his career on a skateboard in the heart of Texas. He has done skate stunts and stunt-doubling for movies like The Amazing Spider-Man series, Project X, Jonah Hex, The Kids Are All Right and other.