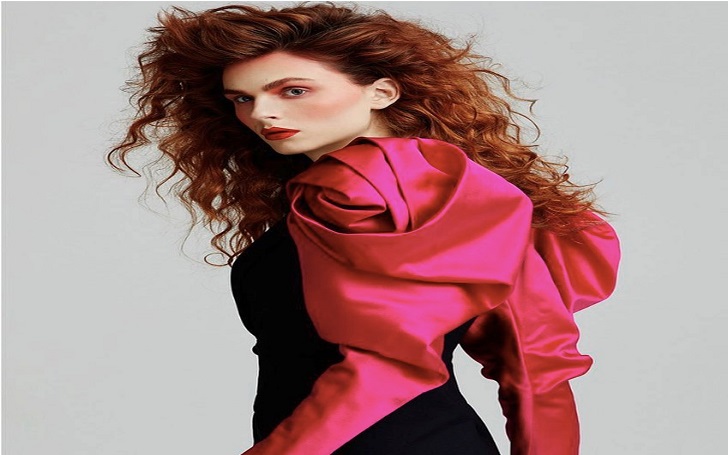 Andreja Pejić is an Australian actress and model. Pejić first came to fame as a model. She also gained a massive spotlight after undergoing gender-based surgery.

Suppose you are curious to know about Andreja. Find out all about her early life and more. Give your few minutes to find Pejić’s bio, wiki, affairs, net worth, and many more.

Who is Andreja Pejić? Learn Age, Family, and Education

The Australian actress Andreja Pejić was born on 28th August 1991. She was born in Tuzla, Yugoslavia, now Bosnia and Herzegovina. However, Andreja and her family left their country later on.

Moving on, Andreja was born to her father, Vlado Pejić. And her mother, Jadranka Savić, is a Serb. Further, she grew up with her older brother Igor Pejić. However, Pejić’s childhood was anything but peaceful. Andreja’s parents divorced soon after her birth.

Andreja fled to Serbia during the Bosnian War with her brother, mom, and grandma. Likewise, Pejić stayed at a refugee camp near Belgrade for a short time. Soon after, they settled in a place called Vojska near Svilajnac.

But the 1999 NATO bombing of Yugoslavia caused Andreja and her family to emigrate to Australia. Therefore, Pejić holds Australian citizenship and is part of a white ethnic group. Besides, she follows Atheism. And Pejić is currently30 years old.

As per the source, Andreja attended University High in Parkville, Victoria, Australia. And she completed her education at the said college. But, the subject she majored in remains a mystery for now.

How much is the Net Worth of Andreja Pejić?

The transgender model Pejic has accumulated a handsome sum of amount. Her net worth is predicted to be around $1.5 million. Not only that, but she also earns $1,155.75 to $1,926.25 per sponsored post on Instagram.

Furthermore, she earns her income through her career as a model and actress. She is just 30 years old, so that she will raise more revenue throughout her career. She worked as a model with top modeling companies such as Ford Models, the D’Management Group, Bravo Models, Tokyo, Barcelona, and many more.

Furthermore, as of 2022, Pejić started appearing in more and more projects. Most recently, she played the character of Nino in The Other Me. Likewise, Andreja also found the role in the movie Dalíland as Amanda Lear.

The 30-year-old actress, Andreja Pejić, keeps her personal life hidden from her fans. Her personal life and relationship also appear to be reasonably private. She seems more focused on her career now, so she isn’t thinking about finding a husband.

However, in the past, Andreja did hold many relationships. However, she kept most of her partners away from the spotlight. But, her most well-known boyfriend was Remy Duran, a cast member of Are You The One?

As a result, she maintains a private life. Andreja not only keeps her current relationship hidden from the public eye, but Pejic also keeps her past affairs hidden. As a result, her ex-boyfriends’ names are largely unknown.

Did Andreja go through a sex reassignment surgery?

The 6 feet 1-inch tall model had sex reassignment surgery at the beginning of 2014 and was the first transgender model. She spends almost $40,000 on medical procedures.

However, she had no experience with sexuality at an early age. She was raised like any other child until she reached the age of thirteen. After that, she came to know that she was born a boy. She was born a transgender child in her family.

Is She on social media?

Andreja also used to be active on Facebook. However, currently, the talented model/actress deactivated her FB account. Moreover, Pejić held thousands of followers and likes on her Facebook page before the deactivation.