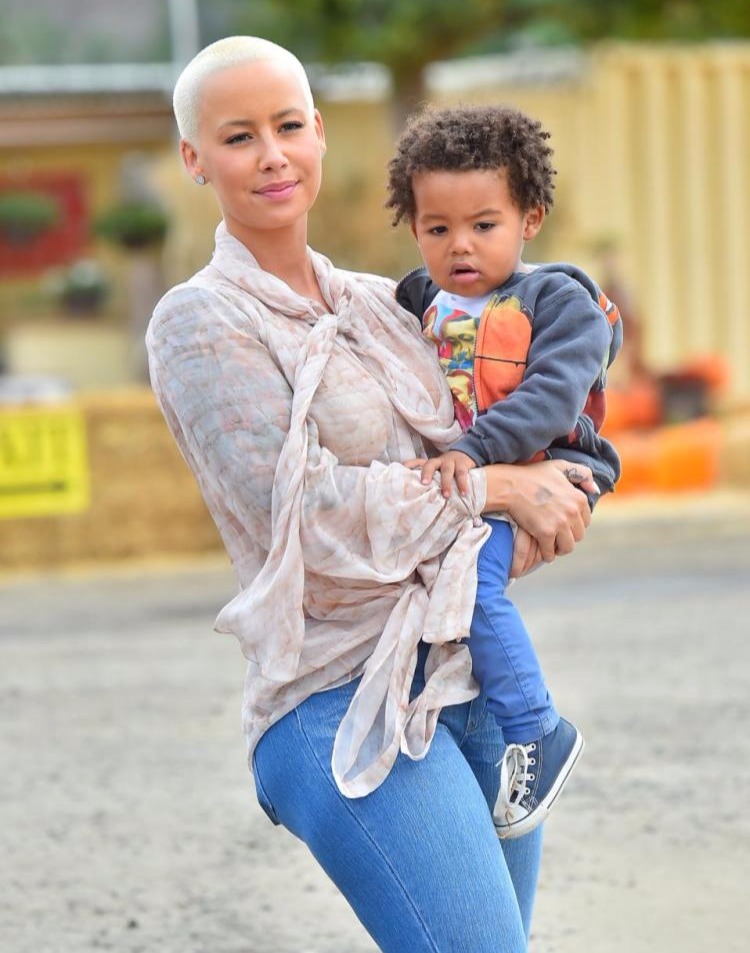 Amber Rose is mother to a son, Sebastian Taylor Thomaz. After giving birth to Sebastian in 2013, Rose hired the celebrity trainer Jeanette Jenkins and formed a strict workout routine which included power yoga, jogging, and kickboxing.

Rose has said that losing baby weight is not easy and women who say it is are misleading other women. Rose said that she herself had struggles after shedding her post baby weight.