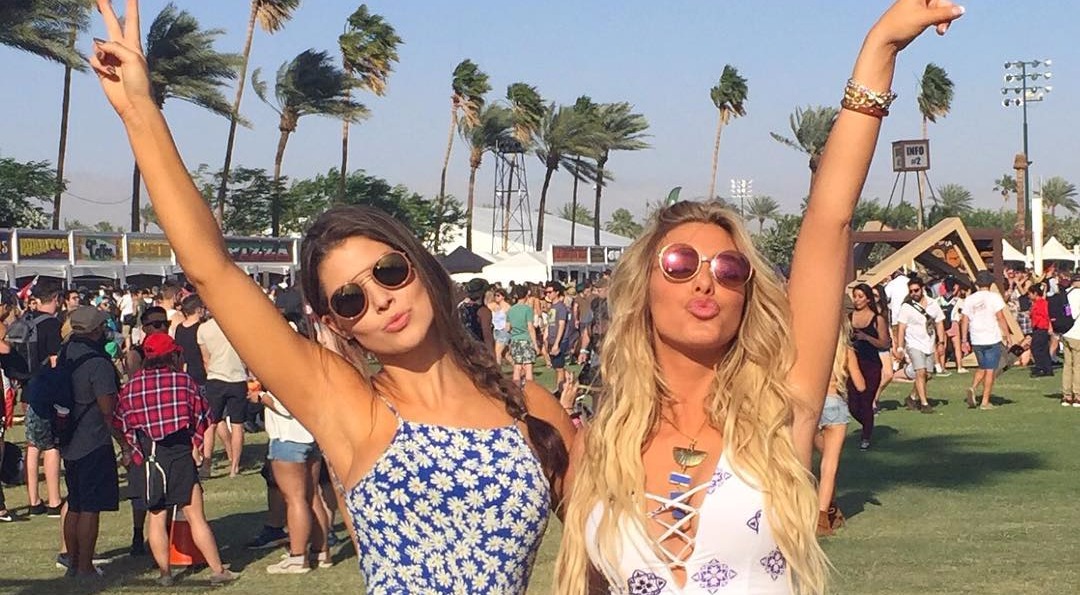 Amanda Cerny’s latest tweet seems to be a diss towards fellow YouTuber Lele Pons! Are the ex-best friends still fighting?

It’s well known that there’s no love lost between YouTubers Amanda Cerny and Lele Pons. After a spectacular fallout last September, which allegedly ended after Pons called the cops on Cerny, it seems things are still on the rocks between the former best friends. 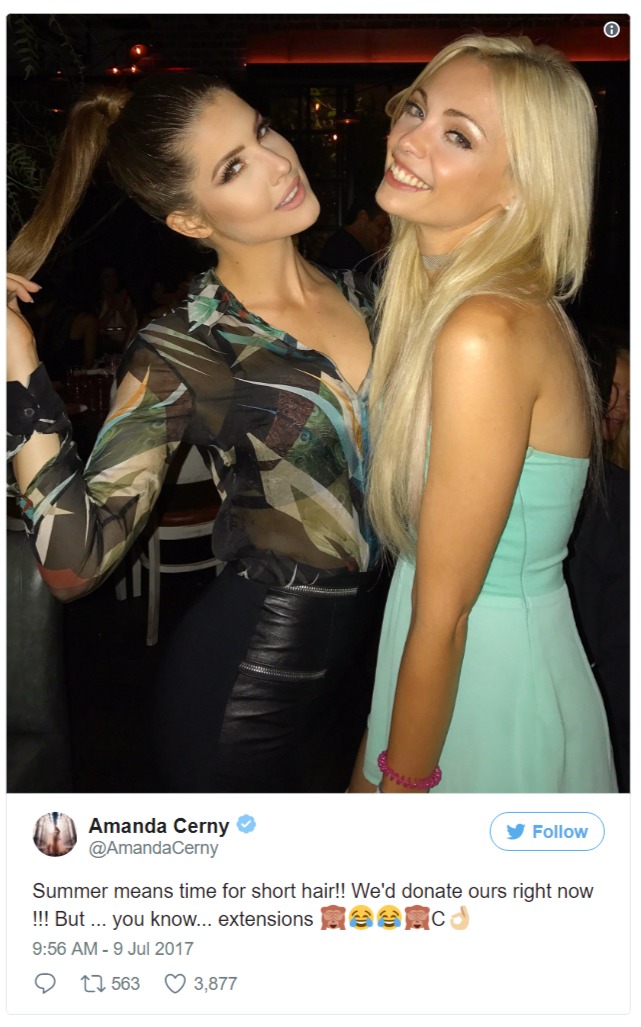 Cerny’s recent Twitter post definitely indicates so! Cerny took to her Twitter to post a photo of herself with current best friend Katja Glieson. The photo looks harmless in itself, but the caption is a direct diss to her ex-BFF.

She tweeted the photo with the following caption: “Summer means time for short hair!! We’d donate ours right now !!! But … you know… extensions.” Cerny also posted the photo to her Instagram with the same caption.

For those who don’t know what this means – Lele Pons recently came under scrutiny from fans for donating her hair to charity. 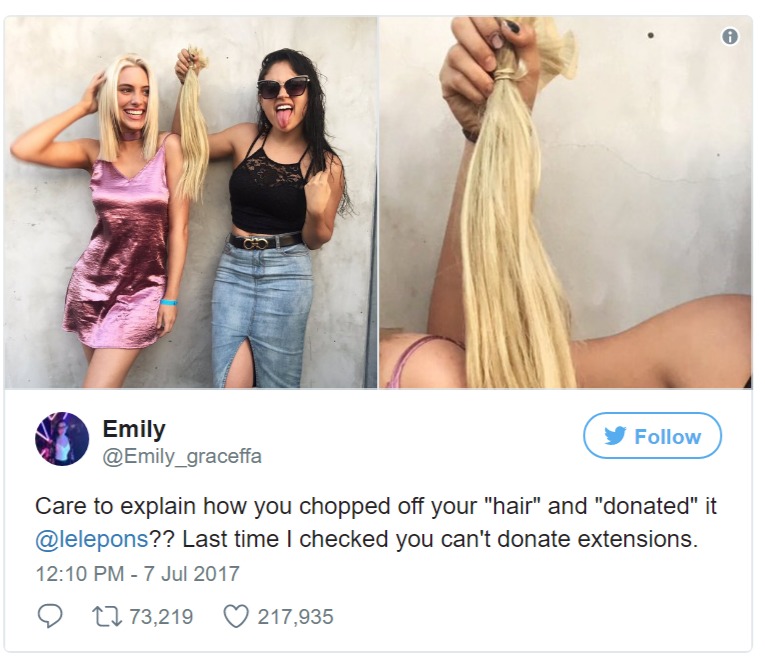 The Venezuelan YouTuber cut a huge amount of her blonde locks and pledged to donate it to those in need. She posted a photo of her after the haircut on Twitter. The photo also featured friend and fellow YouTuber Inanna Sarkis who’s holding Pons’ detached locks.

However, the drama began after one fan tweeted out that it was actually extensions and not her real hair, that Sarkis was holding.

The post has since been deleted but Pons has been receiving some hate because of it. 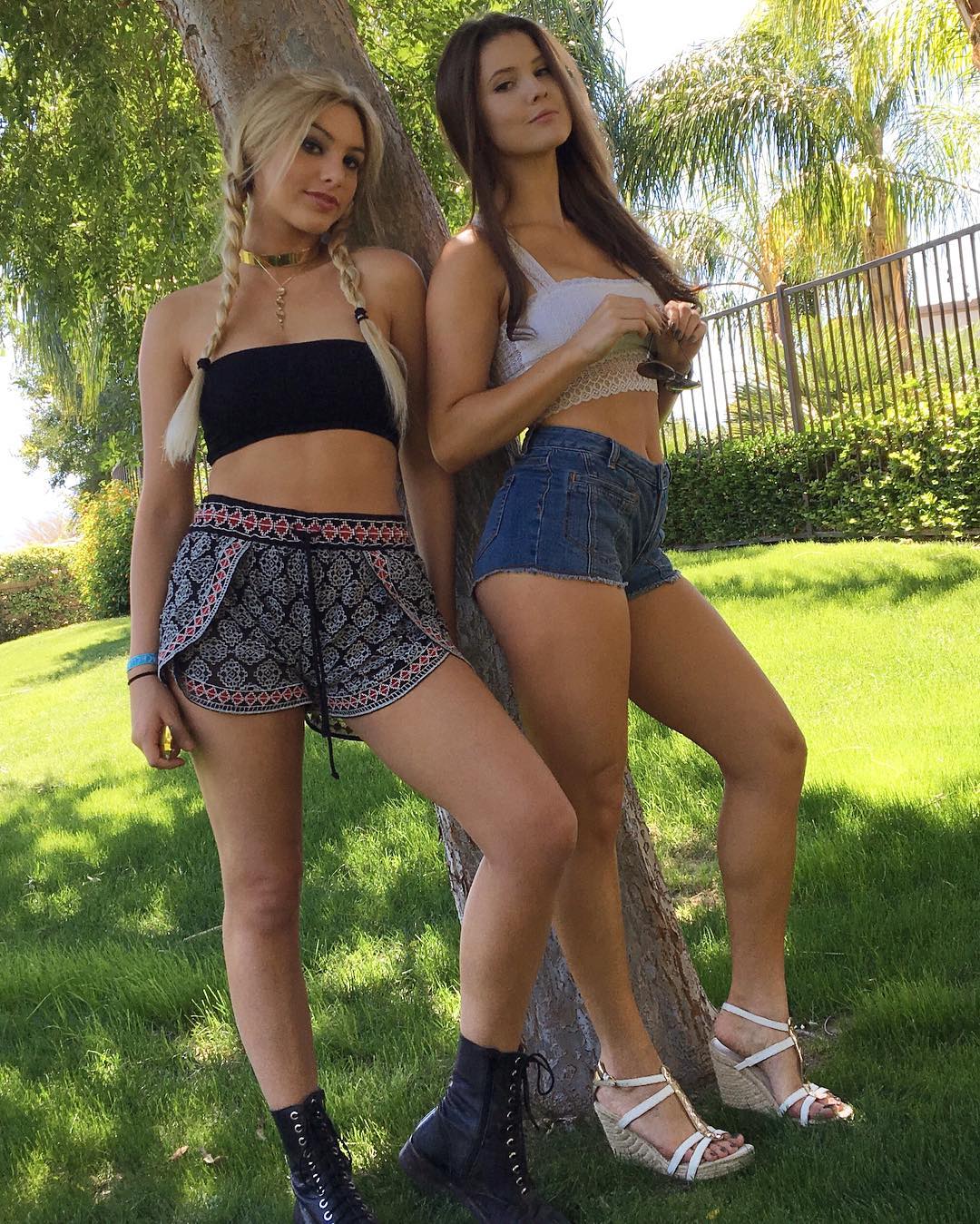 A few months before the fallout, Cerny noticed that her photos and videos on her social media sites were disappearing on their own and her posts were going straight to private so her fans were not being able to view them.

Cerny thought it was just a glitch at first, however, she later found out that it was Pons who was deliberately deleting her posts. She confronted Pons at a party after she caught her redhanded and Pons reportedly confessed to the crime. 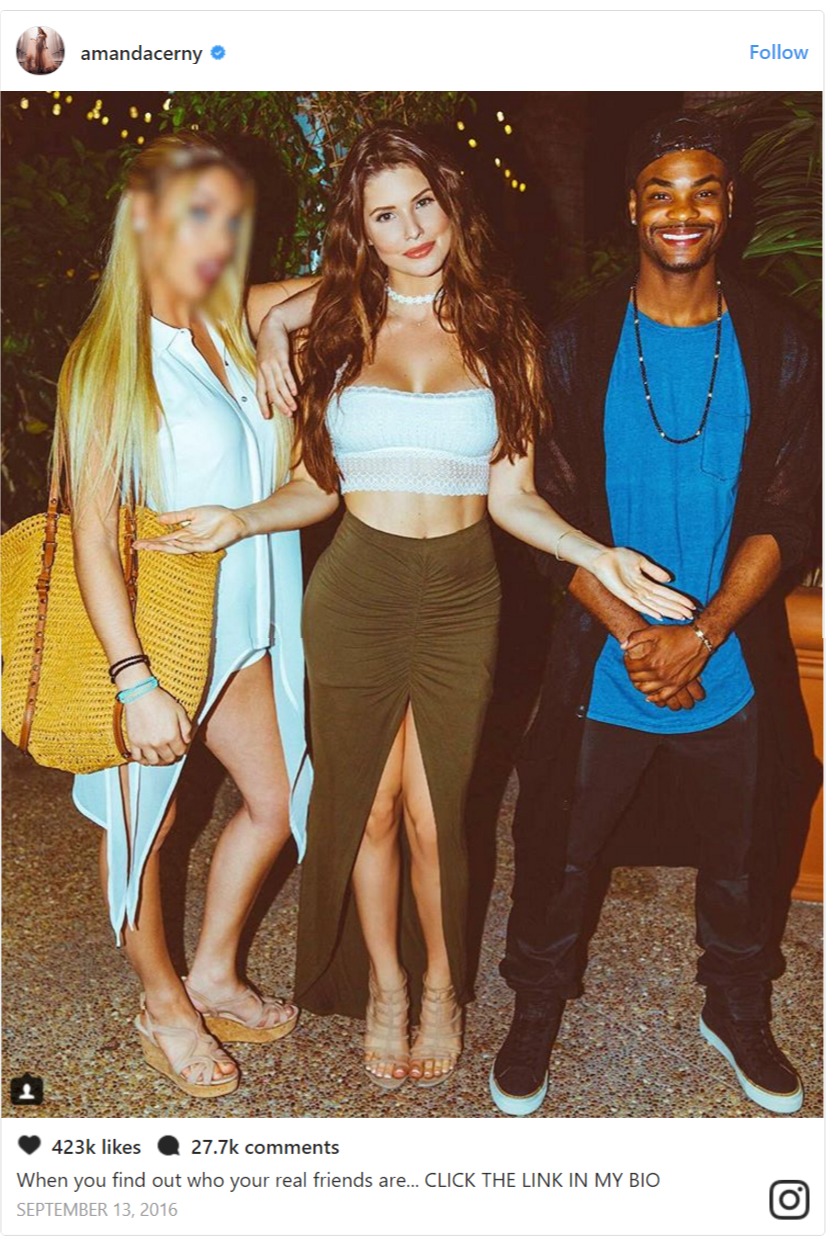 Cerny took to Instagram to let her fans know that she and Pons were no longer friends. She posted this photo of hers with Pons and mutual friend King Bach, blurring out Pons’ face. She also made an elaborate YouTube video titled “Why I Dumped Her!! | Truth revealed!!!” explaining the whole situation.

Lele has reportedly apologized since the fallout, however, it looks like the fight’s far from over. In May 2017, when asked about Lele, Cerny said, “I have not spoken to her. I’m just focusing on my success and career.”