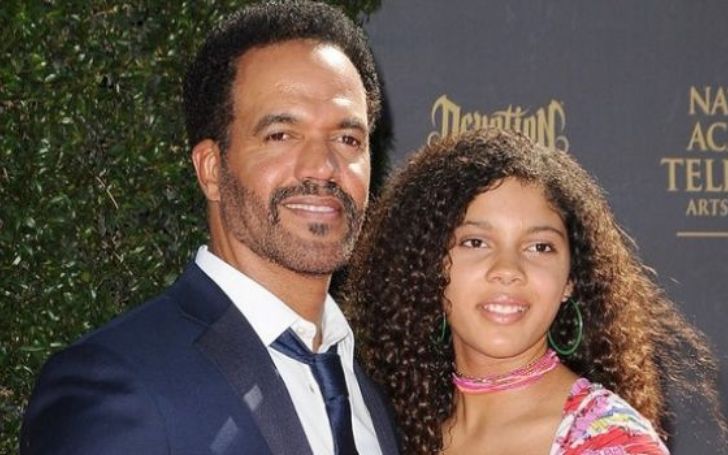 Allana Nadal is a former television personality and model. However, she is also well known for being related to a celebrity. She was married to a famous actor Kristoff St. John.

Kristoff St. John was an American actor. He was well known for Neil Winters on The Young and the Restless soap opera. Sadly, the actor passed away on Feb. 3, 2019, due to heart disease.

How old is Allana Nadal?

Allana Nadal is 46 years old. The model was born in 1976. However, the exact date of Allana’s birth remains hidden from the public.

Allana is secretive about her life. The identity of her parents is not shared with the public. However, she was born and raised in Los Angeles, California.

Nadal graduated from Mira Costa High School. It is unclear if the model went to university. In addition, she has aspired to be a model since she was a child.

Allana is famous for her relationship with Kristoff St. John. It is unclear when the couple met. However, they tied the knot in 2001.

It was Allana’s first marriage and Kristoff’s second. The couple was together for six years before deciding to split. They also have one daughter together named Lola St. John.

Allana Nadal is currently single. The model is very secretive about her life. However, she might share her relationship with her fans when she starts dating.

Kristoff St. John was found dead on Feb. 3 at his home. His cause of death was hypertrophic heart disease. In addition, it is believed that alcohol may have contributed to the actor’s poor health condition.

Kristoff’s ex-wife Mia St. John stated that he was blaming himself for the suicide of their son. Furthermore, Kristoff’s son, Julian St. John, struggled with mental health. In addition, Julian battled with schizophrenia, and that fight led to drug addiction.

Mia also added that after their son’s death, Kristoff blamed himself for not being able to save Julian. Both Mia and Allana both expressed their grief of losing their ex-husband. However, Mia struggled to cope with losing both her ex-husband and son.

Kristoff St. John’s net worth was $6 million. However, the actor died without a will. Hence, this caused his ex-wives and daughters to go to court for a settlement.

Kristoff’s first wife Mia said that she was the sole beneficiary of the actor’s life insurance policy. In addition, in March 2019, Kristoff’s eldest daughter Paris St. John filed court documents in Los Angeles. Paris was requesting to become the administrator of her father’s estate.

In addition, Akkaba Nadal also filed a $1.16 million claim against the actor’s estate, saying the money is needed for the benefit of their daughter. Allana’s petition stated that the estate funds would be used to provide $5,721 a month in child support for Lola St. John through her scheduled graduation in June 2021.

In addition, the balance would consist of $1 million in life insurance proceeds that Nadal maintains should have been distributed to her daughter.