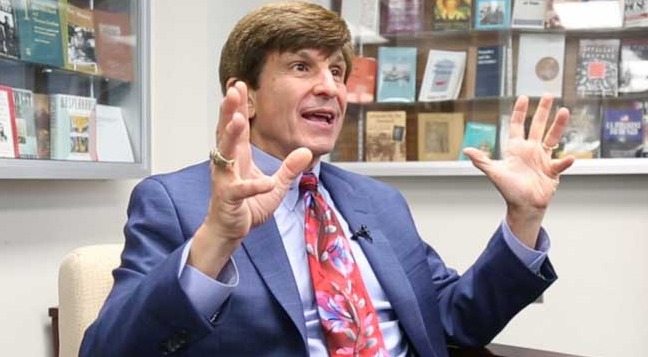 Allan Lichtman, who ran for the U.S Senate in Maryland, is best known for his involvement in politics. Besides, he is also a well-known figure at the American University in Washington D.C where he serves as a teacher.

His dedication and his excellence in teaching were honored when he was recognized as the Distinguished Professor of History in 2011 and as The Outstanding Scholar for 1992/1993.

Apart from his teaching, he has also authored several books and articles. In his writing career, he has published a little of 100 articles and has predicted the winner of almost all U.S. elections including Donald Trump.

Allan Lichtman was a bright student since his childhood

Allan Lichtman was born as Allan Jay Lichtman to parents Gertrude Lichtman and Emanuel Litchman on April 4, 1947, in Brownsville, New York City. He received his education from Stuyvesant High School and later earned his B.A. degree in History from Brandies University in 1967. Lichtman earned his Ph.D. from Harvard University.

While pursuing his academics he was interested in track running and in wrestling.

Allan Lichtman likes to keep his personal life to himself

Allan Lichtman has had a success in his career, both as a professor and as a political historian. TBut there is another part of his life where he is believed to be equally successful, his married life.

Allan Lichtman is married to his lovely wife Karyn Stickler. Details about their marriage have not been mentioned yet but it can be predicted that the couple is living a happy life as no rumors of divorce or extramarital affairs have stricken their relation.

Allan Lichtman seems happy to keep his personal life off the light due to which no details about his marital life and children have been disclosed yet.

Starting a career as a professor, Allan ended up being a politician

Allan Lichtman, a belonging to the Democratic Party, began his professional career as a teacher in 1973 when he joined American University. He was a history teacher. In 1993, he was honored with the Scholar/Professor awards.

Outside the classroom, Allan is a politician, a man renowned for predicting the winner of the US presidential elections. He is also a Civil rights expert witness who has been testified for 70 different cases by the US Department of Justice.

The 69 years old politician-historian served as an assistant to the U.S. Commission on Civil Rights while investigating voting irregularities in Florida in the 2000 elections. From his investigation, the 69 years old quoted that there were major racial disparities in ballot rejection rates.

Though he knew that the votes of whites were more in comparison to the votes of the blacks, he made no objection and later he was harshly criticized for not taking action against such activity while voting.

Since starting his professional career as a teacher, Allan Lichtman has accumulated numerous success and achievements. Currently, he is famed as the man who successfully predicted the outcome of the 2016 presidential election.

Despite proclaiming the fame and the attention from the international media, details about him including his annual salary and his net worth, are not known. It is believed that he has a net worth in millions.