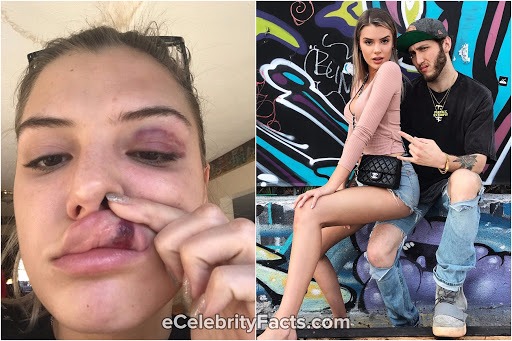 YouTuber FaZe Banks has claimed that his girlfriend Alissa Violet was assaulted in front of Barley House bar in the early hours of November 26. He took to Snapchat and Twitter to share the troubling news. He reportedly broke his finger after fighting off the perp.

Alissa Violet assaulted during night out in Cleveland, Ohio

Banks and Violet were in Ohio for Thanksgiving at Violet’s parents’ house. During the night out, the bouncer of the bar they were at, allegedly “tried to grab Alissa’s ass” and choked Banks out. The Snapchat from the exact moment shows an aggravated Banks cussing out the bar and the bouncer.

Violet has also been assaulted and has received bruises on her eye and upper lip. According to her Snapchat stories, she was attacked by two women outside the bar. Details on her assault hasn’t been revealed yet, however Keemstar claims that he knows the identity of these women.

Banks took to Twitter to inform his fans what had happened.

Everything to know about Jake Paul and Alissa Violet feud!

He revealed that he had broken his hand in the brawl and posted a photo of a beaten up Alissa.

“Posting a video about this whole situation and explaining everything A-Z as soon as I can. This shit is not ok and we’re going to get to the bottom of it. Love you liss, so sorry this happened,” wrote Banks. 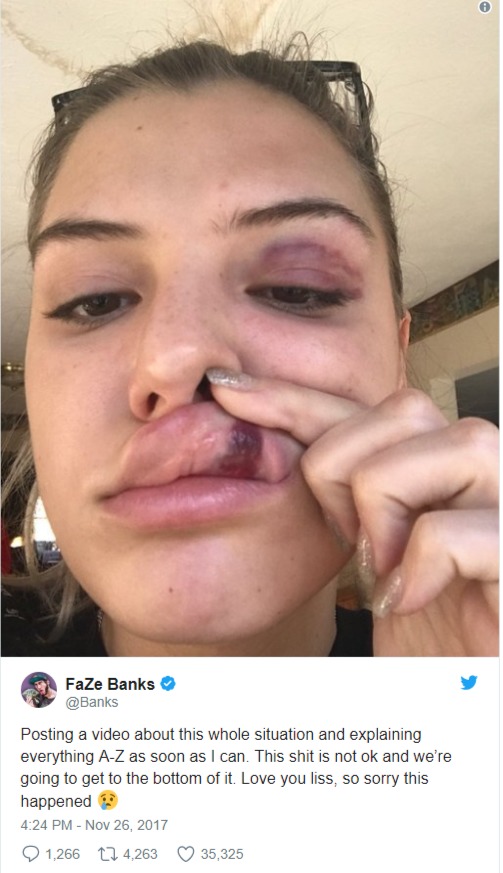 The couple have returned to LA and Banks has released a statement to YouTube channel, DramaAlert. 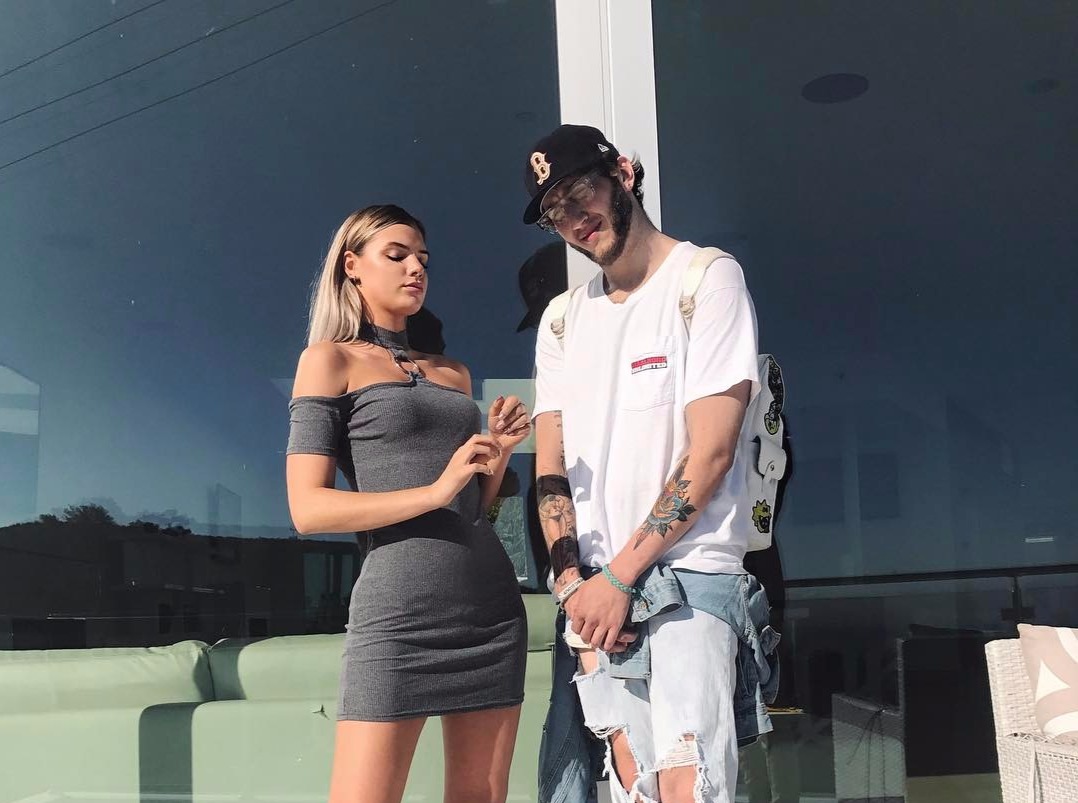 Barley House Cleveland clapped back with post on their Facebook writing, “…Our employees did an exceptional job handling the situation that was instigated on three separate occasions throughout the night by Ricky Banks and Alissa Violet. We have also come to the conclusion that Ricky and Alissa are instigators, liars, and manipulators. They are trying to use their social media influence to not only destroy our business, but to encourage people to harm our employees physically and emotionally.”