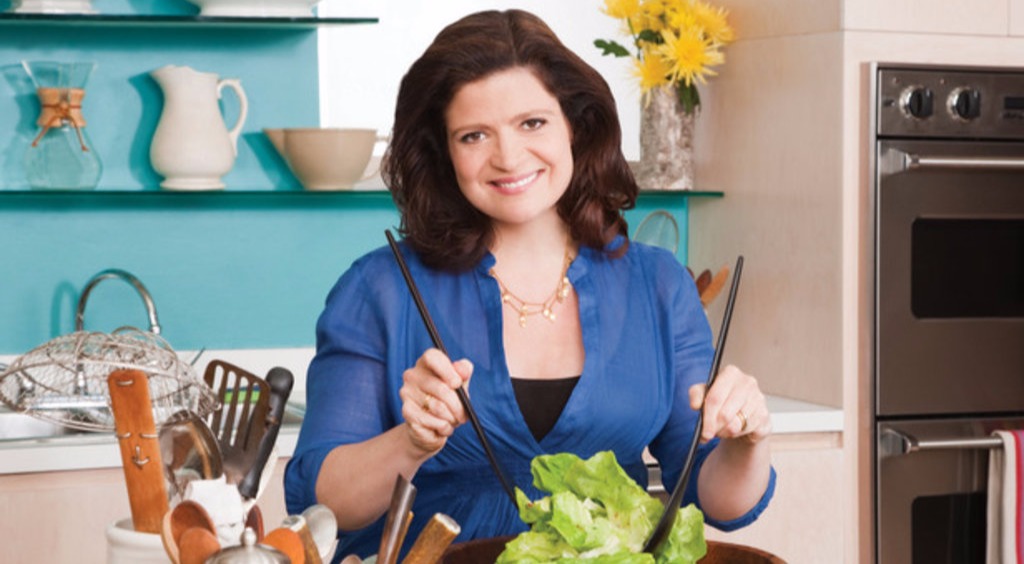 Alex Guarnaschelli is an American celebrity chef, currently serving as an executive chef at the Butter Restaurant in New York City.

She is known for serving as an executive chef at the award-winning The Darby Restaurant before it was closed.

Born to a restaurateur, John Guarnaschelli and cookbook editor, Maria Guarnaschelli, she developed an interest in culinary arts from a young age.

Her passion for cooking came while watching her mom testing different recipes while editing cookbooks at home.

Alex is the 2nd female ever to be crowned America’s Next Iron Chef on ‘Iron Chef America.’

She has appeared in various cooking shows on Food Network and Cooking Channel. She has frequently been appearing as a judge on ‘Chopped.’

She has released several cookbooks chronicling her experiences, recipes and autobiography.

Alex is a married woman and is a mother of a daughter.

Passion for food would come easily for Alex, but she found romance more challenging from the beginning.

She used to think that she would never have a family as giving more than 80 hours a week in the kitchen was not an ordinary job.

But, things changed after she met Brandon Clark sometime during 2006 at New York’s Institute of Culinary Education while teaching a fish class.

At that time, Brandon was attending culinary class and was serving as a personal injury lawyer in his dad’s law office in New York.

After meeting Alex, he considered becoming a professional chef, so that he could be closer to her.

Brandon tried his luck in the kitchen with her for a few days but working until late hours, lots of sweating and the hot temperature was not for him.

However, their destiny put them together despite the difference in thoughts and career choices. They ended up tying the knot on 29th April 2007.

Alex was pregnant with their daughter, Ava at the time of the wedding. The ceremony was held at Butter restaurant.

She is active on Instagram but hasn’t uploaded any photos of her husband and daughter.

Once, the news of Alex and a chef Geoffrey Zakarian’s affair had hit the tabloids.

They claimed to be best friends and appeared as judges together on the show, ‘Chopped.’

In May 2013, one of her fans tweeted asking if Alex and Zakarian are in a relationship,  and Alex replied to the tweet vehemently denying the allegations.

Once, she was referred to as ‘favorite chef to cook with’ by Zakarian and also worked as sous chef for him.

Alex has always maintained a low key profile when it comes to her personal life. Perhaps, this led to rumors of her and Zakarian’s affair.