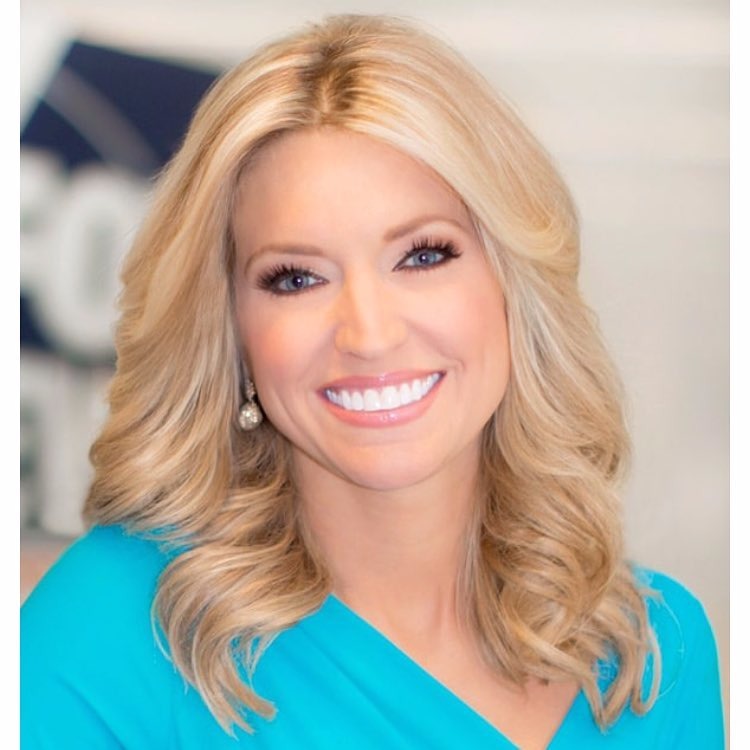 Ainsley Earhardt is a conservative political commentator, renowned for co-hosting Fox & Friends. She has been serving the Fox News since 2007 and has appeared on various shows on the channel.

The South Carolina native then moved to New York, in 2007 when she was offered a job at Fox News Channel. 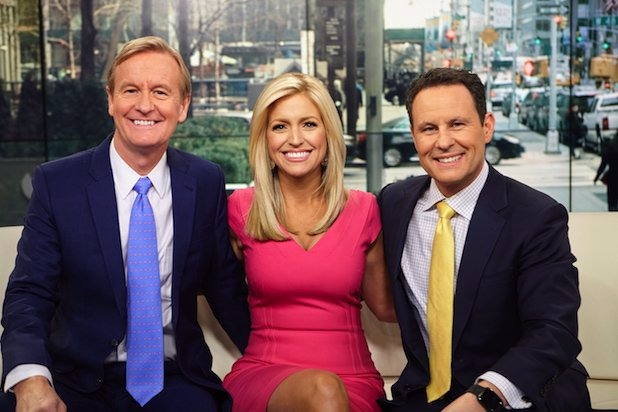 As of now, she is the woman who sits between Steve Doocy and Brian Kilmeade every morning on Fox News’ Fox & Friends. After joining Fox, she has worked on several shows, including Fox and Friends Weekend, America’s News Headquarters and Fox’s All-American New Year’s Eve. Along with that, she also reports her own segment called Ainsley Across America on Hannity.

The TV host got married to former college quarterback, Will Proctor. The pair tied the knot on October 13, 2012. She boasted on her show, Fox & Friends First, that she is feeling blessed, and adoring her life with him.

On June 22, 2015, she announced the news of being pregnant while hosting Fox & Friends First. Later, on November 6, the duo welcomed their first child, a baby girl, Hayden Dubose Proctor. She took to Twitter to announce the big news. 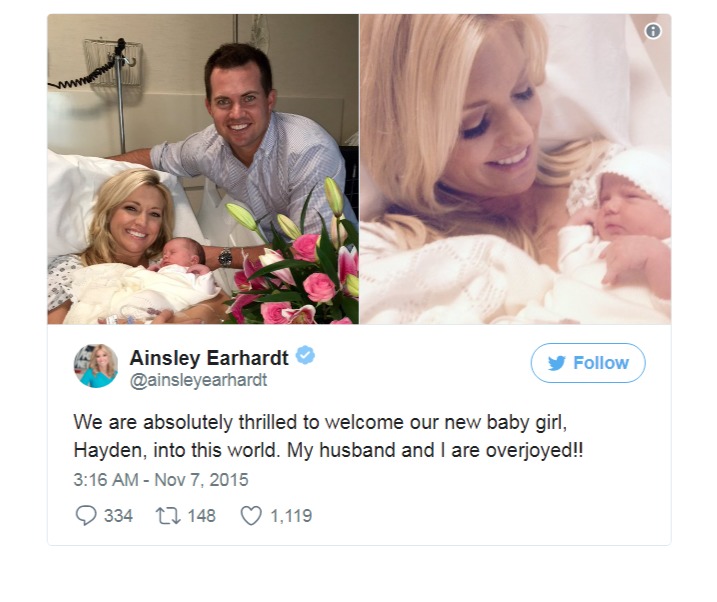 Previously, she was married to Kevin McKinney on April 9, 2005. The two were married for 4 years until they divorced in 2009. She does not share any children with her first spouse.