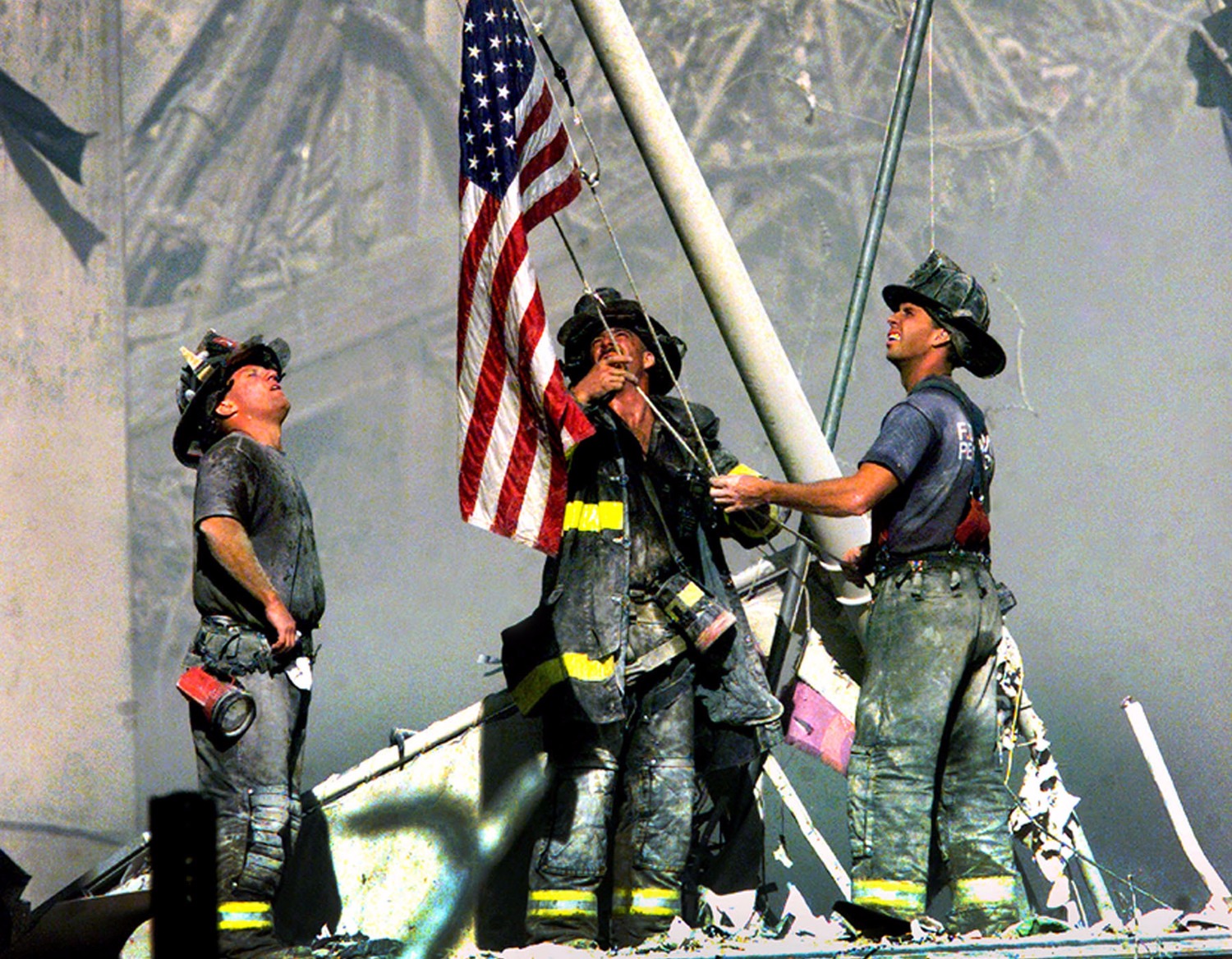 This iconic photo was taken by Thomas E. Franklin. The firefighters pictured here were William Eisengrein, George Johnson and Daniel McWilliams, who raised the American flag as a symbol of resistance.

“I would I say was 150 yards away when I saw the firefighters raising the flag. They were standing on a structure about 20 feet above the ground. This was a long lens picture: there was about 100 yards between the foreground and background, and the long lens would capture the enormity of the rubble behind them,” said Franklin.