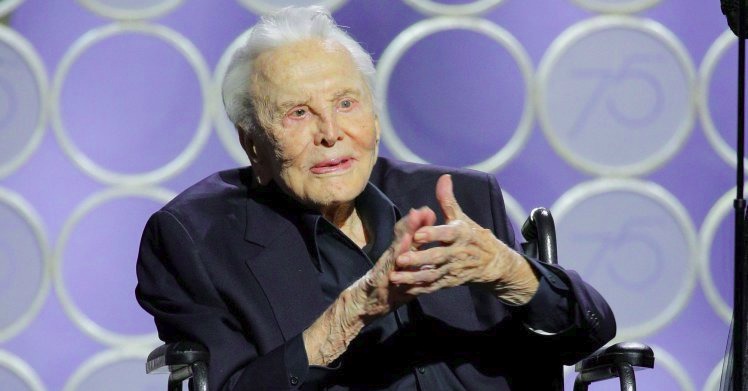 The Hollywood icon Kirk Douglas is one of those few people who has done almost everything in the industry, from phenomenal acting to creative direction and even producing a movie. He became a box-office sensation throughout the 50s and 60s and is most notably known for his work in Spartacus as the titular character who whacked the Hollywood blacklist to pieces.

Douglas has acted with such decency and audacity in movies like Lust for Life, The Big Trees, The Bad and the Beautiful, and The Vikings that we are still talking about it even after half a century. He has earned three Oscar nominations, winning one for the movie Champion.

Kirk is also a noted philanthropist and donates to schools and medical facilities. After spending more than 50 years in Hollywood, his net worth is estimated to be around $60 million, which he promised to donate to a charity.

Fans know a lot about one of the last living icons of Hollywood’s Golden Age, but today we have come up with five lesser-known facts about him.

Were you amazed to see him dancing and having fun in a celebration of his becoming a centenarian in 2016? Yeah, we are talking about the same video Dylan Douglas, son of Michael Douglas and Catherine Zeta-Jones, shared on Instagram. Guess what? He can still dance and work out with total enthusiasm.

While appearing on Lorraine in July 2018, Michael shared that his father, who turned 101 in December 2017, still has a trainer. He shared,

I remember when dad was 90 and he had a guy that he worked out with for 30 years.

When he was 90, his trainer died aged 94, and he hired another trainer to continue his daily routine.

In 1991, a small plane and a helicopter collided above Santa Paula Airport, taking two people’s lives. Kirk, Noel Blanc and a police officer were the only survivors of that vicious helicopter crash. The actor, then 72, was taken to the hospital with a few head cuts and a rib fracture.

Later, on January 28, 1996, he suffered a massive stroke. The incident’s aftermath robbed his vocal ability and capacity to move. He soon began intense speaking therapy sessions to make partial recoveries. And here he is today, still singing and dancing on his birthdays.

Kirk Douglas, with his dismantled face, shocked many. What exactly happened to the living legend?

Kirk won the hearts of many with his cleft-chinned, steely-eyed and virile persona. But, even in his 100s, his love for movies and life hasn’t retired. He started blogging to promote his memoir, Let’s Face It, in March 2007 and has been doing that since. He became the oldest celebrity blogger in the fall of 2008. Firstly posted on Myspace, the Huffington Post has been promoting his articles since 2012.

Who had imagined that a ragman’s son would become a part of Hollywood’s royalty? Born Issur Danielovitch Demsky, he was known as Izzy Demsky before taking the stage name Kirk Douglas. He changed his name legally before joining the United States Navy during World War II.

Growing up, he used to sell snacks to factory workers to earn money and buy milk and bread to feed his family. He worked more than 40 jobs before trying his hand at acting. In his autobiography, The Ragman’s Son, he has written a lot about his father’s occupation and their struggle. Talk about hard work!

Everything you do becomes priceless when you make a name for yourself in the industry. But imagine you get paid thousands of dollars for just saying a word! That sounds unbelievable.

In 1980, Kirk Douglas and John Barry appeared in a Japanese TV commercial for a coffee. While John had a couple of lines, all Kirk got to say was “coffee.” The company paid him $50,000 for that. Easiest money ever made.

Did we miss any interesting facts about the sensational actor? Pour your thoughts in the comments.

Susan Dey made her acting debut through The Partridge Family