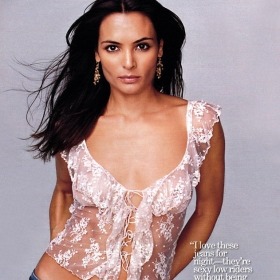 Talisa Soto is an American actress and a fiery model. Here are 10 interesting facts about her which you may not have known before.

2.    At the young age of 15, she signed with Click Management and began modeling.

3.    After few weeks of being signed, she got the chance to travel Paris where she appeared in a layout for “Vogue” which was shot by Bruce Weber.

4.    She has appeared on the covers of Vogue, Mademoiselle, Glamour, and Self, as well as in Sports Illustrated swimsuit issue.

5.    Since 1988, she has been making film appearances, beginning with the movie Spike with Bensonhurst.

9.    Later, she married actor Benjamin Bratt on April 13, 2002. The couple has one daughter, Sophia Rosalinda, and one son, Mateo Bravery.

We hope these 10 interesting facts about actress Talisa Soto will help you to know her better.