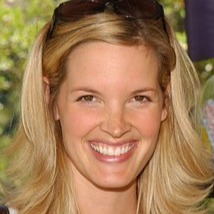 Bridgette Wilson is a ravishing Miss Teen USA. Here are 10 interesting facts about a prominent actress and model.

2. She won Miss Teen USA in 1990 at the age of seventeen in Biloxi, Mississippi.

3. After Bridgette got the fame of Miss Teen USA, Wilso appeared in shows like Santa Barbara, Saved By The Bell, The Last Action Hero, and several others.

4. Wilson completed on the school’s volleyball team, while she was in high school.

6. In 1992, the actress made her film debut in Last Action Hero as Arnold schwarzenegger’s daughter.

7. In addition to being an actress and a model, Bridgette is also a talented songwriter and singer. She has released two CDs; “I Only Wanna be with You” and “Gimme a Kiss”.

8. Wilson got the role in the film Mortal Kombat (1995) as Sonya Blade after Cameron Diaz had to drop out because of her broken wrist.

10. Wilson was a judge on the 2006 Miss Universe Competition.

Hope these facts about Bridgette Wilson were gripping to you!