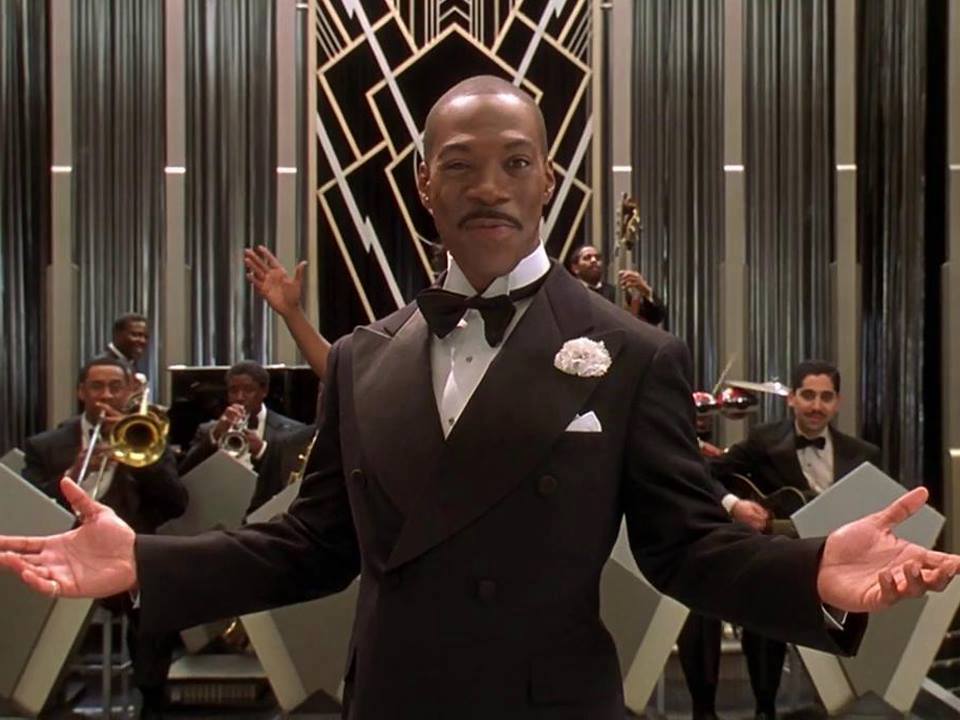 All comedians usually dream of rising as stand-up comedians and getting a role on the big screen. People love comedians, and production companies prefer casting them in movies as they add a different entertaining flavor.

However, no matter how hot they get in the industry, there’s always going to be a point or, let’s say, a misfortune in a comedian’s career which cools everything down. Either they received heavily criticized, or they stop getting calls from Hollywood. Moreover, some famous comedians can’t find work in Hollywood anymore.

The actor and comedian Martin Lawrence was one the most sought-after actors back in the 1990s when his career was skyrocketing. With popular TV shows, stand-up albums and box office hits like Bad Boys, Big Mama, Boomerang and his own Fox sitcom Martin, he was going on and on, and the sky was the limit.

However, with the beginning of the 2000s, his forlorn career started as he could not score any hit role. In Hollywood, earning big bucks is not enough to stay in business if your movies get a mere 15% or less score on Rotten Tomatoes. Unexpectedly, Martin was going through that phase.

Gradually, Martin’s career started going downhill, and his troublesome off-screen life is reckoned to have taken a toll on it. Being a subject of public outbursts time and again, police cases and allegations of sexual harassment were just more than enough for Hollywood to handle, along with the declining movie ratings of Martin. Hence, a lot of things combined with sweeping off his career.

Eddie Murphy and his history in Hollywood

Eddie Murphy’s career as an actor, stand-up comedian and voice actor took off in the 1980s when stand-up comedy was at its height. People mostly remember him from hit movies like Nutty Professor, 48 hours and Trading Places and recognize his voice work as Thurgood Stubbs in The PJs and the Donkey in the Shrek series. But, the Academy Award nominee lost his charm when his movie, Pluto Nash, became a box office bomb. His other films, like Dr. Dolittle 1&2, Meet Dave and I spy, also weren’t received well by the critics.

Well, Eddie has admitted that those were his worst movies, and, with all the fortune he has amassed from his previous work, he opts to wait for better roles rather than just sneaking in what comes in his door. Fans can expect him to be on the big screen again.

Michael Richards was just another ordinary actor and comedian before his career started booming in the 1990s. He got prominence for his role as Kramer in the hit sitcom Seinfeld and other hit movies like Young Doctors In Love, Airheads, Problem Child and Coneheads. He even received three Primetime Emmy Awards for Outstanding Supporting Actor in Seinfeld.

Michael’s career got smashed when he pointed out an African-American person and called him the ‘N-word in 2006 at a comedy club in LA. With that incident, he received a huge backlash and earned notoriety in no time. He later apologized for his behavior through David Letterman’s show, but that was just not enough for him to revive his career.

David Adkins, mostly known throughout the world by his stage name, Sinbad, was one of the best stand-up comedians who gathered immense popularity in the late 80s and 90s for his self-deprecating and relationship comedies. He became well known for his work in the films Necessary Roughness, Houseguest, First Kid, Jingle All the Way, and Good Burger.

Though he has been touring as a comedian since 1983, his work has been unnoticed by a large audience in recent years. One can swing on both sides in the “hot or not” thing. As Sinbad himself admitted, people get caught up in the new flavors. Sadly, it is the bitter truth, and the roles which could be a big break for him are slipping to the younger and newer comedians.

The higher you go up, the harder you fall. That’s what happened to Pauly Shore. In the 80s and 90s, when MTV was the biggest channel out there, Pauly Shore was the only star who hosted a show and drew the attention of a huge teen audience.

The big screen also worked out for him with box office hits like The Encino Man and Son in Law. However, his role as a stoner in a few movies didn’t work out well for him later in his career. His movie, Bio-Dome, became one of his unsuccessful works. Moreover, the movie stood at one rate and scored such a small figure on Metacritic. Gradually, his Hollywood career fell out.

Mike Myers rose to fame from Saturday Night Live as a featured performer and became a star in hit movies like Wayne’s World, the Austin Power trilogy and the Shrek series. But then he completely disappeared from Hollywood after his role in the box office flop, The Love Guru.

The comedian lost his mojo after the movie, and it seems he hasn’t found it yet. Mike told GQ that he had received only 15 scripts since 1991, and he has turned all of them down. It means there’s minimal chance to see him on the big screen again!

Jason Biggs and his journey

Young viewers might remember him from Netflix’s Orange Is the New Black, but he was all over the place in the early 2000s when he starred in the American Pie franchise. Even though the movie had other stars like Sean William Scott and Alyson Hannigan, he was able to make a spot for himself in the movie.

However, having a talent might not fulfill all the requirements that can stick you in Hollywood. Jason received backlash when he joked about the Malaysian Airlines plane that disappeared in 2014 and Ann Romney and Janna Ryan during the Republican National Convention. His numerous offensive tweet gaffes and sexist remarks did nothing more than toll off his PR and his uprising career.

The quick-witted, edgy, and a bit goofy character of TJ Miller was enough for the audience to fall in love with. But, his substance abuse didn’t work out at all. TJ, famous for his role in hits like Deadpool, How to Train Your Dragon and Silicon Valley, became weirder every day.

He was let go of the show Silicon Valley due to several issues caused by his substance abuse. Reportedly, his acts like showing up late on the set and sometimes sleeping on the sets caused problems to his career. But, he vehemently denied the acts. Just after a month of his departure from the show, the actor was arrested for calling in fake bomb news on an Amtrak train and was accused of sexual assault. Numerous reasons put his career on halt.

In Rush Hour movies, Chris Tucker became widely known for his role in Gary Gary’s Friday and for facing Jackie Chan. The actor earned a lot of money in the Rush Hour movies and was turning down all the scripts he received in search of distinctiveness in the role.

However, as of now, Chris is spending a lot of time in charities and is just waiting for “something that excites [him], that is different and fun.” So, what’s the probability of him getting back on the big screen anytime soon?

Referred to as the undisputed king of comedy by GQ in 2014, Louis is the one who sold out all the tickets in Madison Square Garden eight times over. He has also won six Primetime Emmy Awards and a Grammy for two stand-up albums. The fame and popularity faded when five women charged Louis with sexual misconduct allegations, which he later admitted.

That incident cost him his career with his movie I Love You, Daddy. Moreover, the movie was canceled right before the premiere. Furthermore, his co-stars stated that they would not participate in promoting this film.

Which one of the comedians would you love to see back on the big screen? Mention them in the comments.

10 Facts About ‘Venom’ You Should Know Before Watching The Movie