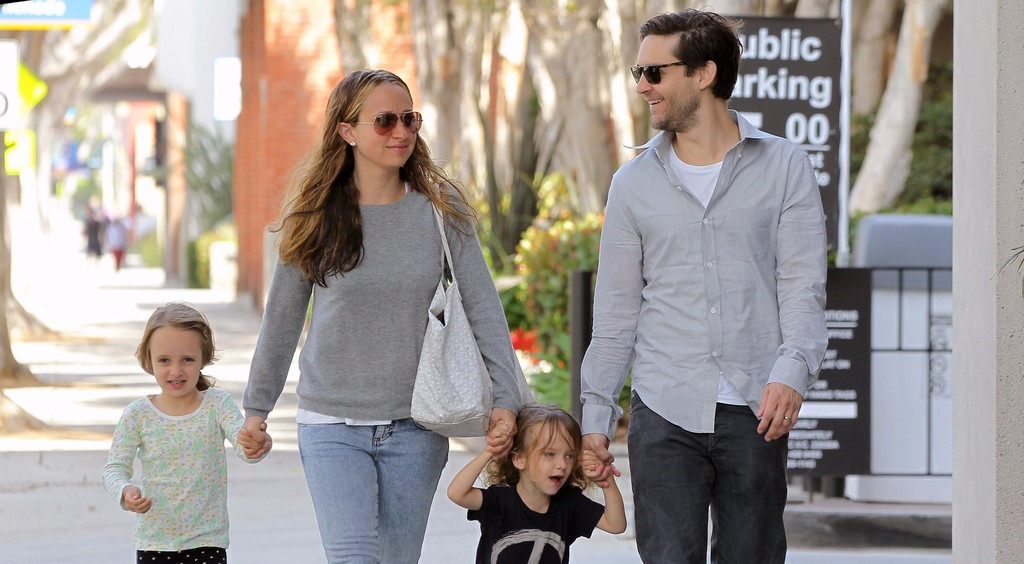 Tobey Maguire is a California-born actor widely known for his amazing performance in the role of Spider-Man in the Spider-Man sequel movies. He is also a film producer and his productions are a 25th hour and Whatever We Do.

Born on June 27, 1975, Tobey was born in Santa Monica of the United States. He was an aspiring chef in his early days. However, an offer of $100 to take drama classes enticed Tobey towards acting. As we can see, it was the best decision he could make.

Maguire entered the Hollywood world by debuting in the 1989 film The Wizard. In the 1990s, he struggled to get into any movies and if he got, it would just be a supporting child actor. Even after he was 20 by the 2000s, Tobey was still playing as an adolescent in the movies. However, during that time, Maguire was able to build up connections by playing side by side with the most famous artists such Chuck-Norris.

In the early days of his rise, Maguire had to compete with his fellow rising star Leonardo DiCaprio. In contrast, the friendship with DiCaprio later proved to be much more fruitful to Tobey as Leonardo had started to recommend him as supporting actors. Anyway, this wasn’t what Tobey was looking for. He wanted a strong position for himself in the Hollywood industry.

Starring in Spider-Man made Tobey the most famous superhero in the world. He gained a sudden rise in his popularity and his salary as well. Later, he was featured in the sequels as well in 2004 and 2007.

Gradually, Tobey Maguire again became a fading star as he moved on from the Spider-Man sequel. He started producing and starring in his own movies which didn’t get much popularity and not much commercial success as well. Recently, he starred in the movie Pawn Sacrifice which is widely acclaimed by the critiques as well as audience.

Tobey Maguire was born to mother Wendy and father Vincent Maguire. All four of his brother are from step-mother.

Maguire met his wife Jennifer Meyer in 2003 while hewas shooting for the film Seabiscuit. The couple remained together for the next three years before deciding to engage in 2006. A year later, the couple had a baby girl who was named Ruby. In 2007, Tobey and Jennifer married in the beach of Hawaii. Later in 2009, Maguire family was blessed with a second child – a son.

Tobey has been widely recognised as one of the greatest actors of this century. He has also been the winner of Saturn Awards for the best actor in 2004. Besides, Maguire has been nominated in numerous awards around the world. Most prominent nominations include the Golden Globe for Best Performance in a drama and MTV’s Best Male Performance award.

Tobey Maguire has more than 118k followers on Twitter.