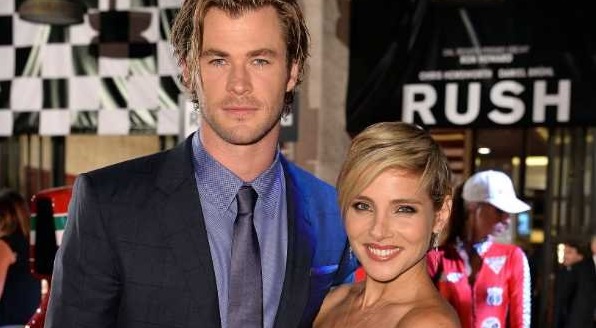 Chris Hemsworth and his lovely wife Elsa Pataky have been married for the best part of six years now. In these times the coupled have encountered various ups and downs. But never the couple had to deal with the rumors of divorce or extramarital affairs.

Well, now the Australian actor is fed up with the rumors of him having marital issues. He is tired of reports suggesting that he is splitting with his wife Elsa Pataky.

The Australian actor who is not best known for responding to react to tabloids, broke his silence on Monday to respond to a Women’s Day article which questioned if the couples are heading in for “Hollywood’s next big split?”. Besides that, the publication also quoted that, “their relation is on the rocks and they are currently living apart.”

Looking for a new wife according to @womansdayaus and other misleading outlets! Honey you still love me right?! @elsapatakyconfidential #thanksfortheheadsup

In response to the quotes made by the publication, the actor posted a picture of him and his wife and said, “Looking for a new wife according to Women’s Day and other misleading outlets! Honey, you still love me right?” He in his response also added the hashtag, “Thanks for the heads up”.

Supporting her husband, Spanish actress Elsa Pataky also took to Instagram posting a picture of the pair enjoying quality time together along with their dog. She captioned her picture saying, “Always and forever”.

The same magazine published an article “Close Friends” which read, “They’ve decided they need space, and they’ve been taking a little break from each other. Hopefully, it will be a case of absence makes the heart grow fonder, but they definitely appear to have some issues that need to be sorted out.”

The Thor star and Spanish actress reside in Byron Bay on the NSW North Coast along with their four lovely children’s, India, Four and two-year-old twins Trist and Sasha. Their family looks like a peaceful one and the couples look like a match made in heaven.