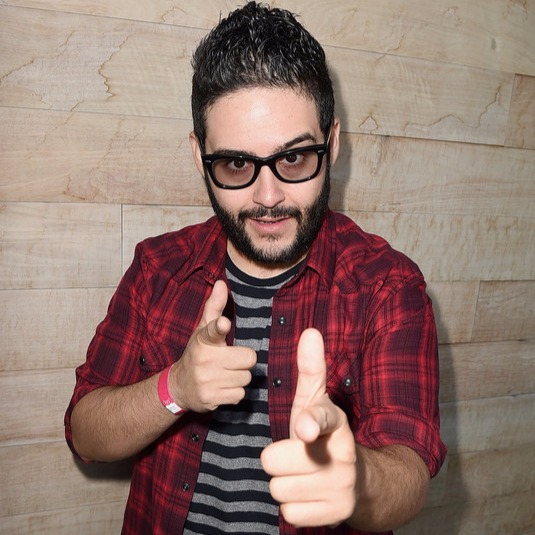 Steve Zaragoza, aged 33, is a Mexican-American online personality. Steve is a creator of one of the most adored dance move known as the Endless 2-Step. He is also recognized for working on the current events & news series, SourceFed.

Famous YouTube star, Steve Zaragoza was born on 9th June 1982 in Los Angeles, California, United States of America. He holds an American nationality. His education background is yet to get disclosed to the public.

Steve Zaragoza began his career journey with appearing in the music video of Buckcherry titled as Too Drunk…. Following two years of that in 2009, he got himself involved in the filmmaking business. He received wide appraisals for his work in the sound department for the animated comedy movie Cloudy with a Chance of Meatballs.

In his early day’s career, he appeared in one of the episodes of television series 1000 Ways to Die. Before taking footsteps in the movie world, he had work experience as a sound designer at Sony TV. In March2012, he got involved as recurring host of news website SourceFed.

Steve Zaragoza further rose to prominence when he collaborated with the renowned YouTube icon, Dane Boedigheimer. Till date, he has earned wide ubiquity through appearing in many YouTube series.

His most noticeable voice work came as voice actor Ned in the animated series The Misfortune of Being Ned. In 2014, he appeared in the collaborative series called Frankenstein MD. In the series, he played the character of Iggy DeLacey.

Considering his brilliant performance in Frankenstein, MD, he got a chance to appear at LeakyCon 2014. Steve’s recent work experience came as a host of the Mostly Harmless in 2016.

Presently, he is busy working on his personal YouTube channel where he frequently performs a unique style of comedy. His unique skill has helped him to reach a great height of success in a very short time. Steve once earned a nomination for the Shorty Award in the category of Best YouTube Comedian.

Steve stands with a height of 5 feet 10 inches and has a well-built body. Talking about his personal life, at present he is living a single life but he was once married to Sara. He spent nine long years from 2006 to 2015 with his ex-wife.

Most of his personal life information is under the wrap. His dating history after separating with Sara has not been disclosed. However, Steve shares a special bond with actor and writer Bree Essrig. He frequently posts funny pictures with her on his Instagram.

Despite getting recognized worldwide for his online work, his total net worth has not been revealed to the audiences till date. Nevertheless, other happenings and incidents of his life can always be viewed through his social media pages like Facebook and other sites.