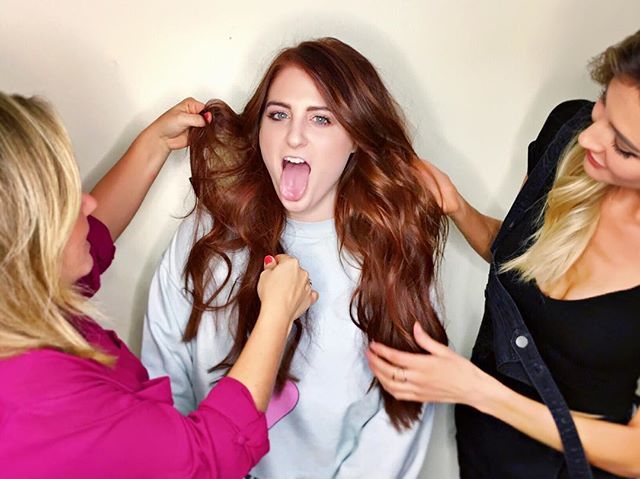 Meghan Trainor has proclaimed a huge amount of success in her career. But the All about the Bass singer was still to hit the jackpot in terms of her love life. Well now, there is rain in her dry romantic life and she has Chloe Grace Moretz to thank for the rain.

The singer is currently enjoying some blissful moments with her new romantic partner Daryl Sabara. The Better songstress and the Spy Kids star met while Meghan was on her musical tour.

The Grammy-winning singer seems excited by the prospect of being in a relationship.

Speaking about her romantic life the singer said, “Yeah, this is the first time having a boyfriend and being public with it, not the first time ever but in the famous life.” She made the comment about her love life in Chelsea Handler’s Netflix show which premiers today.

The 22-year-old singer made her relation public earlier this month with an adorable picture of her and the spy kids actor through Instagram. Although the singer may have confirmed their relation earlier this month, it appears that the duo seems to be dating for three months.

Things were made pretty easy for the singer as she didn’t have to make hard efforts to find a romantic partner. A close friend of the singer brought Daryl to Megan’s attention and thereafter acted as a cupid.

Trainor further explained how she would ask every person whether they know someone that the singer could date. “I asked every person I met since day one, ‘Find me a boyfriend!’ Like, especially new friends too” she said on the Netflix show.

We did it! We survived an entire tour without canceling any shows! ❤️Thank you @darylsabara for being so amazing

The singer further went on to say, “Chloe Grace Moretz is a friend of mine, and day one of meeting her, I was like, “You know anybody that I could date? Or love? Whatever.”

Chloe, after the singer asked her for someone that she could date, opened about the Spy kids star Daryl Sabara labeling him as one of the “nicest guys” in the world. Megan first was surprised to hear about Daryl but later after she met him, the two felt attracted towards each other.

The so in love couple looks lovey-dovey together. While in the tour, the duo spent quality times together, which surely would have helped them to build a good rapport in between them. The two were very close on the tour that they finished writing three songs together.