Does Simone Biles, age 19, have boyfriend? Her thriving gymnastic career & splendid net worth 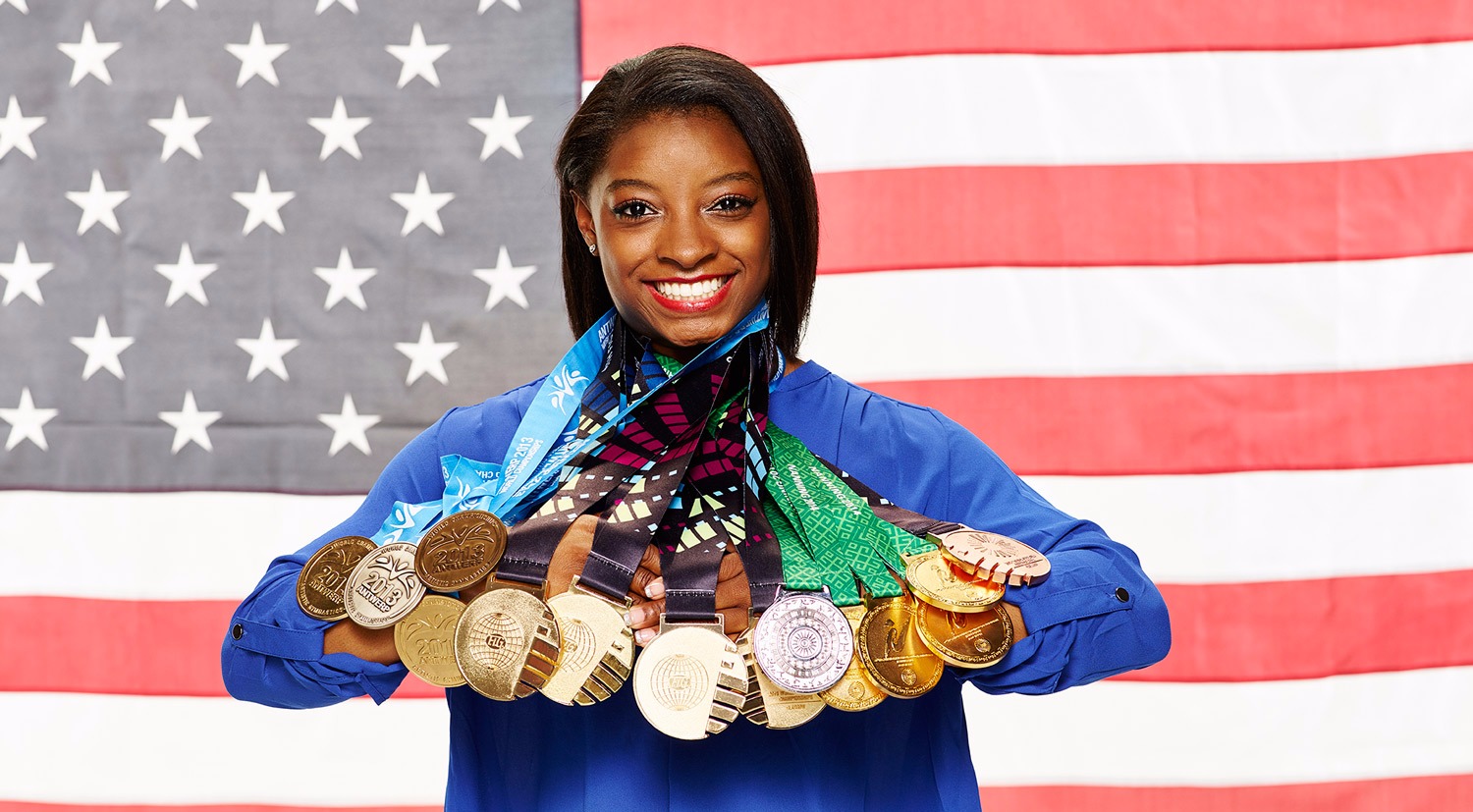 Simone Biles may have a boyfriend and it’s Brazilian athlete Arthur Mariano. With his boyish charm, it’s not hard to see why the queen of gymnastics has fallen in love. And, winning a gold medal at the 2016 Summer Olympics was a huge deal & it has certainly raised her net worth.

Is 19 a young age to fall in love? Well, certainly not for Simone Biles. The 19-year-old girl has become close to 22-aged Arthur Mariano. It’s no surprise that Simone was drawn by his cute smile.

So, guys, you’re crazy about Simone Biles and her hunky athlete boyfriend, Arthur. To be honest, who wouldn’t be?

Now that 2016 Rio Olympic has already bid us goodbye, but what has never left our sight is the picture with Arthur posted by Simone captioning “My Brazilian boyfriend”. And soon the romance rumors between two Rio Olympians started to stir-up.

Since then, everyone has gone crazy with the duo’s cute friendship, Yes friendship. You must be thinking ‘friendship, how’ ? Well, it happened when both of them clarified their relationship with a friendship tag.

But for a few excited fans, their willingness to be photographed as a couple, hugging and sharing kisses with each other is a different story.

And while the flirtatious chitchat between Simone and her longtime crush, Zac Efron is warming millions of hearts, it’s also making her someone special a tad jealous. Her alleged boyfriend, Arthur, got totally jealous after Zac kissed Simone on the cheek.

Arthur wrote “Hey @zacefron I saw her first… she is my girl” and posted the below picture on Instagram.

Reportedly Simone and Arthur aren’t dating but their pictures posted on social medias showcase the different nature of their friendship. Unless both of them come public with what kind of relationship they are in, nothing can be said.

Simone started gymnastic at age six when she went to gymnastic institution & started taking the training there. The coach noticed her talent & mentored her personally. By 17, she was already racking medals/awards at international competitions.

The Olympic gold medalist has been on a consecutive winning streak, winning three world championships & four US championships.

The only woman to win 14 world championship medals, Simone is so talented that her tough tumbling pass was instantly dubbed as “The Biles”. It is Simone’s electric & energetic performance quality that makes her a Champion.

Sorry fans! Looks like Simone isn’t dating Arthur Mariano after all, even though she calls him her “international boyfriend”. But seeing Arthur be jealous over Zac Efron kissing Simone Biles, we doubt that they are just friends.