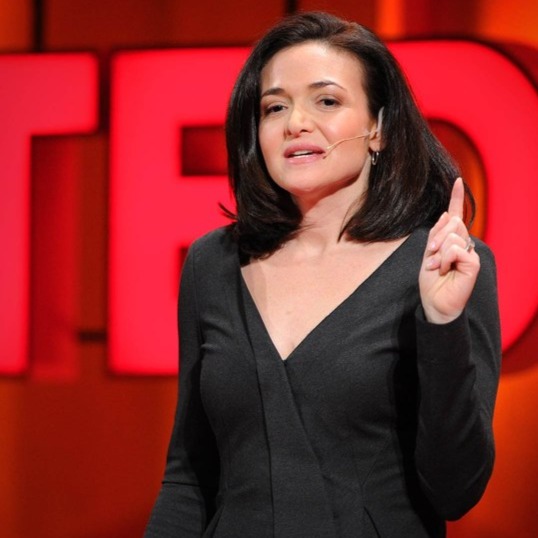 Sheryl Sandberg is the Chief Operating Officer of Facebook as well as the founder of Lean In Foundation. Former Vice President of Global Online Sales and Operations at Google, Sandberg served at United States Secretary of the Treasury, Lawrence Summers, before Google. She is the first woman to be the member of the board of directors at Facebook.

Born in 1969, Sandberg’s birthday falls on August 28. Sheryl joined Harvard College from where she achieved a Bachelor’s Degree in Arts in 1991. She was also awarded the John H. Williams Prize for topping her studies in economics.

She received her Master’s Degree in Business Administration from Harvard Business School in 1995 with the highest distinction and made her way to U.S. Department of the Treasury under President Clinton administration.

It was in 2000 that she left her job when the Republicans swept the Democrats out. She then moved to Silicon Valley and joined Google Inc in 2001. She was recruited as Vice President of Global Online Sales and Operations. Her tenure lasted from November 2001 to March 2008 as she was hired by Mark Zuckerberg as the COO of Facebook in March 2008.

She looked after sales, marketing, business development, public policy, human resources and communications and quickly made Facebook profitable by relying on advertising. She boosted the revenues by 66-fold in Facebook.

By 2012, she was included on the boards of Directors of Facebook. She entered the board of The Walt Disney Company in 2009. Former board member of Starbucks, she is also the board member of Women for Women International.

In October 2012, Sandberg was reported to have stock units (nearly 34 million) of around $790 million. Facebook withheld some stocks and left her around $417 million. She sold 2.4 million of her shares worth $91 million and sold half her shares in Facebook in 2014.

She donated $31 million in Facebook stock to a charitable fund in November 2015. Now she is left with a total of 17.2 million shares, worth $1 billion.

An inspiring personality, Sandberg has given a speech for TED titled Why We Have Too Few Women Leaders, Commencement speech at the Barnard College and at the Class Day ceremony at the Harvard Business School in 2012 and much more. The successful business woman is also an author of best-selling book, Lean In, which was published on March 11, 2013.

Talking about her achievements, She has been ranking on Fortune Magazine’s one of the 50 Most Powerful Women in Business since 2007. In 2009, she was ranked one of the 25 Most Influential People on the Business Week. Forbes put her on the ninth spot on their list of World’s 100 Most Powerful women.

She was included in the list of 100 Most Influential People in the World by Time in 2012. Her first Book ‘Lean In’ got enlisted for the Financial Times and Goldman Sachs Business Book of the Year Award in 2013.

Born in Washington DC, she was raised in a Jewish family. She is the daughter of Joel Sandberg, an ophthalmologist and Adele Sandberg, a college teacher.

She was only two years old when her family moved to Florida. Oldest among the three children, she attended North Miami Beach High School. She always used to top her class.

Sandberg was 24 years old when she got married in 1993 to Brian Kraff and divorced a year later in 1994. Her second marriage was with Dave Goldberg in 2004. He was an executive in Yahoo! and later CEO of SurveyMonkey. They had two children together.

Goldberg died on May 1, 2015, at the age of 47, after suffering from cardiac arrhythmia while they were on a vacation in Mexico. She ended up being a single mother to her two children.

She believes in staying fit.Her body measurement is not known but she has maintained her body quite well and still looks gorgeous and younger than her age. She stands at a height of 5 feet 8 inches.

Sheryl Sandberg recently delivered a commencement address at the University of California Berkeley’s Class of 2016 where she publicly spoke about her husband’s death for the first time. She is still associated with Facebook as COO.

Her net worth is estimated to be $1.42 billion as for 2016. She serves as the member of Facebook’s board of directors, board of The Walt Disney Company, the board of Women for Women International.