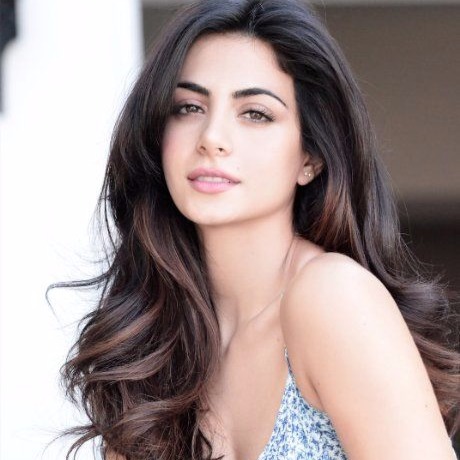 Emeraude Toubia, well-known as Isabelle Lightwood of fantasy series Shadow hunters, is dating singer Prince Royce and it has been confirmed. Emeraude has been spotted with her alleged boyfriend Prince multiple times in various events.

Gorgeous actress, Emeraude has made many people crazy with her smoking hot appearances through her numerous movies and TV series. She has alluring and perfect looking body measurements size, no one will deny it.

Emeraude is supposed to be dating the dashing singer, Prince Royce since quite a long time. Last year in 2015, they even attended Lattin Grammys together.

That same year, the rumor of them being a couple appeared to be true when Toubia was featured as Prince’s love interest in his music video Culpa Al Corazon.

Both of them have oftenbeen in the news with their evolving love story and finally after dating over a year they have admitted to being in a relationship.

A few years back, Toubia and Royce met for the first time at some restaurant with their friends. Recently in an interview, the couple shared some interesting information about their love story.

Emeraude revealed that after their first meeting, she got attracted to Prince which made her curious to know him better.

Have a look at the interview video where Emeraude and her beau Prince Royce shared some interesting stuff.

It appears that she was the one who took an initial step in their love relation. Toubia also uncovered that Prince was about to meet another girl that time. But fortunately, she got close to his heart first.

The astonishing actress seems to be truly in love with the 27 years old singer Prince. She loves his fighting spirit and never giving up attitude. He is very clear about his dream and it has surely brought her close to him.

Some years before, Toubia was not confirming that she was in a relationship with Royce. But at that time we all were getting the hints that the two were dating as she was making such a high remark and praising Prince.

Their love connection appears as real when Emeraude stated that she really takes care and appreciate what he has done for her. She also admitted that she adores him a lot.

The girlfriend of a handsome singer Prince Royce, Emeraude is also an eye captivating lady. She looks absolutely stunning in her movie and television appearances.

Emeraude possesses a provocative and bold body measurements of 34-24-35 inches. Toubia has an average height of 5 feet 3 inches and looks irresistibly hot in revealing dresses. She has even exposed her hot body in attractive and fashionable attires many times.

Sexy Emeraude Toubia and Prince Royce makes a really nice couple together. The rumors that flung in the media regarding the status of their relationship is finally over sine it has been officially confirmed that the two young and famous celebrities are in a relationship. All the very best wishes to Emeraude Toubia and Prince Royce for their future days!!