Skip to content
Home » Entertainment » Openly gay Nick Grimshaw rumored to have a boyfriend. Check out how handsome he is along with his fondness for tattoo

Openly gay Nick Grimshaw rumored to have a boyfriend. Check out how handsome he is along with his fondness for tattoo 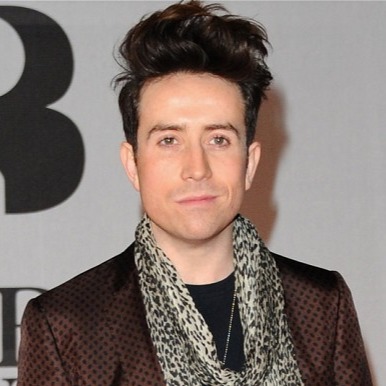 Nick Grimshaw, who is openly gay, is rumored to have a boyfriend named Michael Mayren who happens to be a photographer. Let’s know more about Michael and his fondness for tattoos.

Started as friends, seems like Nick Grimshaw and Michael Mayren are ready to upgrade their relationship.

Though Nick Grimshaw states that he’s ‘just friends’ with Michael Mayren, rumor surrounds them as couple.

Judge on The X Factor, a clothing line for Topman and anchor of his Radio 1 Breakfast Show, his professional life is taking a flight to success. And, so is his personal life.

First started as friends, Grimshaw and Mayren took their friendship to a different level. The DJ has been hanging out a lot with the successful photographer lately. Nick even celebrated Michael’s birthday by accompanying him to the Babington House Hotel.

“They have lots of things in common and have been hanging out a lot. After spending much of Glastonbury in each other’s company they celebrated Michael’s birthday with a trip to the nearby Babington House hotel”, a source told The Sun.

If rumors are to be believed, they came closer after Michael separated from his boyfriend. While there are speculations of them being together, a spokesperson for Nick insisted on them being “just friends”. A pic of Michael snuggling with Nick’s dog was found. Even the dog is comfortable with him.

The shark and the pig. @michaelmayren

Though their relationship is not official yet, their near ones also assumed they are going to be in a relationship soon. Seeing their pictures on Instagram and Twitter, it surely seems that they are more than friends.

Mayren is one of the most successful photographers whose pictures have been featured in top magazines and is lately the talk of the town for his numerous tattoos.

It won’t be a mistake to say that Michael’s body is a canvas. His face, neck, arms and legs are covered with several large tattoos. He has a large shark tattoo on the side of his face. Even his Instagram name reads @sharkonyourface. How cool is that!!

Nick revealed his sexuality and came out as gay but says he never felt like coming out as he always knew about it from very young age.

“I never felt as an adult that I even had to come out. I only feel like you’re coming out if you’ve been married, or pretended you were straight," is what he had to say in an interview with Radio Times.

He continued, “I never had any false thoughts in my brain. I didn’t have three kids and then go, ‘Guess what guys?’ There were no bulletins to be delivered because it was all I ever knew.”

To come out as gay was not a big deal for Nick but he is taking enough time to reveal about his boyfriend. Whether Michael Mayren and Nick Grimshaw are in the relationship or not is yet to be officially confirmed, besides Michael's photography and crazy tattoos have created curiosity among people.