Newscaster Robin Roberts almost died of cancer. Find out her salary and net worth 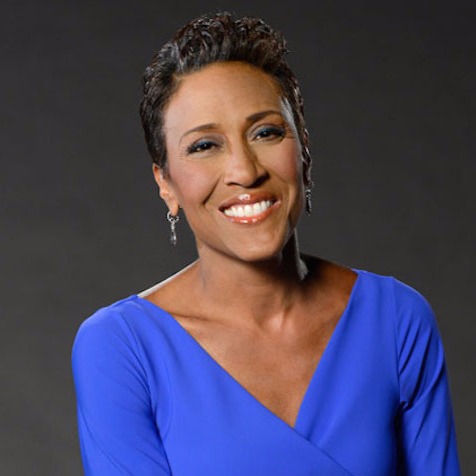 She resumed her career on 20th of February 2013, appearing on Good Morning American ever since she had started treatment. The entire world was stunned to see emotional return & happy reunion with the co-worker. The show was a big hit, earning the best rating: one million audiences watch the show.

She made headlines once again in July 2013 as she received the Arthur Ashe Courage Award. At the beginning of 2014, she announced that she was a lesbian.

Robin Roberts has won the battle against cancer to become an inspirational model to other cancer victims. In the same way, Robin Roberts struggle in the industry has made her an exemplary woman for earning a huge salary as much as $8 million and for amassing a whopping net worth of $25 million.

Robin Roberts, a popular face in the journalism industry has courageously survived two fatal diseases: breast cancer and the Myelodysplastic syndrome that nearly took her life.

The bold and beautiful newscaster is currently associated with ABC network and earning an annual salary of $8 million. The huge salary she is receiving from the station has helped her to amass a net worth $25 million till date.

The brave television personality has been an inspiration to all those who have been battling with cancer. However, overcoming the illness was not easy for this heroic anchor either. Co-anchor of the Good Morning America opened up about the darkest night whilst recovering from a life-threatening illness in an interview with ‘WebMD Magazine’ in its tenth-anniversary issue.

Robin Roberts Expressed her pain and fear with ‘WebMD Magazine’

“One-night post-transplant I was convinced I was slipping away”. She continued “And then I heard a voice saying my name over and over again, there was a nurse named Jenny pleading with me not to slip away. I don’t know what would have happened if she wasn’t there.”

“I really appreciate that he [Dr. Sergio Giralt, MD, chief of the adult bone marrow transplantation service at Memorial Sloan Kettering] asked me if I would be part of a clinical trial,” she continued. “There’s a reason why, as a black woman, you’re told which is hard to hear that you’re less likely to get cancer but more likely to die from it.”

After beating cancer, following eight chemotherapy treatments and six and half weeks of radiation treatment, she was diagnosed with another fatal disease MSD.

An alumnus of Southeastern Louisiana University, the veteran journalist stepped into the journalism world in 1983 as a sportscaster for WDAM-TV. Throughout her career, she has worked in multiple highly regarded sports channel, including ESPN.

Four times Emmy award-winning journalist is currently co-hosting ABC’s “Good Morning America”. She has been honored with several awards for her unparallel contributions to the journalism industry.