Skip to content
Home » Entertainment » Never been married, devoted father to son David Lucca, Neymar Junior is a family person. Rumored to be dating Chloe Grace Moretz, will she be his wife? More on his child

Never been married, devoted father to son David Lucca, Neymar Junior is a family person. Rumored to be dating Chloe Grace Moretz, will she be his wife? More on his child 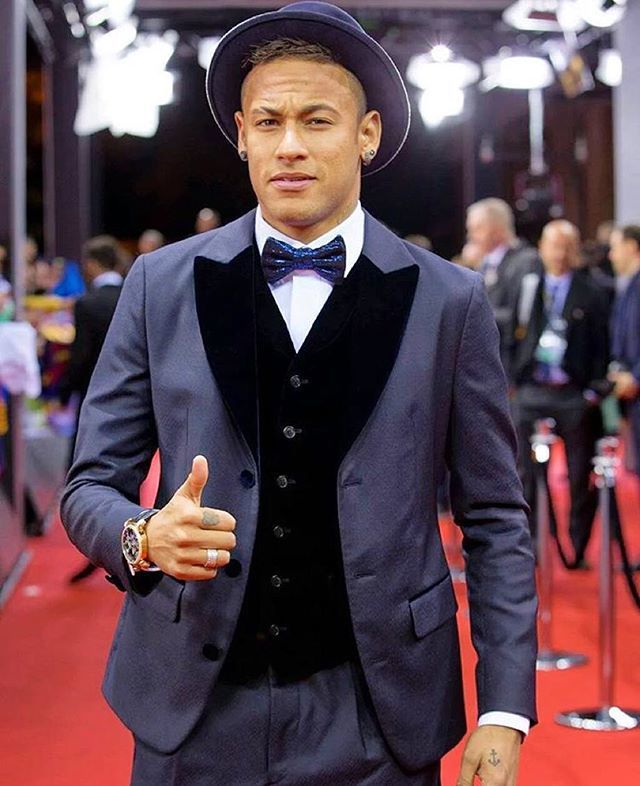 Neymar Junior’s personal life is riddled with rumors. American sweetheart, Chloe Grace Moretz, is the newest female celebrity rumored to be dating the bachelor. But, could this one be more than just a rumor? Also, you will be stunned after knowing that Neymar isn’t married & is currently co-parenting his 5-year-old son, David Lucca.

Neymar Junior is a Brazilian soccer prodigy who has lived up to the big expectation by his four consecutive Player of the Year award wins by age 21. The legacy of this man in football arena is quite prosperous but what exactly bring us here is his private life scenario.

Hold on to your seats because this one’s about to get real!

Neymar created an online sensation after appearing with American actress Chloe Moretz, on her Snapchat. Neymar and Chloe have got tongue wagging after they got cozy in a Snapchat video in Paris. The video raises questions like ‘are they dating?’

Look at these lovelies, Neymar and Chloe, they could be seen leaning toward each other as they friskily posed for the pictures. Giving peace signs they both posed together, which we suppose is in one of Paris’s club (guessing from the noises on the posted video).

It was the very first time fans have seen them getting so comfy, so what’s going on? Over the course of time, Chloe hasn’t kept her crush for Neymar a secret & has shared multiple of gushing tweets.

In one, she tweeted “Neymar’s a cutie”, but later added, “No not my Neymar”.

NO NOT MY NEYMAR

Since then, they have shared some more tweets, photos & video, but both of them haven’t come forward to reveal their relationship status. So, for now, it a hush-hush situation.

Oh, to be young & a father, that must be challenging yet worthy. Neymar Junior became a father in August 2011, when his ex-girlfriend Carolina Nogueira Dantas gave birth to their child,weighing 2.81 kg, in Sao Luiz hospital.

As Neymar & Carolina are not together anymore, the 5-years-old cute David lives with his darling mother but is regularly visited by his daddy. Additionally, David is a popular figure in his father’s social media sites, including Instagram.

Neymar and Carolina were teenage sweethearts and welcomed their son at the age of 19 & 18 respectively. The couple somehow broke up & as now, Neymar is busy with his football career while Caroline is studying medical science. The ex-couple is in friendly terms, and they are raising their only son, David Lucca.

In any other circumstance, we would say all the theory of the new love birds pairing was simply just an assumption and the two are just friends. Fans of Neymar Junior and Chloe Grace Moretz may have different views on their potential romance.