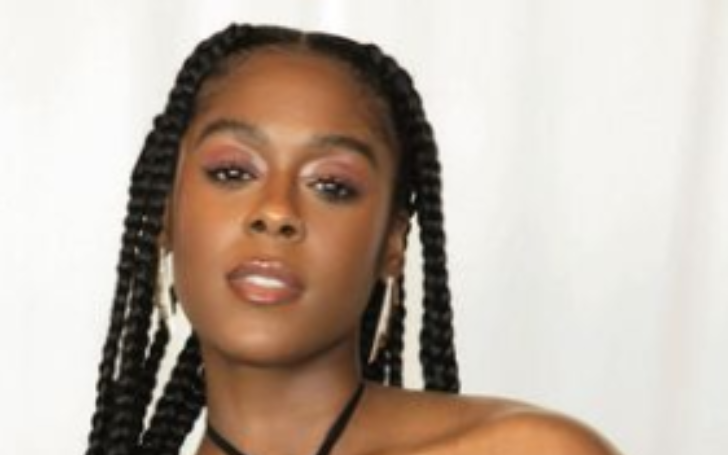 Monique Denise Ingram, aka Moses Ingram, is an American actress gaining fame as Jolene in the Netflix drama The Queen’s Gambit. The said part brought Ingram the most attention and success. Due to her performance in this part, the star in her late 20s was considered for the Primetime Emmy Award in the category of Outstanding Supporting Actress in a Limited or Anthology Series or Movie.

In the Disney+ miniseries Obi-Wan Kenobi, Denise played the part of Reva Sevander/Third Sister. This role helped Moses get widespread recognition. After her role in many successful shows, Ingram boasts an amazing net worth.

On February 6, 1994, Moses Ingram was born in Baltimore. She is one of six children of her mother and stepfather. Her mother was employed in child care, while her stepfather worked in city operations. Her mother and a Windsor Hills Elementary School teacher signed her up for an after-school theatrical program when she was 10.

Ingram later enrolled at the Baltimore School for the Arts, receiving her diploma in 2012. She turned down an invitation to study at Howard University in 2012 because she could not afford it and enrolled at Baltimore City Community College that year. Her advisor suggested she continue performing and try out for plays in the local area. Since the school Ingram went to had no theater program.

In addition, Moses applied for several scholarships and part-time jobs to pay for her education. She has an associate degree after completing her studies.

In 2015, Ingram was the winner of a competition held by the National Society of Arts and Letters on the regional level, and she came in fourth place on the national level.

Moses got a scholarship and subsequently enrolled in the school in the autumn of 2016. She went by the name Moses for a while before enrolling at Yale. She was honored with the Princess Grace Award in 2018.

Ingram’s starring performance as Viola in an Afrocentric adaptation of William Shakespeare‘s Twelfth Night earned her acclaim during her final year at Yale, where she had previously studied. In June 2019, she received her Master of Fine Arts degree.

Talking about Moses Ingram’s love life, she is currently single. She is more focused on her career. Her professional life may be open and honest, but her love-life-related information is private.

According to Ingram’s social media account, she is not romantically involved with anyone. But she might be hiding her relationship from the general public.

Moses Ingram’s net worth is $500,000 as per Celebrity Net Worth. Likewise, she accumulated her fortune through her successful acting career.

Ingram’s exact salary is unknown. The average salary of an American actress is $60,001.

One month after Moses Ingram graduated, she went to New York City to try out for a part in The Queen’s Gambit and got the part of Jolene, Beth‘s friend from the orphanage in the series. As a result of her performance, she was a candidate for the Primetime Emmy Award in the category of Outstanding Supporting Actress in a Limited or Anthology Series or Movie.

After that, Ingram worked in the ensemble drama The Same Storm, directed by Peter Hedges. She also played the role of Lady Macduff in Joel Coen‘s The Tragedy of Macbeth, which made its debut at the New York Film Festival in September 2021.

In 2021, Moses had a role in the film Ambulance, directed by Michael Bay. In light of her Emmy nomination and these roles, Variety named her one of the ten actors to watch in 2021. She played the role of Reva Sevander/the Third Sister in the Star Wars spin-off miniseries Obi-Wan Kenobi, which aired on Disney+. Reva Sevander is an Inquisitor who attempts to hunt down the remaining Jedi following Order 66.

Ingram will appear in two miniseries titled Lady in the Lake, which stars Natalie Portman, while the other is The Big Cigar, which stars André Holland.

Moses Ingram got hundreds of direct messages on Instagram, including death threats and racist abuse, samples she disclosed on May 31, 2022, for her portrayal as Reva Sevander in Obi-Wan Kenobi. As a result, Disney and her colleagues, such as Ewan McGregor, came to her defense.

In a video uploaded to the official Star Wars social media channels, McGregor condemned the bullying remarks and stated,

“if you’re sending her harassing messages, you’re not a Star Wars fan in my mind.”